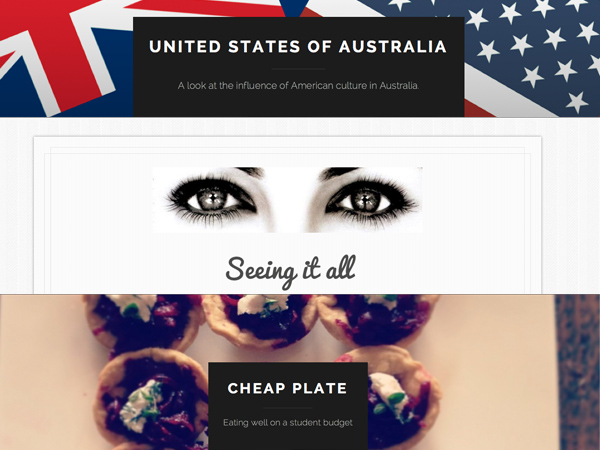 Is Australia becoming Americanised? Who are the up and coming stars of Australian cricket? And what is freestyle rap and how do you become good it?

These are just some of the questions being explored by students at La Trobe University in their new blogs. For the second year running, we’ve asked everyone enrolled in the first-year subject The Emerging Journalist to set up a blog on a topic that they feel passionate about, and to curate a Twitter list that will function as a news feed for their chosen theme.

Why blogging in a journalism degree? After all, “blogging” isn’t synonymous with “journalism”. But blogging can help students (and not just students) develop a personal brand by improving writing and research skills, and developing an understanding of what it takes to build an audience. As British journalism educator Sue Greenwood puts it: “blogging shows would-be journalists that the point of writing a story (or making a video) is that someone who cares about the subject will read it”.

So here’s the list so far (and it’s growing) of the blogs and their authors. Between them, they explore everything from politics to fashion and football and culture.Take a look, and follow this year’s class on Twitter via the #TEJ2014 hashtag.

Peter De Stefano The White Board

Leticia Searle – Seeing it All

Sam Murphy – Nobody Puts Delly in the Corner