“I realised the kind of sacrifice the North Korean population is paying because of this stupid, inhuman system,” the former ambassador says. 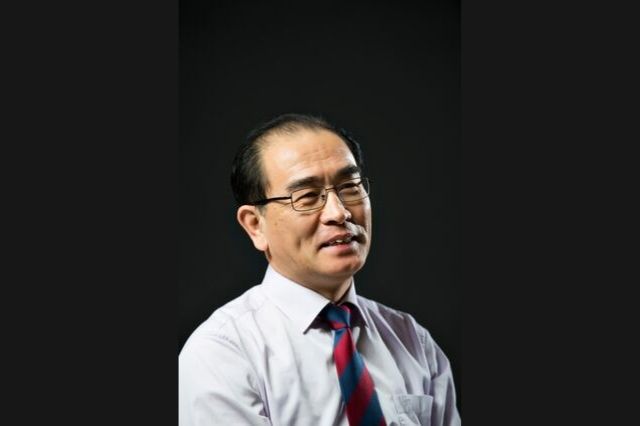 In April 2016, in reaction to the unprecedented defection of 13 North Koreans to South Korea, Kim Jong-un ordered that all young North Koreans studying abroad were to make their way home before the end of July.

The youngest son of North Korean diplomat Thae Yong-ho was studying in London at the time. Thae felt betrayed. After being blindly loyal to the totalitarian regime for more than 50 years, he had always hoped for his children to live a better and freer life than his.

“They are not adapted to that kind of totalitarian dictatorship country like North Korea,” Thae told upstart.

“They are used to freedom. How could I force them to go back to that kind of dark age as a father?”

Born in 1962 in Pyongyang to a family of the North Korean elite, Thae was sent to the only English-teaching school in the country at the age of 12.

“At that time, people were still allowed to travel abroad, but only if they could speak English or another foreign language,” he said. “My mother envied those people, so that’s why she asked me to enter that school.”

Thae is grateful for his mother’s foresight, as it allowed him to become a diplomat and to be one of the rare North Koreans lucky enough to travel the world. He also had the privilege to bring his wife and two children along with him.

His first posting was in Copenhagen in 1996. Then followed Stockholm and London, punctuated by mandatory trips back to North Korea every three or four years. But what he witnessed outside of his homeland was far better than what he had experienced his whole life.

“I was told that North Korea is the best country, that it is a socialist welfare, a paradise, the only country in the world providing free education, free medical care, free housing and all these things,” he said.

Thae realised that it was far from being the truth. He slowly became disillusioned with the totalitarian regime.

“I found great hypocrisy in the North Korean system and propaganda. For instance, in the late 90s, there were huge famines and starvation. But that did not happen from the lack of resources or money like we were told, but because the government poured billions of dollars in building nuclear weapons.”

The Thae family became to dread going back to their homeland, where they couldn’t talk about the “free world”. It was even harder for the children, Thae said, for they had grown up with social media and video games, unlike other North Korean kids.

Kim Jong-un’s demand for the students to return was the last straw. In the summer of 2016, the family of four had a secret meeting and made an irreversible decision. One morning, instead of following the orders and returning to Pyongyang, they left the British embassy “for a walk” and never returned.

They now benefit from 24-hour protection from the South Korean government. As one of the highest-ranking North Korean officials to defect, Thae believes he is likely one of the main targets for assassination, and is extremely cautious when stepping outside of his house.

“I have to disguise myself when I go out, I take sunglasses, a hat and sometimes, I do some make-up,” he said with a wry smile.

But, like many other North Korean defectors before him, Thae had to leave some of his extended family behind. Three years after his defection, he still hasn’t heard anything from them. He knows that they most likely have been punished for his acts.

“I really hope that they are still alive and healthy,” he said. “So that one day, if Korea is reunified, I can visit again and say sorry for my defection. Because it gave us freedom but in the meanwhile, it was a great sacrifice to leave them behind. I really am sorry.”

Thae is optimistic that he will see the Korean Peninsula reunited and at peace one day. He counts on the young generation of North Korea to make a change within the next two decades.

The recent uprising of the people in Hong Kong gives him confidence that his country will be the next to fight for its freedom.

“I think that maybe in 10 or 20 years, the young generation of North Korea will demand the same, to be treated as human beings, and not as a machine of the system.”