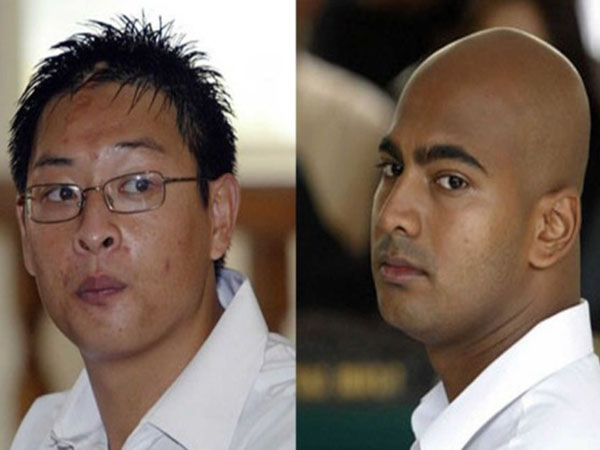 With the world watching, Australian Bali Nine duo Andrew Chan and Myuran Sukumaran await the result of their final clemency bid. The planned execution of the two, amongst other international drug smugglers, has attracted global scrutiny amidst souring ties between Australia and Indonesia.

The volatile situation puts Australia’s already fragile relationship with Indonesia under threat and it is hard to predict the exact effects the planned executions may have.

“Whatever might happen in the next few days, the relationship with Indonesia must endure.”

Professor Tim Lindsey of the University of Melbourne specialises in the areas of Indonesian law and Australia-Indonesia relations. He says the consequences of severing ties or causing further damage to the relationship would have greater consequences for Australia than Indonesia.

“Firstly, if the relationship were severed then we’d have difficulty engaging with the ASEAN nations, which is dominated by Indonesia,” he says.

ASEAN, the 10-country Association of South-East Asian Nations, is Australia’s second biggest trading partner. Trade with ASEAN nations made up 13.9 per cent of Australia’s overall trade in 2013, amounting to A$70.2 billion.

The 2011 beef cattle dispute demonstrated how damaging losing parts of this trade network could be.

The six-month live export ban caused some difficulties for Indonesia who had to source other suppliers, but the repercussions were worse for Australia. The suspension of exports was detrimental to Australia’s Northern Territory beef cattle industry, with estimates of live export businesses suffering A$600 million in losses.

In addition to affecting the export trade, a declining relationship with Indonesia would expose our borders and make it increasingly difficult to stop people smuggling.

“People smuggling measures depend on cooperation or at least tolerance from Indonesia of our policies,” Professor Lindsey says.

In 2002, Australia and Indonesia established The Bali Process on People Smuggling, Trafficking in Persons and Related Transnational Crime. The aim of the Bali Process is to raise awareness of the consequences of this trade.

Australia’s dependence on Indonesia in tackling this issue was acknowledged earlier this week by Indonesia’s Coordinating Minister for Political, Legal and Security affairs, Tedjo Edhy Purdijatno, when he threatened to release a “human tsunami” of asylum seekers in Australia’s direction.

With Indonesia spread out across our northern sea boundaries, a fractured relationship could also isolate Australia. There could be a loss of access to sea-lanes and air space around Indonesia.

These scenarios are just some of the possible repercussions Australia would face if relationship ties with Indonesia were to suffer extensive tensions. It is the risk of such consequences that has made it increasingly difficult to negotiate with Indonesia over the current executions.

Despite difficulties, Foreign Minister Julie Bishop continues her efforts to stop the executions of the two Australian prisoners. With 62 Indonesian prisoners currently in Australian jails, Bishop put forward the idea of a prisoner swap with Indonesia. More recently, she has offered to cover the costs of a lifetime in prison for the Bali Nine duo.

Candlelight vigil for Andrew Chan & Myuran Sukumaran. Together we plead with Indonesian Govt for a stay of execution. pic.twitter.com/7j7DzMp1C4

Brazil and the Netherlands withdrew their ambassadors from Jakarta following executions of their citizens. However, the removal of Australian ambassadors whilst there are still Australian citizens in Indonesia could be seen as counter-productive.

Due to the sheer scale of Indonesia and its impact on Australia, the management of this delicate relationship presents the Abbott government with a real challenge now and in the future.

As Indonesia’s GDP continues to grow so will its position in the international market, making it crucial that Australia maintains a strong relationship with its closest neighbour.