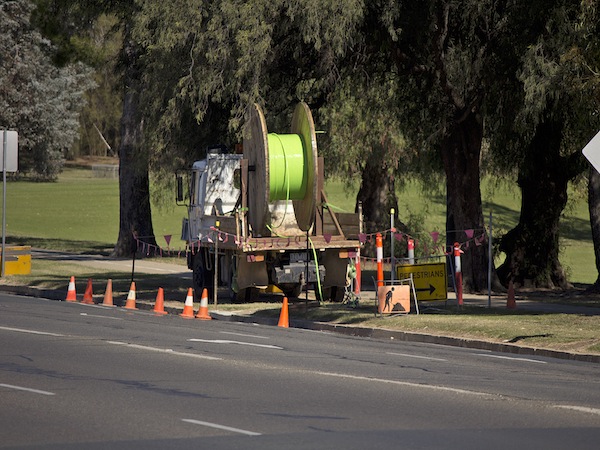 Japan is often depicted as a traditional nation unwilling to bend to modern pressures, but in reality, it is extremely progressive when it comes to technology, fashion and travel.

The Shinkansen (bullet train) has revolutionised the nation’s transportation, moving at speeds in excess of 300km per hour. It looks like the country’s internet upgrade will be a similarly revolutionary action.

Japan is set to have the world’s fastest internet – a staggering 2 gigabits per second – significantly greater than the 100 megabits per second offered by the NBN. Japan’s new download speeds leave much of the world eating cyber dust, and also highlights that Australia needs to be more competitive.

By accelerating internet speed, Japan is setting the standard, something made possible by the lack of resistance to upgrading the old system. While internet in Japan progresses naturally, Australia is one step behind. There should be no objection to a systematic advancement of Australia’s infrastructure.

Although the disparity between speeds may be alarming, the true power of the NBN will be in its substructure. While 100 megabits per second is fast, the NBN is all about the hidden benefits.

Potential 100mbps download speeds are an advancement for the Australian public – as the ads claim, it will connect us to a better future. But, will it connect us to the best future? According to University of Melbourne Professor and Director of the Melbourne Accelerator Program, Thas Nirmalathas, the NBN is all about future-proofing.

“The NBN is really to push the fibre closer to the users – so that we do get to initially 100megabits,” he says. “But the fibre infrastructure is capable of being upgraded to the higher speeds we are talking about. The only thing you need to change is the modem in your home and some hardware in the network. But the actual cable itself can be upgraded freely in the future, so it’s actually a very good choice.”

Faster connection speeds are the next step in capitalising and celebrating the web.

NBN customers set for world-leading download speeds to happen by end of the year. I would like the speed, research. http://t.co/8pL6bvl5wJ

Further, Nirmalathas warns that placing monetary value on the NBN is wrong.

“When were looking at the costs for this type of national investment that we need to understand, what often is ignored, is the opportunity costs,” he says. “It is very hard for us to look at a return on investments with this type of investment. It is an investment in important infrastructure. It will have a significant outcome or offset in lots of other industries,” he says.

While it may look like Australia’s NBN plan pales into insignificance when compared to Japan, it’s all about the groundwork.

Professor Rod Tucker, Director of the Institute for a Broadband-enabled society at the University of Melbourne, says that the Coalition’s 25 to 50 megabits per second internet will eventually become redundant.

“We’re going to need more than that capacity by 2020 and so what it means is the Coalition’s broadband network is likely to be obsolete by the time it’s completed or soon afterwards,” Tucker says.

There are valid concerns about the cost and timeline of Labor’s NBN (it is estimated to cost $43 billion and take eight years). But Tucker believes that isn’t important when it comes to creating a future-proof product.

“You don’t have to make any changes to the fibre in the fields, under the streets. In the future, the Labor network can be upgraded to 1 gigabit per second or even higher at low costs and very simply,” he says.

When it comes to the NBN, most think of faster, fibre network-based internet. But, how the world uses its own internet connections is essential to how successful our NBN will be.

As Nirmalathas puts it, you must view internet and the NBN in a global context.

“Your speed is going to be limited not only from your home to a network gateway, but from the network gateway into a global content sites,” he says.”If that speed is small, then you are not going to realise or reap the benefits of 100 megabits connections.”

He goes on to say that having fast connection speeds from your home to the internet point is not enough. There needs to be sufficient network connections across the world to ensure that Australia benefits from the work being done now.

Like Japan, Australia will one day have high-speed internet, and the foundations being put in place now will be largely responsible.