The mandatory mask rule is a concern to the deaf community who rely on mouth-reading to communicate with society. 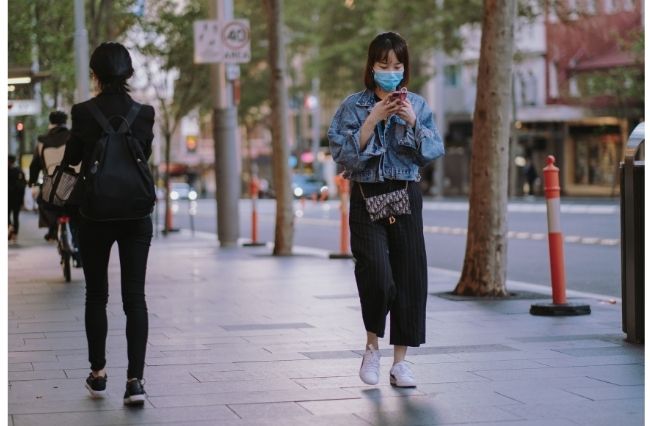 On July 22, Victorian Premier Daniel Andrews announced that face masks would be mandatory in metropolitan Melbourne and Mitchell Shire to help combat the spread of COVID-19 and on August 2, Andrews made this mandatory state-wide.

While there is clear evidence that masks are necessary to stop the spread of COVID-19, the move has had an unintentional impact on the deaf community, where many use sign language.

According to the Auslan Signbank, it is estimated that only 6,500 people know how to use Australian Sign Language (Auslan) in Victoria. They suggest this number could be higher if the hearing people who know Auslan are included.

With just under a million people in the state  who have mild to profound forms of hearing loss making up almost 16 percent of Victoria’s population, this raises the possibility of isolating the deaf community.

In a statement to upstart magazine, Deaf Victoria, a non-profit organisation for deaf people in Victoria, said that face masks were necessary for community safety, but acknowledged the challenges deaf people will face.

“[The use of masks] places an additional albeit unintended barrier on access to information for deaf and hard of hearing people,” they told upstart.

“Many deaf people are obviously anxious about how masks will affect their ability to communicate at work, while shopping, when out in public, when accessing services like medical care.

“Their main concern of course is that people they interact with will not respect their communication wishes, may dismiss them or behave in a rude or aggressive manner.”

Jindesa Cardamone, a member of the deaf community shared what the new mandatory rules mean for her personally.

“I don’t have an issue with those who wear masks, but it’s hard for me to hear strong accents or if they speak too fast or slow,” Cardamone told upstart

“If I don’t understand them, I will let them know I’m deaf. If I approach someone, I’ll write on the notes app, but even then, if their vision isn’t the greatest then I’ll speak or ask someone else.”

Being deaf and hard of hearing also results in a fear of being stigmatised by the hearing community. A study conducted in the United Kingdom back in 2015 by Action on Hearing Loss found that 79 percent of its 442 participants found that a main barrier to employment was the attitudes of their employers.

Cardamone felt that during the ongoing COVID-19 pandemic, the fear of being stigmatised would increase.

“It may be hard to get interpreters, and it also depends on their employers’ attitudes, if they’re not patient they could get angry,” she said.

“Deaf people may feel discriminated or left out on video calls due to the communication barrier.”

The ongoing pandemic has also made it harder for people to find jobs. For Cardamone and her friends and family, what normally is a difficult and lengthy process of getting a job has only been made harder due to COVID-19.

“Some deaf people may get lucky or they may still have their jobs, but for those who were actively seeking with no luck or for those who resigned, it’s even harder,” she said.

“I resigned back in February with the hope of getting a new job, but I haven’t had much luck.”

Deaf Victoria has published a series of advocacy graphics and information videos on their website. The videos have transcripts for those hard of hearing or deaf.

Imogen Howell is a second-year Bachelor of Media and Communications (Journalism) student at La Trobe University. You can follow her on Twitter @Imogen_howell

Photo: Woman in face mask walking down the street during a coronavirus lockdown by Kate Trifo, available here and used under a creative commons attribution. The image has not been modified.