Debutante balls have become more popular in the 21st century, with the night changing its focus away from marriage. 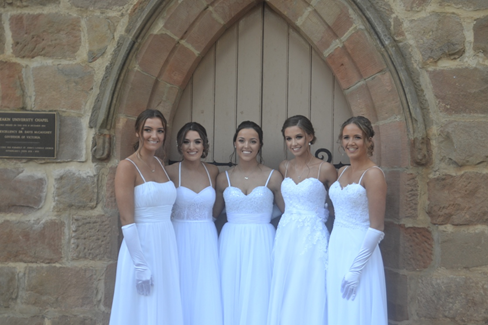 It’s a night where proud parents look on as their daughters sway to traditional dances and present themselves to society.

A debutante ball is a common tradition in society, but as times change so do traditions, and what the deb balls used to mean is not necessarily what it means now.

The practice of a debutante ball steams back to the 1600s in England, where it was described as a formal ball at which young women of the upper-class background are presented to society. During this ball, it was the parents’ hope of the 16-18-year-old girls, that an eligible suitor would be captivated by their daughter, and later ask for her hand in marriage. Upon their entry, they would normally bow before someone of high importance such as the Queen or a mayor.

Nowadays, the debutante ball is simply a part of many school traditions. Whilst the night still shares some similar traits to the balls in the 1600s, the meaning is different.

Instead of being an event about the women, newer debutante balls focus on both the males and females, dancing together to symbolise their movement into adult life. The dances are made to be more fun rather than serious and the event is shared with family and friends rather than eligible suitors and high-class society.

Christian College Geelong is one of the many schools that continues the tradition of a debutante ball, with Vice Principal Jason O’Loughlin explaining how he believes this tradition has been altered in today’s modern society.

“I think what a deb ball is, has changed a fair bit. When it was first invented it was mostly about the girl and how they [were] finally available to go out and date,” he told upstart.

“But it seems to be completely different now. It’s a celebration of where those boys and girls have got to and what they’ve achieved.”

Debutante balls have shifted their focus away from young women finding an eligible suitor, to an occasion celebrating young people becoming adults, with O’Loughlin praising this new change.

“I think the marriage aspect is irrelevant … it’s a little bit about a rite of passage and kids becoming adults,” he said.

“It’s really an opportunity for young adults to have a special formal occasion where they … behave in an adult way.”

Each year thousands of students participate in debutante balls across Australia. At Christian College Geelong, around 90 percent of their year 11 students take part in their debutante event.

“Lots of schools let their kids do a deb, but they don’t run it themselves. We’ve found that so many of our year 11 [students] want to participate, so it makes sense for us to host it,” O’Loughlin said.

American traditions like Halloween and Thanksgiving never turned out a success here in Australia, with some schools opting out debutante balls for proms in the hope of building a new tradition. However, O’Loughlin explained why Christian College Geelong is keeping the tradition of a debutante ball in their school community.

“The kids are voting with their feet and the numbers for the deb keep increasing. That just shows me that we don’t need to change the event at all,” he said.

In a formal speech written and spoken by debutante Tess O’Neil at this year’s Christian College ball, she illuminated what the event meant to her and her fellow debutantes.

“Our cohort has gotten the chance to be a part of the highly anticipated debutante ball, something we have been looking forward to for a very long time,” she told ­upstart.

“I think I speak for all of us when I say it has been one of the most rewarding experiences that this school has given us and I know it’s something none of us will forget.”

Ellenie Case is a second year Media and Communications (Journalism) student at La Trobe University. You can follow her on Twitter @CaseEllenie.