How ex-AFL players are transitioning to the NFL 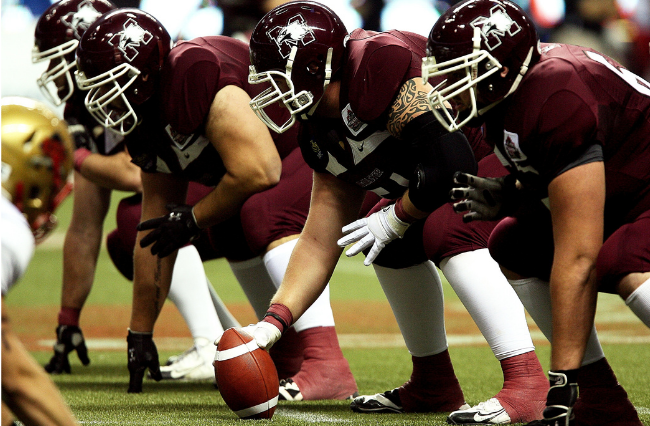 The role of a punter in American football is to reduce the field advantage a receiving team has as they kick the football down the field to the offence. During a change of possession, the length and accuracy of the kick and the amount of time the ball hangs in the air are the main factors in deciding what makes a good punt.

The professional punter playing in the National Football League (NFL) has approximately 1.2 seconds to catch the ball, put it onto the foot, and punt it down the field while 11 opposition players try to smother the ball. A punter does all this while focusing on the length and accuracy of the punt. In comparison, an NFL Quarterback has nearly two and a half times the number of seconds when throwing the ball to a target, with approximately 2.7 seconds before they are tackled.

It took three months for Australian AFL player Matthew Goodyear to go from learning how to punt an American football, to attending Frenso State University in California on a two-year scholarship playing as a punter for the college’s football team.

“In that three months, it was day in, day out refining technique. I was talking to coaches everyday, there was a heap of work and there’s still a heap of work being put in,” Goodyear tells upstart.

It doesn’t take much for the Australian players to go from a Sherrin to a gridiron ball. Goodyear, who played for Collingwood, is one of a rising number of Australians to try and transition from Aussie Rules to American Football. All AFL players are familiar with kicking accurately under pressure, and the drop and ball skills AFL players develop make them prime punting candidates.

Dr Kyle Collins, an osteopath in Melbourne’s North, says that the essential biomechanics NFL and AFL players demonstrate when kicking a ball are effectively the same. So it’s no surprise that former AFL players such as Ben Graham and Sav Rocca have had successful careers in the NFL.

“Both involving an initial hip extension and then the force is driven by hip flexion,” he tells upstart. “With control throughout the movement coming from the core muscles and pelvic stabilisers.”

The opportunity for Goodyear came about after a mutual friend told him about a program called Punt Factory, which helps Australian athletes learn how to punt and brings them to the US to play college football. He then sent out videos of his performance to scouts and college football recruiters in America.

“There are many facets they look at, but ultimately to get their attention as Australian punters, it’s all about sending footage over and getting colleges, getting special team coaches, head coaches to have a look at that footage, review it and see if it’s a good fit for the team.”

College football in America is the pathway to a lucrative career. If a player does well in their college career, then they are likely to be picked up by professional teams. A player coming out of college drafted into the NFL as a rookie will have a base salary of USD $610,000 (AUD $787,315). That doesn’t even take into account the signing bonuses that players can receive, which ranges from hundreds of thousands to millions of dollars.

But like all sports, injuries can affect players’ performance and hinder, or ruin, their careers. Athletic movements that put stress on the knee, suddenly slowing down and changing direction (cutting), pivoting with a foot planted firmly, or landing awkwardly from a jump can all cause damage to the anterior cruciate ligament (ACL), a common injury for NFL and AFL players. For punters, there can be particular kick-related injuries.

“Common injuries throughout this movement are muscle strains or tears, typically to the hamstring and hip flexor muscles,” Dr Collins says. “Either from repetitive strain to the muscle, overlengthening, or weakness of the muscle.”

But for Matthew Goodyear, whose American football career has just begun, he gets to focus on honing his skills. He will be travelling over to America in July for the start of the pre-season before games start in September.

“It’s coming around quick so I’m making sure I’m in good shape and improving those punts … I want to hit the ground running,” he says.

“I see it as something that is very exciting and something I just really want to embrace. But yeah, there certainly won’t be any limits on how far I want to take it. I want to do as well as I can, so I’ll be putting my best foot forward.”

Article: Sean Dillon is a third-year Bachelor of Media and Communications (Journalism) student at La Trobe University. You can follow him on Twitter @SeanDillon00

Photo: Football player game position by Pixabay available HERE and used under a Creative Commons Attribution. This image has not been modified.