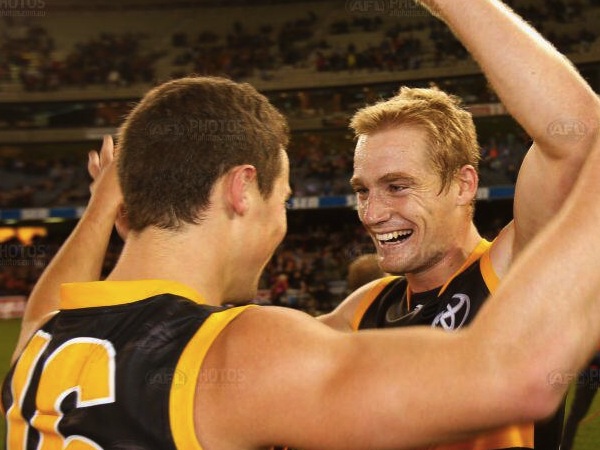 The incident involving Adam Goodes on Friday night was devastating in many ways.

The fact it came in Indigenous Round, and the fact that it involved a girl just 13 years of age, makes the incident even harder to comprehend. The shocking confrontation showed just how far there is to go to stamp out racism, not only in football, but also in society. However, Goodes’ professionalism, and the incredible grace in which he explained the event and how people should be educated on racism later in the weekend, highlighted how far we’ve come.

Just received a phone call from a young girl apologizing for her actions. Lets support her please#racismitstopswithme #IndigenousRound

Unfortunately, the incident overshadowed a superb game from the 33-year-old, who racked up 33 disposals and kicked three goals in Sydney’s 47-point win over Collingwood.

A habit of choking

For the fourth time this season, North Melbourne has gone down by under a kick, losing to Adelaide by a solitary point on Sunday afternoon. North’s performance in the final quarter, where they held a lead in excess of five goals only to lose, was nothing short of a disgrace.

Their inability to close out games, and in particular maintain hefty leads, is staggering. They led Geelong by over 40, only to lose. They led West Coast from start to finish, only to lose. Now, they have relinquished a six-goal buffer over a depleted Adelaide side.

The Roos are getting into a habit of choking from brilliant positions. It’s a mentality that has, and will continue, to see the players get nervous whenever they’re multiple goals in front. Could North’s board be getting nervous at their decision to extend Brad Scott’s contract in the off-season?

With their most experienced side in over a decade taking to the field against an Essendon team fresh off two straight losses, there really was no excuse for Richmond on Saturday night.

Yet, as has been the case in the past decade, the Tigers continued to frustrate their diehard supporters with a mediocre showing at the MCG. In front of a massive crowd for Dreamtime at the G, Jobe Watson’s display of 28 disposals and three goals inspired the Dons from their mini-slump and put them back on the winners list.

Following their 29-point loss, Richmond has dropped out of the eight and the question marks that were posed on them a fortnight ago are back. Does Damien Hardwick’s side have the quality to play finals football? Not at this rate.

The Bulldogs bite back

The Bulldogs, and in particular Brendan McCartney, had their critics during the week. Many in the media questioned whether progress was being made under the relatively new coach, and the boys from Footscray responded in the perfect manner with a nine-point victory over St Kilda.

Koby Stevens was brilliant with 31 disposals and three goals, while there were plenty of promising signs following the performances of young guns, such as Nathan Hrovat on debut and round eight Rising Star nominee Jackson Macrae.

The Dogs have a young list with potential. Their gallant effort to fight back from three goals down late in the quarter was just another fantastic sign for McCartney and co. Things aren’t so bleak out west after all.

Player of the Week – Sam Kerridge

The 20-year-old, playing in just his seventh game, hauled the Crows back into the match, with all six of his goals coming in the second half. Adelaide booted the final five goals of the match to get home by a point, with Kerridge amazingly kicking three of them.

It was a sublime performance, with the youngster’s ability to both find the footy and convert on the scoreboard making him a name to look out for in the future.