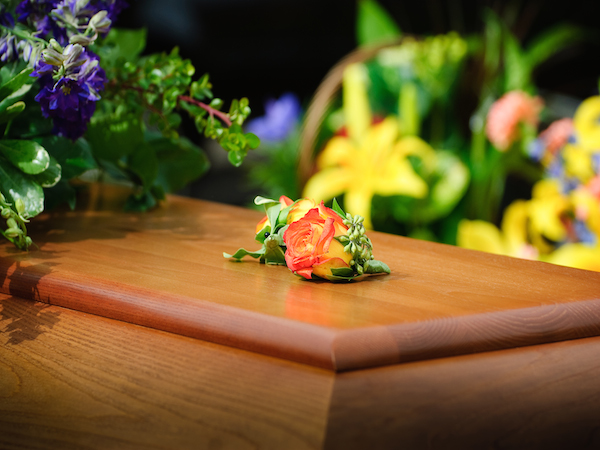 Your inevitable funeral–an event that is hopefully in the distant future–is something you probably don’t want to think too much about.

Most of us only find out about funeral costs when we are organising one for a family member or friend. Unfortunately, though, it might be something you should start budgeting for.

Some of the typical expenses you’re required to pay for include funeral director fees, transport, a coffin, the death certificate, a permit and the burial or cremation itself. Depending on how elaborate the plans are, a funeral can cost upwards of $4,000.

Neil Harrison, a music product wholesaler, tells upstart that his father’s recent passing was made less stressful because he had set money aside for his eventual funeral.

“As it turned out, he had gone out on his own and worked out what he wanted and put money aside over many years to cover the cost,” he says.

“He did this with a degree of privacy – I think that’s because he didn’t want to involve the family emotionally or financially.”

Funeral insurance is designed to relieve your family of the financial burden of your funeral by providing them with a lump sum of money.

Most insurance companies will guarantee insurance to any Australian citizen between the ages of 18 and 80 if they do not have pre-existing medical conditions. You can determine your own level of cover, generally between $5,000 and $30,000, and make regular contributions until you’ve reached a certain age.

Alternatively, some people prefer the option of a pre-paid funeral, whereby all or part of the funeral is paid in advance with a specific funeral home. This option also allows you to plan aspects of your funeral, which can be another stressful component for your family to deal with if they don’t know your wishes upon your death.

Harrison says that he remembers being shocked by how much a funeral could cost, even the most basic one.

“I can’t remember how much it was, but it was a lot – maybe tens of thousands of dollars,” he says. “I remember wondering how we would be able to pay for such an amount but, as he had covered a lot of the cost, it wasn’t really a financial burden.

“Dad lived simply. He was a very humble man and certainly never wanted any fuss made over him, so in our case there would never have been an issue of spending large excesses of money.”

Unfortunately, even something as basic as a coffin or casket can cost a small fortune. Tobin Brothers Funerals told upstart that its cheapest coffin costs slightly less than $1,000 and, if you want something fancier, you could pay up to $40,000.

Harrison says that despite his father being a modest man who wouldn’t have wanted an expensive celebration, his family had to say goodbye and that meant dollars had to be spent.

“Dad would have been happy to have had a cardboard box as a coffin, but even the cheapest coffin that was best suited to Dad was around $10,000,” he says. “His funeral was modest, the way he would have wanted it.”

Whether you want a lavish or a modest funeral, there is no time like the present to start putting a few dollars aside for it so that your family doesn’t have to.