The Gabba set for 75 percent capacity 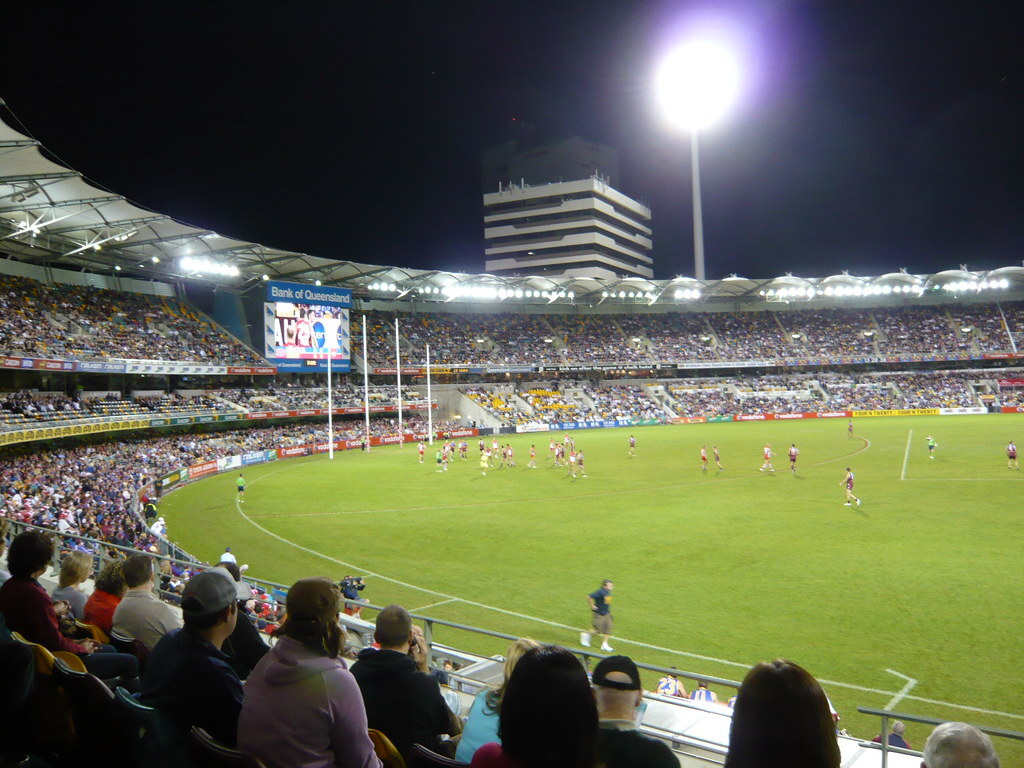 The Queensland Government will trial 75 percent seating capacity at the Gabba tonight, in an attempt to assess potential safety risks and strategies ahead of next month’s AFL Grand Final.

The decision was confirmed after Queensland record only one new coronavirus case on Monday, a returned traveller in hotel quarantine.

The 200 volunteers have been offered free tickets to this evening’s showdown between Collingwood and Port Adelaide and will be seated next to each other.

Deputy Premier of Queensland Steven Miles revealed that 75 percent capacity is the goal for the Grand Final on the 24 October, which will be the largest crowd at the 42,000 seat stadium since the beginning of the COVID-19 pandemic.

“We’ve been planning for some time to go to 75 percent capacity for the Grand Final, we’re trialling it tonight to see how that work,” he told ABC radio.

Miles believes there is less risk of COVID-19 transmission in the stadium than there is in a private home, providing a promising insight to this year’s Grand Final.

The 200 participants will be surveyed after the game about whether they felt safe, which may give the government insight into ways to avoid spreading COVID-19 with the seating increase.

“We’ll be measuring things like whether people move around, whether they leave their masks on, how often they sanitise their hands,” he said.

Queensland’s Chief Health Officer Dr Jeannette Young told the media on Monday morning that only one in every four seats would be vacant, compared to the current one in two.

“We would do what we do with planes, where we contact people in the two rows behind, in front, and either side,” she said.

Young assured that the seating arrangement is only safer than on a plane, because it will be outdoors rather than in an enclosed space, and will have COVID-safe plans in place.

Young also believes that there is a low chance of infection, as community transmission in Brisbane is at an all-time low.

“There is unlikely to be a case given the risk of community transmission is so low right now, but it would be very easy to contact trace,” she said.

Young strongly believes it is a wise decision to test the increased capacity now, in a small section of the Brisbane stadium, rather than leaving it until the Grand Final and going all-out which could provide several risks.

“We want to test the processes now, rather than do it for the first time at the final,” she said.

However, Opposition Leader Deb Frecklington has fired many shots at Premier Annastacia Palaszczuk and her government, accusing them of using the volunteers as “guinea pigs” for political gain.

Saying goodbye to loved ones is important which is why an @LNPQLD Gov would ask the Chief Health Officer to develop COVID-Safe plans for end of life visits and funerals.@QLDLabor has prioritised COVID-safe plans for the AFL – the LNP will prioritise everyday Qlders. #qldpol pic.twitter.com/HtpZydYO7f

“It is staggering double standards when people can’t have more than 10 people in their home, but Annastacia Palaszczuk wants to trial jamming people into a footy stadium,” she said.

“This shows Labor is more interested in AFL footy stars than the health of everyday Queenslanders.”

Photo: ‘AFL Game Brisbane Lions – Sydney Swans 01’ by annakee available HERE and used under a Creative Commons Attribution. The image has not been modified.