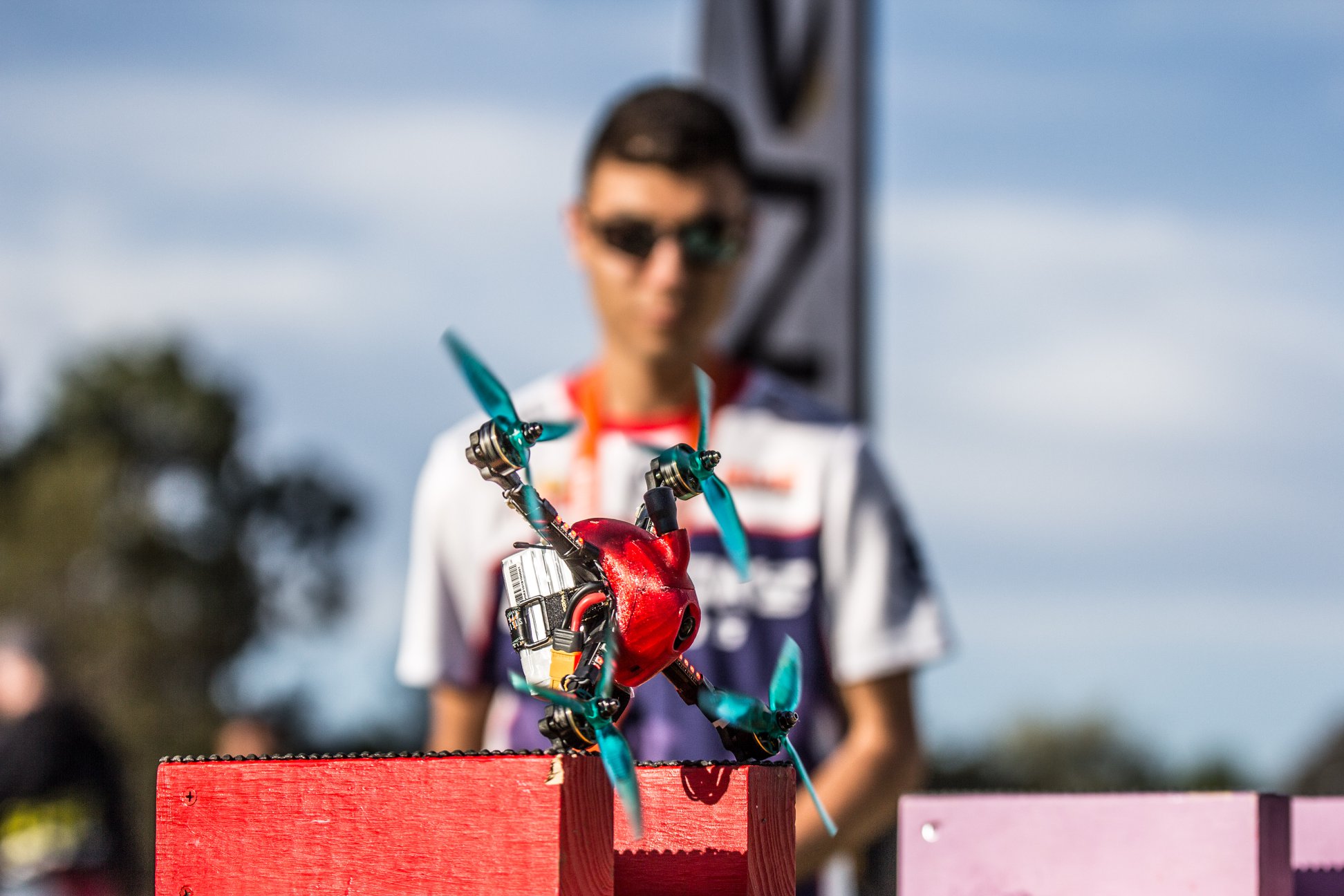 Drone racing is steadily on the rise among remote control (RC) enthusiasts piloting small and agile first-person-view drones. Rapid technological advancements have made drone racing more accessible, resulting in a vibrant community to develop around the hobby. The unique feature about first-person-view (FPV) drones is that the pilot wears goggles that have two built-in screens which give a “first-person-perspective” using antennas and receivers through a live broadcast from the drone’s camera.

For experienced FPV drone pilot, Sam “Heepsy” Heeps, the best thing about wearing these goggles is that it feels like you’re in the drone.

“You’re absolutely connected to it. The possibilities are endless. It’s like an extension of your body,” he tells upstart. “If you’re into video games, extreme sports, or like technology, it’s a combination of all those things into one.”

The drone market has been exponentially growing over the last few years, with the market predicted to reach AUD $81.8 billion by 2025. This is because drones are now being used in various industries such as agriculture, logistics, relief supply deliveries, cinematography and competitive racing. Nowadays, people can choose to buy a ready-to-fly (RTF) drone off the shelf for work or play.

Earlier in March, DaJiang Innovations (DJI), a technology company based in China who own a large percentage of the drone market industry, launched their very first FPV drone product. The drone combines high speed agility with the latest camera technology, retailing for AUD $2,099. And while that price is pretty steep, there are alternatives for a cheaper price.

The early days of the FPV drone community found its beginnings through related hobbies such as RC model aircraft flying. Learning began with trial and error, embracing the DIY aspect of piloting drones. At 20 years old, Heeps, whose competed locally and internationally, still recalls the Frankenstein-like drones that people pieced together.

“The technology was super primitive at that point. People were rewinding CD drive motors … we were using security cameras, essentially, to provide our FPV transmission,” he says.

He recalls the grassroots of FPV drone events starting with a bunch of mates wanting to meet on a weekend and practice flying. People would help fix motors, propellers, transmitters, body frames, controllers and the rest of the components found on an FPV drone. 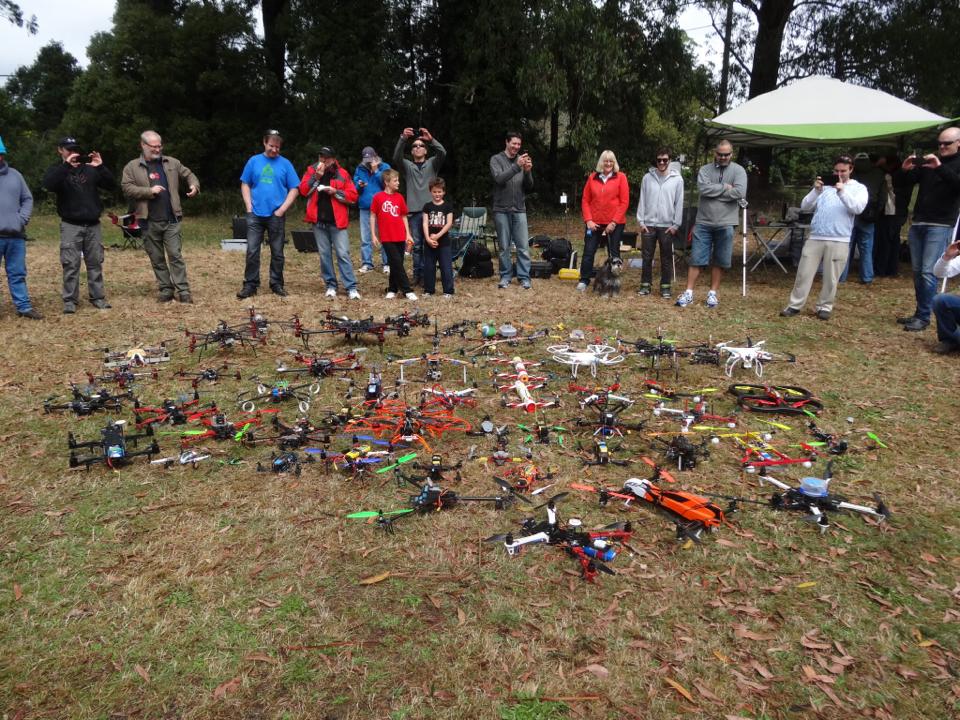 By 2014, the drone community had continued growing, with friends getting together to create racetracks out of PVC pipes and balloons to race the drones they had built. Professional FPV drone pilot Thomas Bitmatta, “BMSThomas”, a 21-year-old who has won several international world championships, recalls the days when drone pilots began exploring different locations to fly at.

“We even had a couple races in abandoned buildings just for fun. Still very unofficial, very lowkey … a couple go kart meets … after hours they give us a full run of the place,” he tells upstart.

Then in 2015, the inaugural US Nationals FPV drone racing competition was held and won by an Australian drone pilot Chad Nowak. The following year in 2016, many local drone clubs were established, like the Melbourne Multirotor Racing Club Inc (MMRC) where Thomas Bitmatta and his father Paul Bitmatta are current members. Alongside that, Eastside FPV Melbourne also became an official club in which Sam Heeps has been affiliated with for several years.

International competitions were booming too, with the World Drone Prix 2016 being held in Dubai. The event is considered to be the first largest international drone competition, which Thomas Bitmatta had the opportunity to compete in.

Later in 2016 came the first Australian Drone Nationals organised by the Australian FPV Association (AUFPV). The winners from the top bracket of the Aussie Nationals then had the opportunity to compete in Hawaii. It was the first World Drone Racing Champions which became the second largest international competition, attracting pilots from over 30 countries. 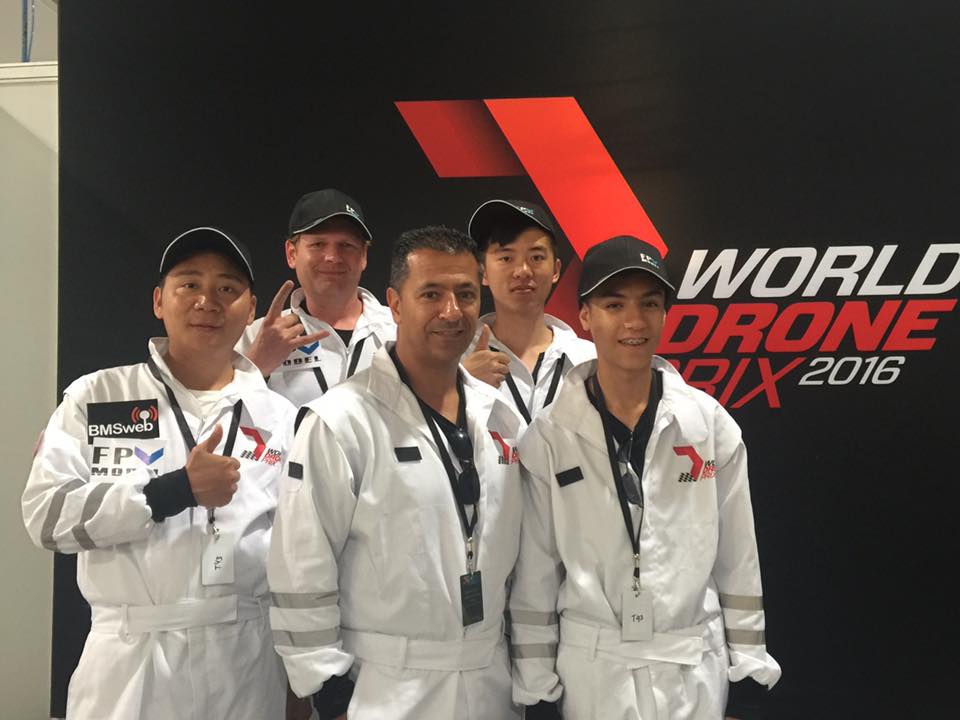 Thomas and Paul Bitmatta along with their team at World Drone Prix 2016 in Dubai.

The drone racing competitions and the drone community had grown immensely in just a few years. In fact, in 2018 Thomas Bitmatta competed in the Military International Drone Racing Championship alongside drone teams from various militaries around the world. The competition was designed to improve soldiers drone flying skills, and Thomas Bitmatta’s father, Paul Bitmatta, an experienced drone pilot, still remembers the learning experience soldiers had while competing.

“The psychological side of it, from a sports perspective, it’s so different from many other sports,” he tells upstart. “There were military people … you can see their thumbs shaking. That’s all to do with adrenaline … what you need to do is stay as steady as possible and put the fine inputs.”

Today there are many niches within the FPV drone community. From racing through obstacle courses, to capturing cinematic panoramas with the drone camera, there’s something for everyone in the world of FPV drones.

“There’s so many different directions you can go. You might enter it from the perspective of racing, but you might find you prefer the filming side of things,” Thomas Bitmatta says. “My mindset that I’ve always followed is, take baby steps, don’t cut corners and have fun. Enjoy it.”

Article: Rei Fortes is a third-year Bachelor of Media and Communications (journalism) student at La Trobe University. You can follow him on twitter @ReiFortes_86