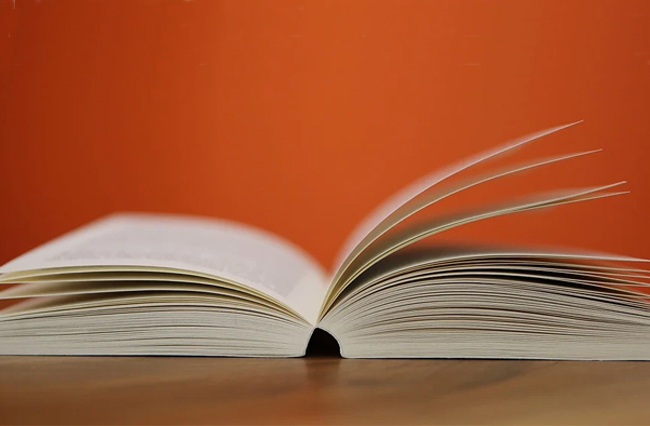 As the Black Lives Matter movement resurfaces, the call for a more diverse literary environment has been heightened. That is why movements like #ownvoices have taken centre stage in literature again.

Writer and propulsor of the movement Corinne Duyvis said she originally created the concept, which stands for books where the author and the character(s) share a marginalised identity, in 2015 to be a brief list of recommendations.

“There’s a famous disability writer that says ‘nothing about us without us’,” Duyvis told upstart.

“The concept has existed for a long time, but it lacked this sort of shorthand… Short and catchy and unique. So, it is very easy to have when you’re having these discussions.”

She is referring to James I. Charlton, whose book Nothing About Us Without Us was the first book about disability that gave a theoretical overview of disability oppression. It showed the similarities and differences from racism, sexism, and colonialism.

Since the invention of the written word, those who have held power have gotten to tell the stories. Doing so permitted them to maintain their status and influence culture.

Certain identities have been suppressed or reduced to stereotypes over the centuries. For a long time, all these groups’ voices weren’t in the picture. Books written by underrepresented or marginalised authors were either considered non-profitable or publishers opposed them morally.

“There are still in a lot of ways the inherent ideas that these books don’t sell,” she said.

“That becomes a self-fulfilling prophecy, because if people think that books don’t sell, they’re not going to put any marketing money behind it, and then shockingly the books don’t sell.”

To try and overcome this, some authors used pseudonyms, fictitious names that a person uses for a specific purpose. For female authors, they use them to pass as male writers. The Brontë sisters adopted the names of Currer, Ellis and Acton Bell. Louisa May Alcott used the gender-ambiguous name A.M. Barnard in some of her works. Mary Ann Evans’s pen name was George Eliot.

In a time when certain voices had no opportunity to be heard, others stepped in to tell their stories. Some had good intentions, while the motives of others were not so clear. Regardless, many of these works ended up perpetuating detrimental stereotypes.

“Having their [marginalised communities’] narrative dictated by the people who are responsible for that marginalisation, responsible for putting them in this vulnerable spot, that is incredibly harmful. That only perpetuates all the harmful narratives that led to that,” Duyvis said.

This was the case of an abolitionist novel, Uncle Tom’s Cabin, quite popular in its time particularly amongst white people in the north of the United States. It dramatises the experience of slavery to aid the antislavery cause. Today, its depiction of black characters is seen as racist and patronising because it perpetuated the idea of the ‘good black’ who was submissive to white people.

In Australia, it was not until the 1920s that David Unaipon became the first aboriginal author to publish a book. Until then all depictions of Australian indigenous people had been told by outsiders or given credit for it.

Even Unaipon suffered this when, without permission, the publisher sold the copyright of his stories to William Ramsay Smith who published them without acknowledgement to Unaipon in 1930.

Writer and La Trobe University lecturer Kelly Gardiner talked about the importance of the concept of #ownvoices.

“What own voices try to do is to provide that representation, but on the basis of people who have a connection to that lived experience, rather than [a] queer experience being told by straight people only, which is how it has been, often, up until now,” Gardiner told upstart.

Both Gardiner and Duyvis agree on the special importance of representation to young adults and children, particularly the importance of allowing growing minds to see themselves on the page and identify with the characters.

“I’m old enough to have grown up with not really many queer voices… I had to read myself into these books about tomboys for example and read characters like George from The Famous Five as queer, even though she’s on the page not overtly queer,” Gardiner said.

Duyvis was diagnosed with autism at the age of 14.

“It wasn’t until I was well into adulthood that I actually started seeing characters that I could relate to and I realised this is what I’ve been missing,” she said.

“If I had read one of these characters as a teenager, I would have known so much sooner that, hey, this could be me.”

While we have come a long way and a wider range of stories are being told that represent the diversity of humanity better, it might be that we haven’t completed the journey. Continuing to make sure that we as readers support a more diverse literary space can be a key element.

Here are some resources for those looking for diverse books.

Aboriginal and or Torres Strait Islander books for children.

Voices from the Intersection.

Photo: Book Open Pages by Hermann available HERE and used under a Creative Commons Attribution. The image has not been modified.