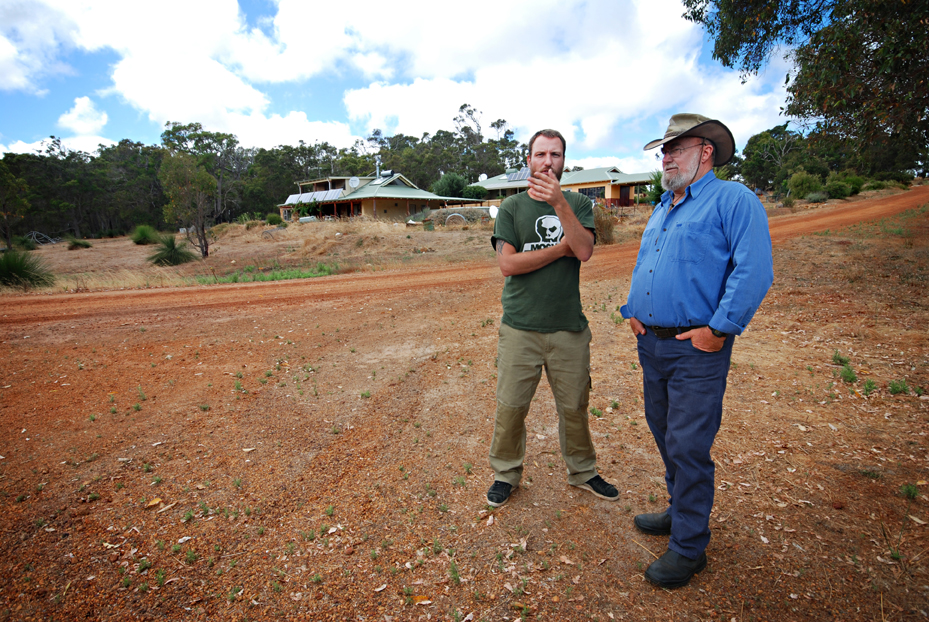 In Yallingup, Western Australia, we meet permaculture expert Warwick Rowell, who spent more than a decade attempting to establish an ecovillage in the area. Yallingup got its name from the Aboriginal word for ‘place of love,’ but as the Rowell family’s story tells us, it has not been all wine and roses.

Warwick Rowell is a man of many hats. He’s a business man, entrepreneur, a Master of Science and an organic farmer to mention but a few. He told us his fascination for communities started in his early teens when he spent time on cattle stations in the Kimberleys.

‘Each of the homesteads on the cattle station was a community. They’d comprise of four or five white people, a dozen half casts and over a hundred Aborigines.’

‘They all had to get along to do what they were there to do. It was an interesting exercise in a working community made up of really diverse people from diverse backgrounds,’ he said.

Warwick has a broad educational and professional background. He has worked as a management consultant and project manager. He is a prolific writer on subjects of sustainability, organic farming and permaculture, and has been involved in a number of organisations, varying from business associations to sustainable development organisations and community groups. And he still runs courses on permaculture and consults upstarts and entrepreneurs in green business development.

In 1988 he became active in permaculture, and took on the Rosneath Farm project in 1991.

Since our visit to Yallingup, Warwick tells us the legal disputes have finally settled to protect the interests of the original residents. The property has now been redeveloped along conventional lines.

‘Neither side of the dispute is involved in the management of the property any more,’ Warwick says.

However, the family’s sustainability focus remains, and they are all working on a number of projects.

Richard has just finished building a straw bale house and is working on two others. Warwick and Gillian have built a retirement cottage near to Richard, his wife Kate and their three daughters, and they have set up and are managing an orchard with 50 fruit and nut trees. They are currently working on making their place ‘totally adapted to wheelchair existence.’

‘It’s is something that I look likely to face as my back crumbles rapidly, after a 1970 car accident,’ Warwick tells us.