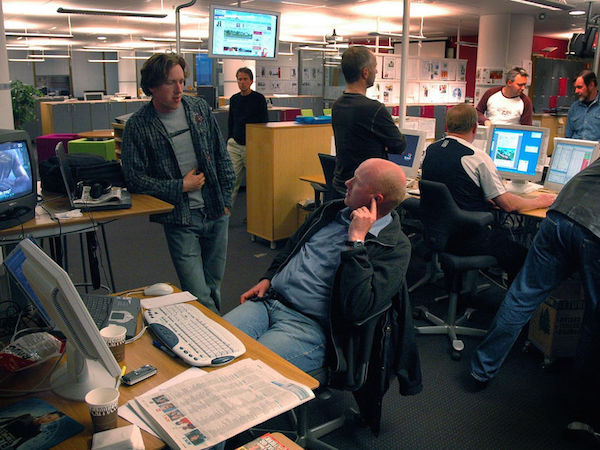 The Inside Scoop is a podcast series that gives insight into the working lives of emerging journalists.

In this first episode, Philippe Perez talks to three journalists who are making diverse content for different online newsrooms. They discuss what motivates them to keep writing, compiling and producing content in an ever-expanding online news environment.

The Inside Scoop – Episode 1, Online Newsrooms by Upstart_Magazine on Mixcloud

Chloe Papas is a freelance journalist and a former cross media reporter at an ABC Local newsroom based in Albany, Western Australia. Follow her on Twitter: @chloepapas.

Riley Beveridge recently finished working for Happell Media and is now a journalist and digital producer for Fox Footy and Fox Sports. He is a former deputy sports editor of upstart. Follow him on Twitter: @rileybev.

Broede Carmody is a business reporter for SmartCompany. He has been published by The Age, Crikey and The Conversation, and is the former editor of RMIT’s student magazine, Catalyst. Follow him on Twitter: @broedecarmody.