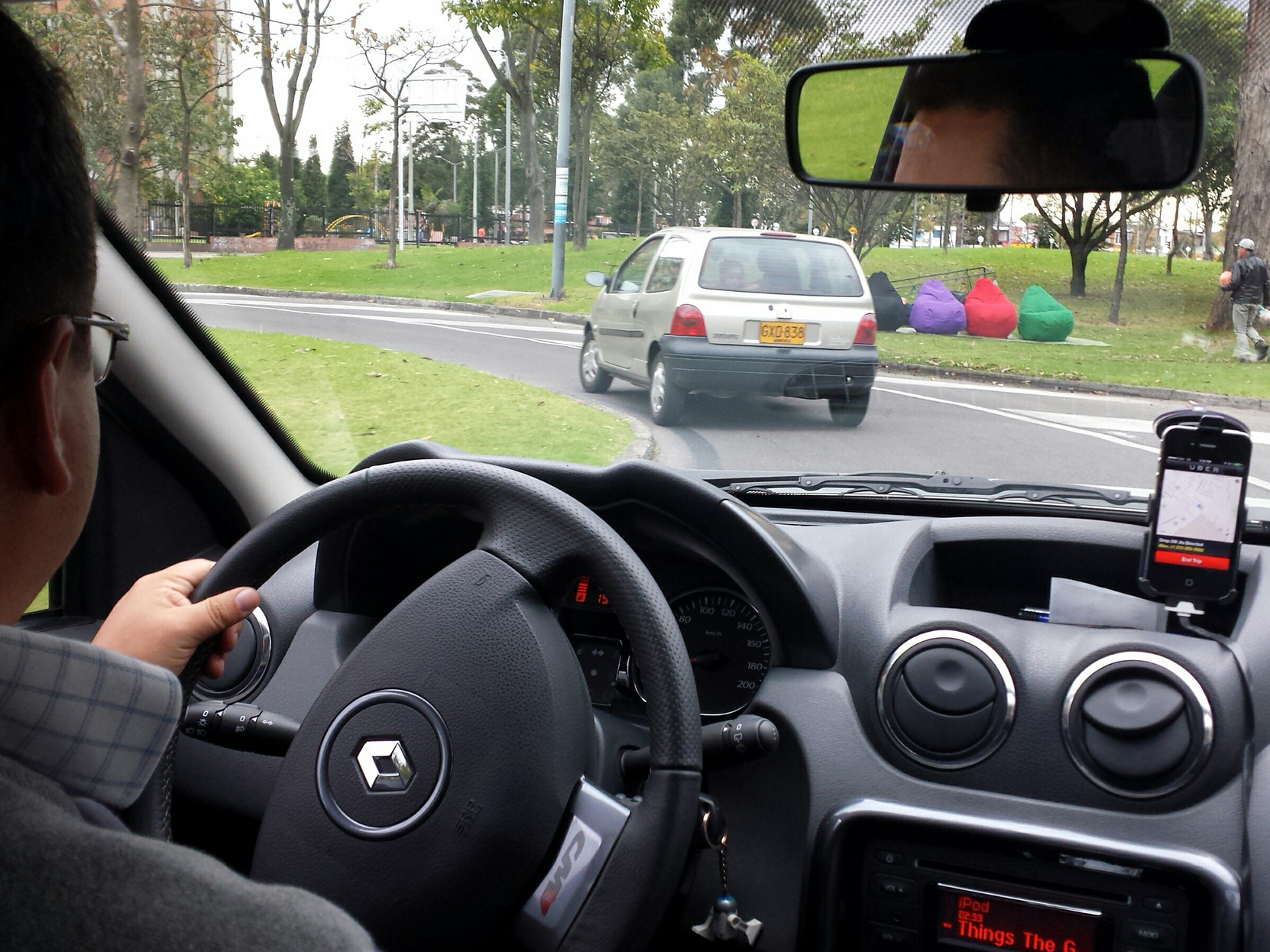 Uber launched in Australia in October 2012 with a smartphone application that allows users to request immediate collection via private car.

For the consumer it works almost exactly like a taxi, except it’s often cheaper, faster and considered more reliable.

Professor of Economics at Monash University, Stephen King, has described the Uber Black service as “broadly legal” but suggests that UberX, the low-cost version, is actually illegal.

Uber Melbourne’s Twitter page describes it as “Everyone’s Private Driver in Melbourne” but the fine print on their website states that “Uber is not a transportation provider”.

upstart spoke to Uber’s Communications Lead for Australia and New Zealand, Katie Curran, about the legality of UberX in Victoria.

“Currently, there are no regulations around ridesharing in Victoria,” she says.

When asked to further explain what makes UberX a “rideshare” service rather than a taxi service, Curran did not respond.

In reality, both Uber Black and UberX could be described as taxi services. Unlike taxis though, UberX drivers use their own vehicles and users pay online through the app. Drivers are not required by UberX to hold a commercial vehicle license, nor are their vehicles insured for commercial use.

On 23 March, 11 Uber drivers resumed a battle at the Melbourne Magistrates Court. Each had been charged with operating a commercial passenger vehicle without a licence and face collective fines of up to $7,500.

The Taxi Services Commission (TSC) used undercover officers posing as customers in order to catch the drivers out, a method challenged by defence barrister Peter Haag. The case has been adjourned until 14 July.

While the UberX business model is contentious, if not downright illegal, many users simply don’t care. A vox pop undertaken by upstart indicated a largely positive public response to Uber.

“The quality of service is definitely far more important than the legality,” says Ryan Myers, a 27-year-old photographer and UberX user.

“So far I have not had a single bad experience [with UberX] in comparison to every second cab that screws you with charges somehow,” he says.

Myers wasn’t the only respondent to provide unprompted criticism of legitimate taxi companies.

Ryan Kovacs, a Sydney-based electrician, says he prefers the idea of a regulated system based on “the safety and reliability of taxi licenses”. However, Kovacs also says that “regulation probably winds up less effective than Uber drivers who each personally have a ton of good feedback and a good reputation to uphold”.

Kovacs is referring to a function within the app that allows both users and drivers to rate each other after each exchange. Afterwards, the ratings are compiled into an average and permanently attached to that person’s account.

Uber also has an “I lost an item” function, whereby users can directly contact drivers and organise misplaced items to be returned, another feature users seem to value.

But Uber certainly has its critics.

Russell Howarth, an established Sydney hire-car driver, has been making citizens arrests on UberX drivers and has launched a campaign called Arresting Uber.

Howarth stresses that drivers and passengers may not be covered by insurance while on the job, citing an incident in San Francisco where an UberX driver hit three pedestrians, killing one. The driver wasn’t carrying a passenger at the time and Uber absconded responsibility.

Uber’s accountability is to their customers rather than the law. This approach, propped up by support from investors such as Google and Goldman Sachs, has helped Uber grow.

Uber’s market share increased by over 700 per cent in 2014. In November 2012, Uber accounted for one per cent of “rideshare” services while the taxi industry held the other 99 per cent. By the end of 2014, Uber had 22 per cent and, much to the dismay of the taxi industry, they held only 78 per cent.

While the taxi industry seems intent on shutting Uber down, The Harper Review, released 31 March, calls for a deregulation of laws that limit rideshare services such as Uber.

Competitive pricing and quality service seem to be trumping the government-regulated taxi industry, for now at least.