Why is the oBike causing such a fuss? 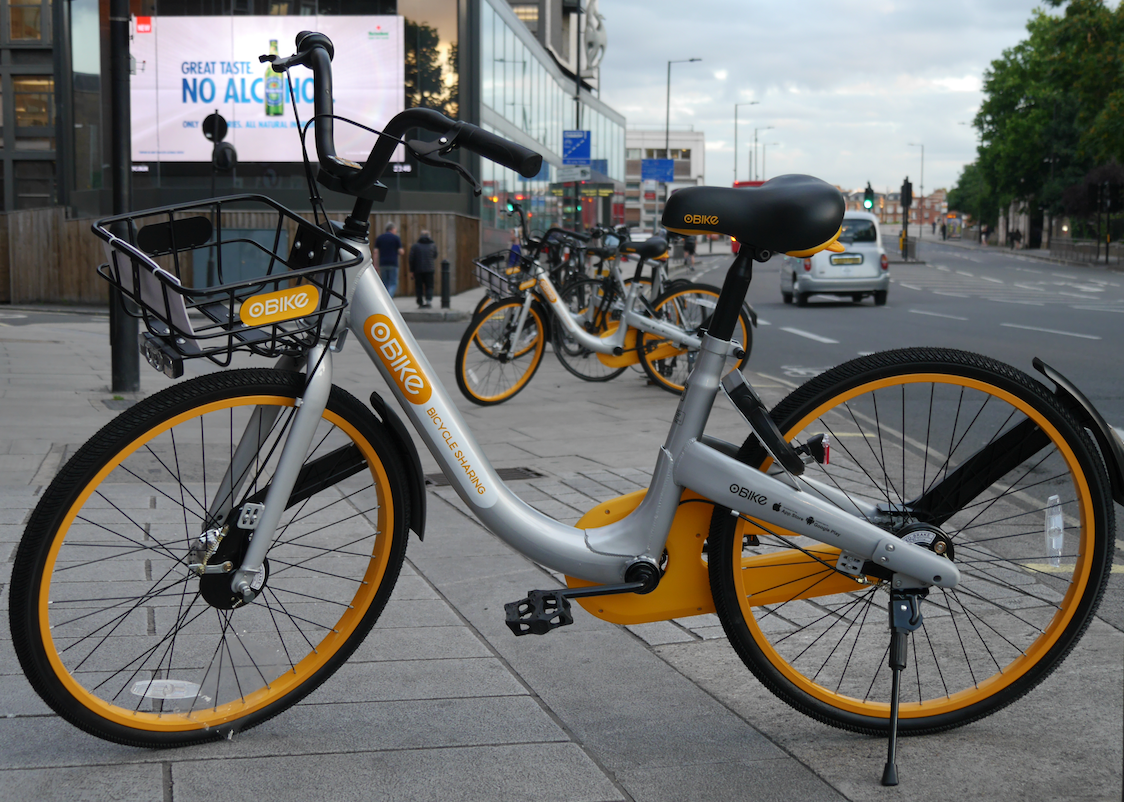 Singapore-based company oBike has sparked a public debate on whether their bike sharing system is suitable for Melbourne after bikes were vandalised and left in dangerous locations.

In the last few months, the fleet of yellow and silver bikes have been taking over the city, causing Melbourne residents to stumble over the carelessly abandoned bikes.

oBike brought their dockless bike sharing system to Australia after experiencing success in Asia and Europe. oBike provides an alternative to the RACV blue bikes as riders are not forced to return the bikes to a docking station.

Instead, they can leave their oBike in a recommended parking location. This has been interpreted broadly by the public so that, in some cases, the bikes are dumped anywhere the rider wants.

The abuse of this unique feature has caused controversy for the company since oBike was launched in June this year.

The premise of oBike is simple. Riders download the oBike app and use their camera phone to automatically unlock a parked bike.

Users then ride to their desired location and park the oBike safely. They are then charged for the duration of the trip. oBike provide clear recommendations to users about parking their bicycles.

In theory, the system works.

In practice, oBikes have been the subject of widespread vandalism and mistreatment.

oBikes have been left on walkways, close to train lines and dumped in the Yarra River. Other bikes have been damaged beyond use, leaving them to clutter Melbourne’s streets. 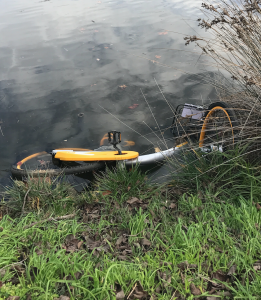 oBike dumped in the Yarra River.

Georgia Casey, an architecture student who recently had the opportunity to use oBike in both Melbourne and Singapore, spoke to upstart.

“Probably more than half of the ones I have attempted to ride here have been broken or vandalised,” she said.

“It’s like oBike has become the new abandoned shopping trolley you see in the street,” Casey said.

One difference between how oBike operates in Melbourne compared to other countries is due to Australia’s mandatory helmet laws for cyclists.

In response, oBike supplied each of their bicycles with free helmets.

However, common theft of these helmets renders oBike useless, unless users are willing to risk a $198 fine for a quick bike ride.

oBike Head of Marketing, Chethan Rangaswamy told 3AW that the 40 percent rate of helmet theft in Melbourne since oBike’s launch in June, had surprised the company.

“We were expecting 10 to 20 percent,” Rangaswamy said.

Is oBike the issue or is it Melbourne?

oBike’s success in Singapore is the reason the company decided to branch out to other countries.

So, why are the results different for oBike in Melbourne?

Casey blames cultural differences for oBikes’ mistreatment and the controversy since the company’s Melbourne launch.

She recounts her experience in Singapore where the only damaged oBike’s she encountered were those suffering from general ‘wear and tear’.

She also said that riders in Singapore treated the oBikes as if they were their own property.

Casey said she primarily uses oBike recreationally, rather than a means of transportation. However, oBike was essential for her travel in Singapore’s busy city.

If oBike is unable to be useful as a means for transportation, the public and those who use it are likely to view it as a gimmick, and are therefore less likely to tolerate it.

Bike sharing can work in Melbourne

Not all bike sharing systems in Melbourne have caused such a fuss.

Monash University in Clayton has used a successful bike sharing program on campus over the last decade.

However, unlike oBike, Monash University’s ‘Sobi’ bike-sharing program has been an evolution of different schemes that began as a student initiative to design, create and maintain bicycles.

Monash now outsources the work to Social Bicycles, to cater more bikes to students, at a higher quality.

But this project by the university was not considered lightly. The last thing they wanted to do was dump a fleet of bikes on campus and let the students go wild.

It was a process aimed at incentivising students to ride to university and to use provided bike paths and lanes for safe travel and sustainability.

“When the students started, there were no (RACV) blue bikes in Melbourne, there were no oBikes… We were really at the forefront,” Barton told upstart. 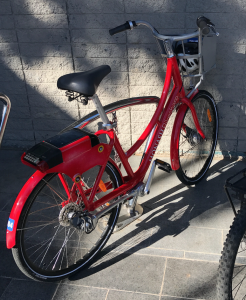 “One thing I have noticed is that our share bikes require students to lock them to a bike hoop, where the oBikes you don’t have to.

“So, what I have started to notice is that our students are locking our bikes but are not locking them to the bike rail,” Barton said.

He questions whether the new oBikes in Melbourne had influenced this trend.

But Monash University has not been plagued by the vandalism and poor behaviours that oBike has experienced.

“I’m pleased with our bikes, we haven’t had to serve a fine on them at all so far, so I think that they are respecting the infrastructure,” Barton said.

Another potential hazard of the oBike is that it may be targeted to a demographic of users who are unlikely to be regular cyclists or have any cycling experience at all.

“The last time I rode a bike for an extended amount of time was when I was a little kid,” said Casey, who admitted she had limited knowledge of Melbourne’s cycling laws while using oBike.

Experienced cyclists are likely to already own a bike and therefore would not need to use an oBike.

This could mean a large portion of riders are inexperienced cyclists. There is nothing preventing a person from riding an oBike without knowing how to safely navigate the roads and public areas.

“We’ve had issues with people signing up for the share-bike scheme who have never [ridden] a bike before, which is really dangerous…”

“We have tried to provide some educational programs for the students,” Barton said.

What does the future hold for oBike?

Despite a bumpy start, oBike have plans to release hundreds of additional bikes to the public. 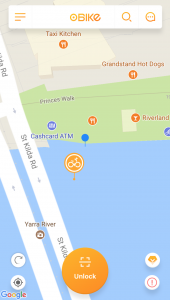 The GPS location of an oBike in the Yarra River on the app.

Convoys of oBikes have been spotted in fields outside Melbourne, just waiting to be rolled out.

But Lord Mayor Robert Doyle had a stern outlook on the future for the dockless bike system and has threatened to ban oBike on Melbourne’s streets.

“We work hard to keep the city free of clutter. They are clutter and that must be fixed,” he told the Herald Sun.

oBike has recently been banned in Amsterdam and Doyle believed Melbourne could follow suit.

“We are working with oBike but if an agreed solution is not found, this is the track we will have to take,” Doyle said.

“The local council has been talking to us about how we could expand our bike scheme to the broader community, but I think that will change with oBike coming into the marketplace,” he said.

oBike has not responded to upstart‘s request for comment.

Jed Lanyon is a third year Media and Communications (Sports Journalism) student at La Trobe University. You can follow him on Twitter: @JedLanyon