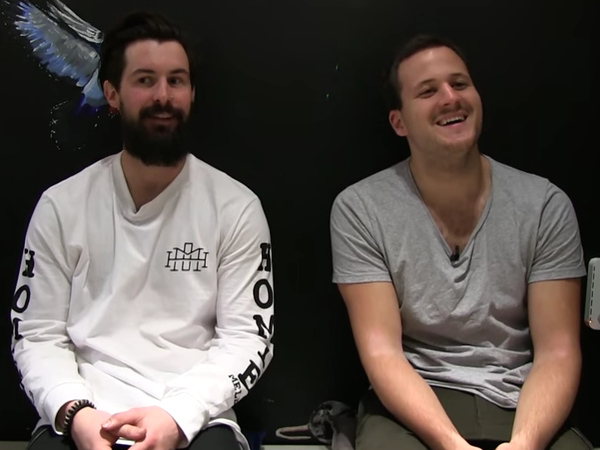 The concept of the HoMie store was created by three of Melbourne’s newest entrepreneurs, Nick Pearce, Marcus Crook and Robert Gillies.

After the success of their Facebook page, Homeless of Melbourne, the idea for a store that gives back was spawned.

Having received so much media attention since their pop up store opened in Melbourne Central, they are now seeking a more permanent set up, potentially in Chadstone Shopping Centre.

But there’s more in store for these three men, who are working on a new strategy to make beer charitable.

The trio, who are all under 30, have achieved more than they’d ever imagined, and have set a high standard for future Melbourne entrepreneurs.

upstart sat down with two of the men, Pearce and Crook.

Xavier Martin is a third year journalism student at La Trobe University. He joins the upstart team this semester as a Multimedia Producer focussing on video, interview, podcast, radio, sound and imagery.

Jack Howard is on exchange at La Trobe University. The Chicago-native is a senior at the University of Missouri. You can follow him on Twitter: @JackHowa.