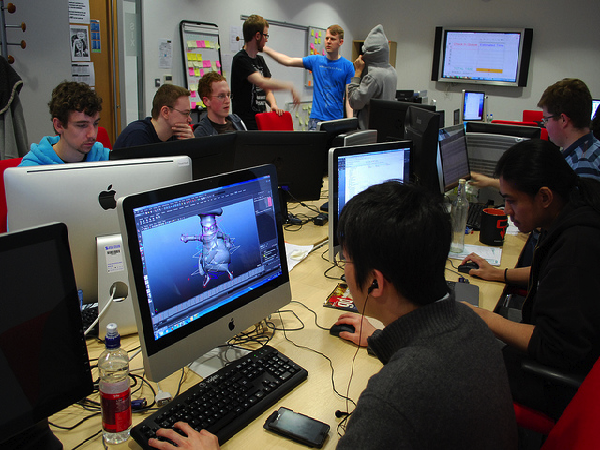 Game development has changed massively in recent years, with developers reliance on publishers and expensive distribution making way for something with a lot more freedom.

At the turn of the century, video game developers were at the mercy of the big publishing companies for funding. Since then, however, developers have been given unprecedented independence and creative freedom thanks to crowdfunding and digital distribution.

Crowdfunding became popular when developers wanted the independence to push games at their own pace, without a publisher setting a release date.

It’s only become a major part of the industry in the past couple of years because the accessibility of the Internet allows developers to express their ideas directly to consumers.

Kickstarter is one of the better examples of crowdfunding for game developers. With the success of gaming on its site, Kickstarter termed 2012 the ‘Year of the Game‘, noting that of the 11 projects on Kickstarter to surpass a million dollars in funding, seven were games.

They also released data in the same blog article that showed the games category had been the most funded that year. 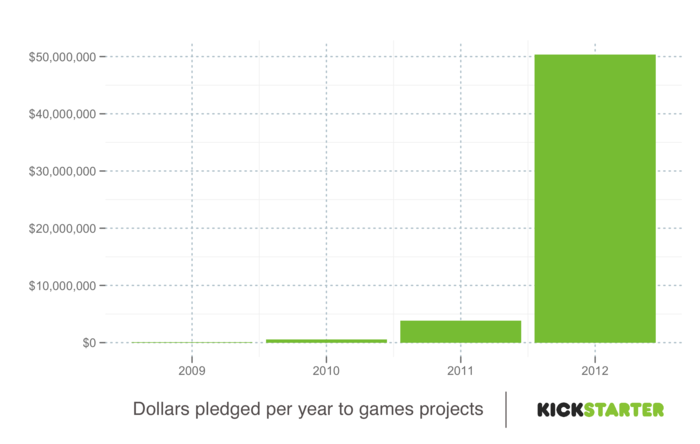 Kickstarter says the huge burst in use is because “Double Fine signalled to game developers that they could use Kickstarter to do something that previously seemed impossible: make the game they wanted without outside interference”.

As of this year, the games category on Kickstarter is still the largest category, with $277 million raised via thirteen thousand projects. In contrast, the film and video category raised $240 million dollars.

The success of crowd-funding has included titles such as Planetary Annihilation (which raised $2.2 million) and Star Citizen (over $50 million overall as of August 2014).

This does not mean that every campaign is an instant success. According to their site, the success rate for the games category is an abysmal 34 per cent.

Considering the huge amount of projects (almost thirteen thousand) it’s not too bad, but it’s still a deplorable ratio.

Furthermore, Gamerant noted that only a third of Kickstarter games end up delivering on their promises.

The problems limiting its effectiveness are the success rate, and that Kickstarter does not refund money if the project fails to reach its goal — whatever was raised goes to the project creator, regardless of how little it is. 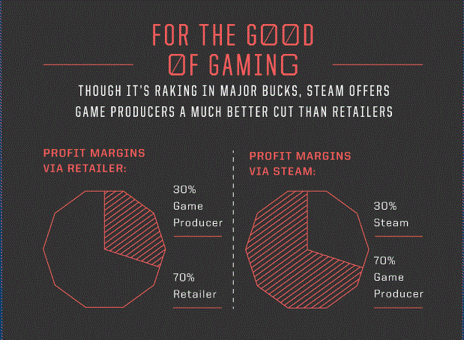 The second, and slightly older change to the gaming industry is digital distribution. PC gaming client Steam, the Xbox marketplace and the Playstation Store are three major examples of major digital distributors allowing independent developers to publish their products without prohibitive costs.

By driving down costs, it allows developers to remain independent and pursue their own ideas.

“Currently, [for] a game that you go to Best Buy and purchase, the publisher retains about 17 per cent of the retail price. And then there’s the problem of used games,” Chris Swain explained to Forbes Magazine.

“The third problem with retail is you have this shelf-space window [of] about a month to get your game out and marketed. If [the publishers] can start distributing digitally, all those problems go away.”

Assassin’s Creed creator Patrice Desilets stated in an interview about the future of AAA games that “nobody cares about not having CDs any more. The future is digital, and there’s nothing you can do about it”.

Minecraft is the most notable and well known success story for indie games, and a good part of that success was due to the digital distribution of the game. To this day, the PC version does not have a hard copy you can pick up at the store; the entire game is downloaded from Mojang‘s own servers.

Digital distribution has been used for several years now, so it’s not a new thing, but it’s still being improved upon today. Video game giant Valve released a new feature in 2012 called ‘Steam Greenlight‘, allowing developers to pitch their games to the Steam user base.

Well-received games are released onto the Steam Store, giving an incredible platform for distribution and more importantly, awareness. It also removes hosting and distribution costs from the developers, at the cost of a slice of the profits going to Valve.

“I think on the independent side, the opportunities are wider than they’ve ever been to be financially successful,” says President of Capybara Games Nathan Vella.

This isn’t to say that the big publishers are redundant in today’s industry, but today there are more independent games being published than ever before.