The Black Lives Matter movement has sparked a sudden change with many influencers who are now using their platform to speak out about important global issues. 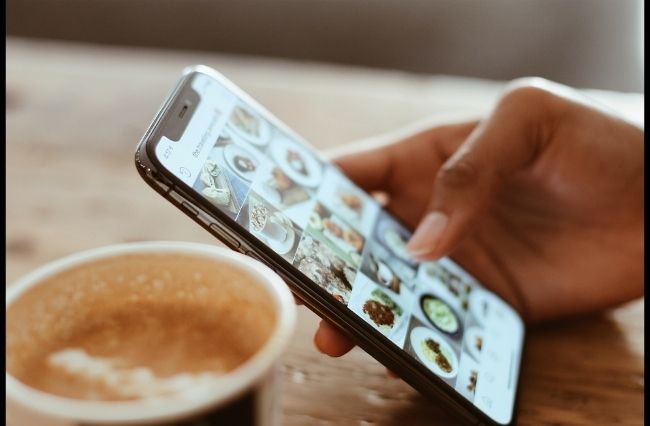 Social media is one of the biggest sources for news and general information. The power that social media influencers have on their audiences’ buying habits and opinions is something that can be overlooked by many. According to USA Today, influencers can make up to $100,000 a single post.

Not only do influencers have an audience that they’ve established and persuade to support certain brands or stores, they are also showing increase power to persuade audiences to support political issues.

During the recent Black Lives Matter (BLM) protests, social media influencers began to speak out and use their platforms to point out racial injustice and inequality. For example, influencers such as Huda Kattan, a beauty blogger that has more than 47 million followers on her Instagram account, Huda Beauty. Kattan used her status to share her support towards the BLM movement along with donating US$500,000 to it.

Cameron Rogers, a popular health and food influencer from New York uses her online presence to make an impact through Instagram and her personal website. Rogers has contributed to the movement by sharing Anti-Racism resources and says there’s nothing she wouldn’t speak out about if she had an eager interest.

“If I feel passionate about something and believe more people should learn about a specific topic at hand, I feel inclined to share it with my community,” Rogers told upstart.

Rogers was named one of Forbes’ top five entrepreneurs that have changed the New York wellness scene. She runs the website, Freckled Foodie where she shares her authentic health journey to her followers.

When it comes to her followers, Rogers believes that there’s a responsibility that arises with having a platform. This is something she takes into consideration when it comes to political and social world issues.

“I believe everyone has the right to decide what they want to share, but I also believe that with a platform or a following comes a responsibility and people are turning to these influencers for direction, inspiration, and guidance,” she said.

“Because of that, I do encourage influencers or people with a following to speak up on important matters.”

Over time, the idea of those with platforms speaking out about political and social issues has changed quite a bit through athletes and celebrities. Incidents such as George Floyd’s death and other police brutality acts has led to notable figures such as LeBron James using their profile to protest racial injustice and police brutality.

Rogers believes that the BLM movement has led to a lot more people re-considering whether or not they should use their platform to speak about these types of important issues. BLM is something that Rogers has an invested interest in. She has been one of the many influencers to focus on promoting the many educational resources through her social media.

“It has made a lot of people realise that the concept of ‘I don’t want to be political’ is a huge privilege and that silence is violence,” Rogers said.

“It’s something I care deeply about and have shared an immense amount of educational resources on my platform as I believe we all have a lot of work to do, a lot to learn, and a ton of rewiring to do to further our anti-racism work.”

It’s difficult to understand just how much of an impact that influencers can have on their audiences. Despite this, Rogers feels that there is great potential in it, as is proud of her attempts.

“As much as some people may want to deny the impact, I think it is huge. I believe there are influencers out there who people really do turn to for advice and guidance and inspiration,” Rogers said.

“From the responses I have received in regard to my sharing of my educational journey within this BLM movement I am really proud of the impact I have had on my community.”

In Australia, Garrett McNamara, a social media influencer based in Melbourne has recently begun using his platform to speak about certain issues such as the border restrictions on Queensland, a result of the COVID pandemic.

Garrett has been particularly unhappy with seeing celebrities getting special treatment in this case.

Not only is McNamara trying to influence his audience, he wants to have an impact on those who are in charge of decision making such as the Queensland government.

“I also spoke publicly on the Queensland premier’s Instagram post… asking for her to show some compassion for this family, however, her social media team had deleted mine and similar comments.”

There are still boundaries to McNamara in what he will use his social media platform for when it comes to political issues. He believes that he would rather allow others to speak out on issues he doesn’t have a wealth of knowledge on.

With his mixed ethnic background, McNamara prefers to address certain topics through others who have had more exposure to it.

“While I don’t quite fit into the category of white privilege neither person of colour, I feel it would be a little odd for me to talk about how bad something is if I have never experienced it,” he said.

“Don’t get me wrong I have definitely experienced forms of racism. I certainly exhibit signs of white privilege. So, in these instances, where I feel I want to address a topic. I would let someone who is adequately educated or experienced use my audience to speak up.”

McNamara has also noticed the positive effect that BLM has on influencers including continuing to spread awareness and to help eliminate the excuses.

“It’s sparked some sort of ripple effect. Which is good, spreading awareness on social issues means time is running out for the ‘I didn’t know that happened here’ excuse.”

Ryan Long is a third-year Bachelor of Media and Communications (Sports Journalism) student at La Trobe University. You can follow him on Twitter @ryanlong1297

Photo: Selective Focus Photography of Person Using Iphone X by Kerde Severin available HERE and used under a Creative Commons Attribution. The image has not been modified.