What is it about sports that makes regularly behaved people change personalities to chaotic fans? 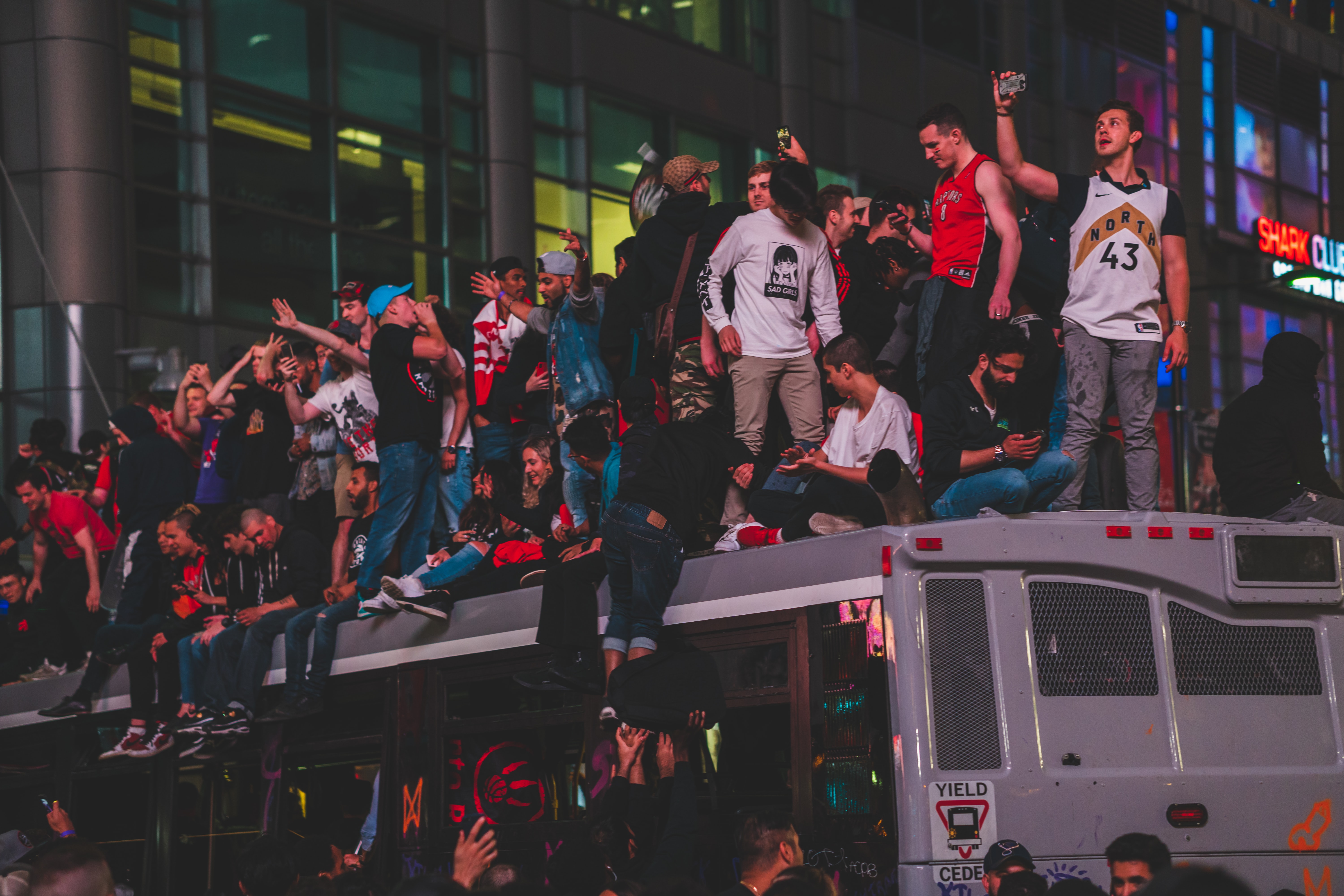 Superman, Batman, Spider-Man, your average sports fan. While it may seem like one of these doesn’t belong, they all share one common trait: secret identities.

It may be a stretch to call a sports fan a hero, although some fans may argue continuing to support a team that has had a sustained lack of success is somewhat heroic, the fact remains that both sports fans and superheros both exist having two unique, separate personalities in one body.

When watching their favourite sports teams from the stadium or the couch, fans can lose themselves in the moment and display a whole new persona, that they never otherwise show.

Friends and family who may not even raise their voice over heated arguments at the dinner table, may suddenly be seen calling the umpire a “balled headed flog”. Grown adults who rarely show an ounce of emotion are suddenly turned into blubbering babies because of a sports result.

So why do people get so passionate about sports?

According to Doctor Susan Whitbourne, a professor of psychology at the University of Massachusetts Amherst and an expert on the psychology of sports fans, says the unpredictability of sports is what excites them.

“Unlike scripted forms of entertainment, sporting events do not have a pre-defined outcome, as a result, our autonomic nervous system can show greater activation, including the highs and the lows, as the event unfolds,” Whitbourne tells upstart.

With movies you can likely predict the ending: the hero saves the day and everyone lives happily ever after. With the outcome in sports not set in stone, it leaves the viewers on edge and un-nerved..

With an undecided outcome, fans will likely have a lot of pent-up nerves leading up to the game, more often than not, it can lead to an outpouring of emotion, win or lose. However, this isn’t what causes sports fans to have a large shift in personality while watching games.

Whitbourne says that “disinhibition” is what causes this. Disinhibition is when a person behaves in a way which can be classed as rude or offensive when compared to the social norms due to an outside stimulus, this frequently occurs with alcohol, and drugs, but sports can have a similar effect.

At stadiums you’ll see all sorts of characters, some might have unique haircuts, some might be missing teeth, one fan may spend their nine to five saving lives and the other a banker, but their differences don’t matter when they’re in the stadium together.

Outside of the sports world, it would be unlikely that people with vastly different backgrounds would come together, yet when watching sport, the only thing that matters is what team you support.

“People crave social connections, and those [connections] with a community of like-minded people are especially rewarding,” Whitbourne says.

Fans may enjoy coming together with other people who share one specific trait; however, it can also be a factor as to why they have a change in personality.

“Emotional contagion leads people to take on the emotions of whoever is around them, particularly in a large crowd,” she says.

While this can have a unifying effect as we saw a few weeks ago when Lance Franklin kicked his 1000th goal in the AFL, it can also incite mass acts of violence. A small number of fans, who outside of their supporter groups are civilised, suddenly become capable of horrendous acts.

In Bill Buford’s book Among the Thugs, he follows around football (soccer) fans throughout Europe in the 1980s. During the week, the fans Buford interacts with have regular jobs and live out a stereotypical family life, however, once they come together, they can tear cities apart with their hooliganism.

One specific example is when Buford follows Manchester United fans to the Italian city of Turin for an away game where they decide “it’s going to go off”. What follows are riots in the streets, fights between civilians and police, and grown men beating young children to “near death”, simply because of the team they support.

While fan behaviour has significantly improved since the eighties, it’s not out of the ordinary for fights to break out at stadiums today. Violence however isn’t the only response fans have when watching sports, as it can also positively and negatively affect mental health.

“There is a definite boost to mental health of having a team be successful, especially if your identity is wrapped up with the team,” Whitbourne says.

“On the other hand, if your team is losing, this can go the other way. However, there is also the factor of identifying with the underdog that can help the loyal fan cope with continued disappointment.”

Because fans can have their mental health affected by their team’s results it’s not out of the question for some people to have to stop watching all together.

“If they are unable to draw the line between socially acceptable rooting for the team, or being unhappy when they lose, it might be better either to take a break or learn why they’re reacting so strongly out of the norm,” she says.

While it may only be in the most extreme circumstances that someone would have to give up watching sports entirely, it’s very common for your average fan to have a large personality shift when watching their team.

James Walker, a passionate Richmond Tigers fan, is currently studying commerce at Melbourne University and would describe himself as introverted, however at a live game his voice can become hoarse from shouting all day.

“I’m never usually loud or demonstrative, but whenever I watch my team, I can’t help but forget about where I am and shout non-stop,” he said.

“The fact that the outcome of the game and the action of the players is completely out of my control, yet they’re the ones who will determine if I go home happy, is what causes me to get so passionate and show a side of my personality that in other environments I never would.”

Sports fans all over the world will always continue to wear their heart on their sleeves and display character traits they normally wouldn’t elsewhere, it’s what makes sports great.

However next time you see a fan showing high levels of passion, just remember, they’re likely only like that when watching their team.

Photo: People on top of shed during nighttime photo by Brian Jones available HERE and used under a Creative Commons licence. The photo has not been modified.