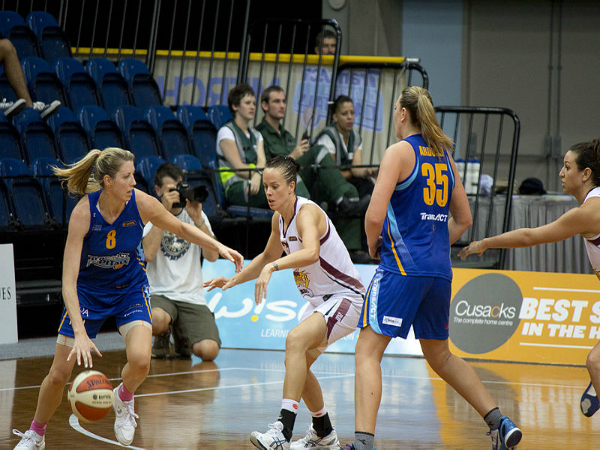 Female sports have not only remained stagnant in the last four years, they’ve actually gone backwards in terms of competitive exposure and news coverage.

The Australian Sports Commission (ASC) undertook a study on female sports between 2012 and 2014. The result was the Women in Sport Broadcasting Analysis report, which found that women’s sport accounts for seven per cent of the total television sport coverage and only six per cent of television and print news.

The ASC’s previous report, Towards a Level Playing Field: sport and gender in Australian media, was released in 2010. It found that women’s sport accounted for the same percentage of total TV sports coverage as it does now; however, it made up nine per cent of sports-related news.

The decline in news coverage may not seem substantial, but the fact that already low percentages have decreased further is cause for concern. Alarmingly, these statistics are likely to worsen in the near future.

Broadcasts of the upcoming seasons of the W-League and Women’s National Basketball League (WNBL) have been axed by the ABC.

Whilst it may appear as though the WNBL is destined for many years on the periphery of the Australian sports agenda, Richard Goodbody, the JCU Townsville Fire General Manager, tells upstart the axing of the telecast is an opportunity, not a setback.

“While the ABC have done a good job over the last three decades of broadcasting the WNBL, they have been commercially restrictive in terms of their editorial charter and what they do and don’t do around the marketing of their fixtures,” Goodbody says.

“I think it’s a real chance for the league to be able to go out to a broadcaster and be able to expose the competition and games to a wider set of fans.”

All 72 matches of the 2015 ANZ Championship will be aired on Fox Sports, allowing for maximum commercial benefit. In addition, one match per week is simulcast on the free-to-air channel ONE, allowing for a greater audience reach and further exposure.

The WNBL is looking to follow netball’s television broadcast rights standards by sacrificing funds in order to gain the necessary exposure required for long-term growth.

“Basketball Australia’s CEO, Anthony Moore, has had preliminary discussions with free-to-air networks about how the WNBL could be placed on mainstream television next season,” Goodbody says.

“It looks like there’s some appetite for a pay-for-production basis where the sport pays for the production and the broadcaster provides the platform for it to be screened on.”

The ASC’s report suggests female sporting codes must embrace alternate media platforms such as online streaming but, as Richard Goodbody explains, obtaining television rights must be the priority for any sporting code.

“I think live streaming works very well for your captured audience, those that are already passionate about the game,” he says. “Live streaming compliments a traditional broadcast, be it on free-to-air or pay TV.”

An area in which all women’s competitions could look to improve is providing audiences with an insight into the athletes themselves. The Australian Sports Commission’s 2014 report found that only three per cent of TV news coverage was profile-related.

The female sporting codes should be making players readily available to media outlets in order to create personal connections with audiences and help to enhance the marketability of their brand.

“The reality is we need more high profile women who play sport in the public eye, and we need stories about them as people, not results,” Kate Palmer, the CEO of Netball Australia, said as part of the government research.

The product exists because people love sport. Statistics regarding women’s sports at the Olympics are very favourable, so why can’t domestic competitions develop into a commercially prolific entity in Australia?

It will take time because issues of this magnitude rarely have immediate resolutions, but there’s no precedent to suggest women’s sport can’t buck the current predicament.

The AFL was not always the commercialised powerhouse it is today. There were times when players balanced part-time jobs with playing careers, just as many female athletes currently do.

Regardless of gender, sporting stars deserve the same level of acknowledgement for their talents and achievements.