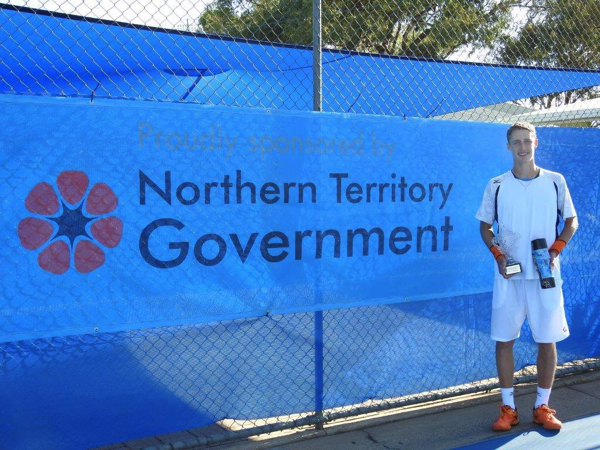 Victorian teenager Marc Polmans may become the next big thing in Australian tennis.

The 19-year-old discovered his form after reaching eight tournament finals in the past five months, winning four of them in the ITF Futures circuit – the third tier of men’s international professional tennis.

His performances improved his ATP singles ranking by more than 500 places this year, bringing him to a career high ranking of 272, ahead of other Australian teenage prospects such as Max Purcell and Omar Jasika. 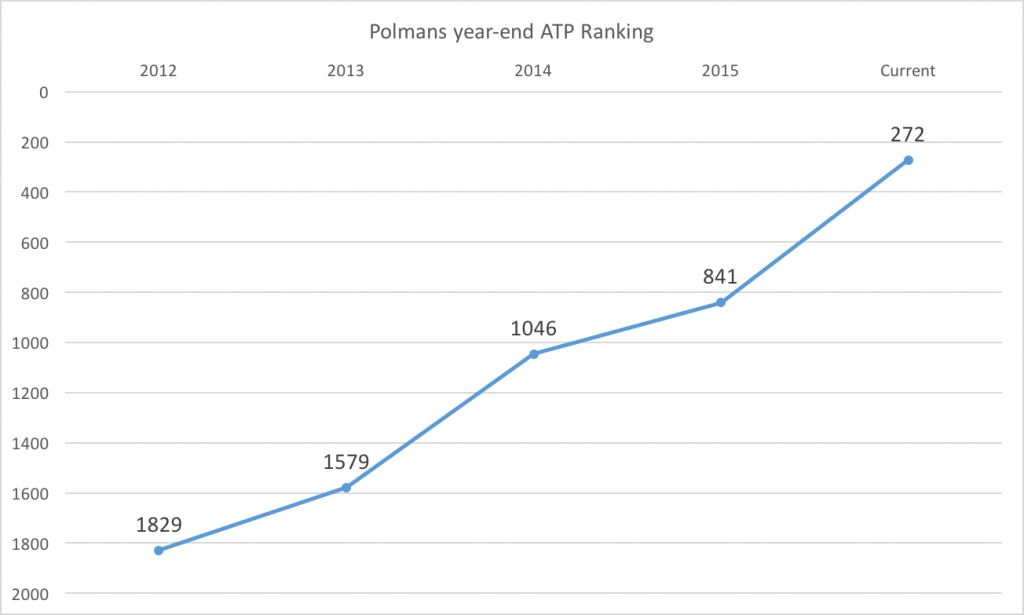 Polmans says the transition from the junior to the professional circuit requires adapting to new aspects of competition.

“The massive difference I’ve noticed is just the physicality. Men who are more physically stronger, they’ve got bigger serves and they can move better … that was definitely a big step up,” Polmans tells upstart.

“I find in the juniors you can play a few bad points and a few good points and get away with it, but in the pros it’s just consistently point after point. They play a solid point and there’s no concentration lapses or anything like that,” he says.

Polmans practices on all aspects of the game but says he tries to utilise net play, to give himself the edge against most opponents.

“I try come to the net as much as I can because I try to take time away from my opponent,” he says.

“These days a lot of the players are brought up just playing on the baseline, so no one comes to the net.

“That’s part of the game that I work on and I try and do a lot and it seems to be working, especially against some of these guys who are not used to it.”

“He’s been professional [before] so he knows what it takes. I’ve been working with him now for a year and a half … he’s helped me a lot with my serve and my movement around the court.”

Polmans says he hopes to improve his ranking further.

“My short-term goal is to try get my ranking inside the top 250 because if I can … that will guarantee me into the qualifying draw,” he says.

With tournament wins, an improved ranking and Peter Luczak in his corner, Polmans says he’s ready to make another attempt at getting into the main draw of the 2017 Australian Open.

“I’ve played Aussie Open qualifying in the last three years … it’s very difficult, but it’s somewhere I want to be because those are some of the best players in the world. You improve a lot quicker by playing against guys like that,” he says.

The South African-born teenager who resides in Brighton East, says playing for Australia is an opportunity he takes seriously.

“It means a lot because not many people get to travel around the world representing Australia, so it feels like a big privilege,” Polmans says.

Australia has 10 men inside of the ATP top 100 rankings, with Nick Kyrgios leading the charge as the world number 14.

The recent ‘tanking’ incident with Kyrgios, raised some interesting questions about whether the fame and glory of reaching the upper echelons of tennis at a young age can be costly.

With the fame and media attention that comes with being a top athlete Polmans says the most important thing is to be humble, respectful and to have a good attitude.

“[The fame] will definitely be a bit of a shock considering I don’t walk down the street like a Nick Kyrgios, but it will be pretty cool I think. You got to stay humble … I think if that ever happened to me, I’ll still be the same person that I am now and just be respectful at all times,” he says.

“My two favourite tennis players are Rafael Nadal and Lleyton Hewitt, mainly because of their attitude … [they’re] very respectful which is a big thing for me. You never see them disrespecting the umpire or their opponent, or anyone. That’s the reason why I like them the most.”

Polmans believes there is still much more he has to do before he can compete with players of that calibre.

“They’re physical machines so they can go all day and they’re super explosive. That’s something that I can still improve on so hopefully … [I’ll] be able to go for five hours straight like those guys can,” he says.

“I think I’ve still got quite a fair bit to go.”