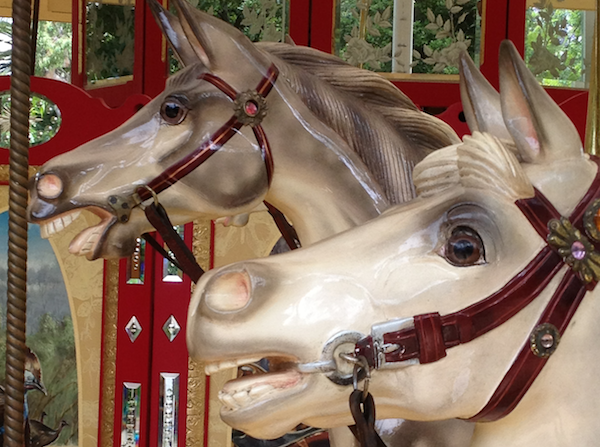 It was back in May, but Zabeelionaire became Australia’s other main hope in the Melbourne Cup after taking out the South Australia derby. The horse had only won its maiden race a month and a half earlier, but started favourite in the Group 1 at Morphetville. 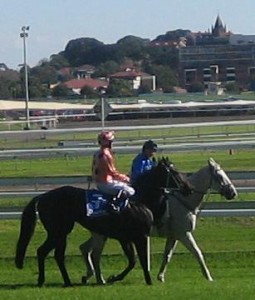 It included three wins and a second for the Robert Hickmott trained horse, but Fawkner stamped its authority as Flemington’s horse. Starting with a four length win in the listed Sofitel over 1400m on September 8, the horse went on to win two more races at the track before starting favourite in the Group 1 Emirates Stakes.

But it was Happy Trails that out nosed the horse over 1600 meters, giving the Lloyd Williams owned horse its only blemish for the spring.

It had to be two of the most impressive races by one horse this spring, so Puissance de Lune has already been installed as favourite for next year’s Melbourne Cup.

The Darren Weir trained horse put his name on the map with an eight length win in the two mile Bendigo Cup, and jockey Glen Boss knew there was something special about this one.

The five year old backed up two weeks later in the 2600m Group three Queen Elizabeth Stakes on Stakes Day, to beat all comers by five lengths, the most dominant win in the Melbourne Cup carnival.

7. Ethiopia’s win in the Australian Derby

It had everyone talking back in April, but Ethiopia’s win in the Australian Derby was one of the most impressive wins of 2012. The horse was last to the turn, but absolutely flew home in the two mile race. The win guaranteed the Pat Carey trained horse a start in the Melbourne Cup, but the spring never lived up to the same expectations with the horse injuring itself in the big race.

6. Pierro vs All Too Hard

Pierro, the Gai Waterhouse trained horse looked the unbeatable three year old of the spring, but it was All Too Hard that broke Pierro’s winning streak of eight, winning the Caulfield Guineas. Two weeks later, All Too Hard again stole the points, finishing second in the Weight for Age Cox Plate, ahead of Pierro in third.

The reigning Melbourne Cup champion took advantage of the Group 1 lead up race, swooping over a star studded lineup to take out the two mile race.

From barrier 18, jockey Craig Williams took the horse straight to the back of the field, and with pace up front, the race was set for a lightning finish.

Sitting 16th in the 18 horse field with 400m to go, Williams pulled the horse to the outside of the track, and carrying 58kg, the horse flew home to win by half a length.

The dominant victory forced chief handicapper Greg Carpenter to penalise the French horse 1 kg for the Melbourne Cup, and from the back of the field, Dunaden was unable to take out back-to-back cups.

It was a run of three straight Group 1 victories in Melbourne that made Ocean Park a household name by the end of the Spring.

After winning a Group 1 in New Zealand on September 1st, the horse came to Melbourne to take on Australia’s best.

The first target was the Underwood Stakes, and the $6 chance romped in to win by half a length and put itself on the Spring map.

That victory was backed up in a small Caulfield Stakes field, and Glen Boss made it two from two for the Kiwi horse.

But it was Ocean Park’s Cox Plate victory that capped off an impressive campaign, taking the horse’s prize money for the spring to more than $2.2 million.

The Lloyd Williams trained horse will be remembered most for winning this year’s Melbourne Cup in impressive fashion, but his entire spring will be etched in the memories of those who followed the horse’s campaign.

It began on September 1 when the horse flew home to finish an eye-catching fifth in the Group 2 Memsie Stakes. The horse followed that with a second placing two weeks later in the Group 2 Feehan Stakes at Moonee Valley, falling just short of Happy Trails.

But it was Green Moon’s dominant victory in the Group 1 Turnbull Stakes that pushed the horse into favourite for the Melbourne Cup, and was arguably one of the most impressive wins of the carnival. Jockey Craig Williams gave the horse every opportunity and Green Moon looked like Australia’s best chance to bring the Melbourne Cup back home.

The horse started favourite for the Cox Plate but flopped in the Group 1 Weight for Age race, suggesting maybe the horse’s campaign had come to an end.

But it was champion jockey Brett Prebble that stole the show on the first Tuesday in November, sitting the horse up on the pace and running away from all competitors in the straight.

The win ended a two year French dominance of the Melbourne Cup.

The world’s best racehorse went around for the final time at Ascot in the Champion Stakes in October, after connections announced his 14th career race would be his last.

The champion colt missed the start of his final race by two lengths, sending out scares that he might not end on a winning note. Not only missing the start, the fact that the horse was racing on a heavy track also provided a few queries as to how the champion racehorse would finish his career.

Jockey Tom Queally sat the horse midfield most of the trip, and took Frankel to the outside at the turn, and with a furlong to go, pressed the button to run away with a length-and-a-half win.

It was his ninth Group 1 victory, to take his Timeform rating to 147, making him the best racehorse of all time.

The Melbourne Cup is known as the race that stops the nation, but in 2012, the Diamond Jubilee stakes was the one. Black Caviar, Australia’s unbeaten champion mare went across the border with 21 straight career wins to take on the world’s best.

Queen Elizabeth II was there to meet our champion racehorse, and in front of a packed Royal Ascot, and millions of Australian viewers, the Peter Moody trained horse hit the front with a furlong to go in the race.

But it will be remembered for jockey Luke Nolen’s ‘brain fade’ and the famous commentary that gave Australian’s the biggest scare of all. ‘He eases up near the line,’ the caller screamed, as Nolen sat up on the horse while two other horses flashed home down the fence.

Despite the scare, Black Caviar made it 22 straight career wins, and it was later found out that she had torn several muscles in her victory, ruling her out from racing again in 2012.

Damien Ractliffe is a graduating Bachelor of Journalism student at La Trobe University. You can follow him on Twitter: @DamienRactliffe.