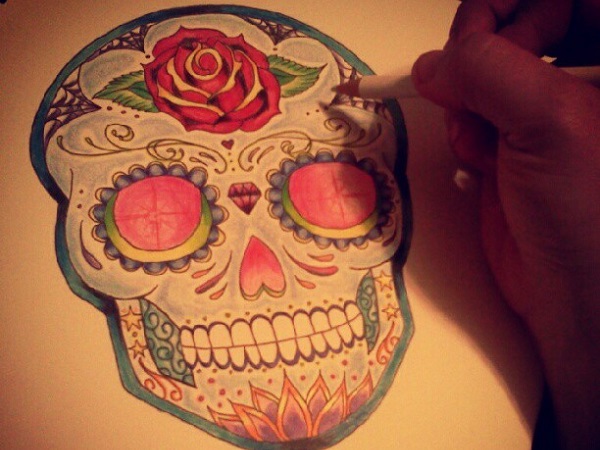 As a trend historically associated with deviants and outlaws, tattoos have long been considered a bold and daring statement.

Now, with the help of laser removal technology, the $96 million tattoo industry is starting to appeal to a much wider audience.

As the tattooed populous grows, so does the potential to capitalise on this group in terms of addressing tattoo regret.

Cosmetex data shows that one in ten Australians have a tattoo. With this increase in tattoos, comes an increase in demand to have them removed.

According to Mccrindle Research, one-third of all Australians have a tattoo they regret and 14 per cent of these people have commenced or looked into tattoo removal.

Robert Fam, from Ideal Image Clinic, told Channel Ten the rate of people going into his clinic for tattoo removal is increasing.

However, it’s not just laser removal clinics capitalising on the tattoo fad.

Anthony Lolli, American CEO at Rapid Realty NYC, is also capitalising on people’s willingness to go under the gun.

Lolli has gone as far as offering a 15 per cent pay rise to employees who get a tattoo of the company logo. It may sound bizarre, but forty employees took up his offer, with some even opting for large tattoos.

The Tough Mudder challenge has adopted a similar approach, offering free entry to one of their events if participants got a tattoo of their logo. The tattoo costs a $70 donation and they even have tattooists on site at their post-race party. Over one-thousand Mudders have gotten one to date.

The idea of turning yourself into a walking work of art, or in this case a mobile billboard, was largely unimaginable in the not too distant past.

Nowadays, there is the reassurance that the canvas can go back to being blank. But, at what price?

Laser removal is not only more expensive than getting a tattoo in the first place; it is also more painful and can take multiple sessions and over a year to complete.

Len Mastenbroek has had experience with tattoo removal.

“It is more painful than getting it [a tattoo] in the first place, it’s like someone flicking you very hard with a rubber band but continuing to do so at a rapid pace for thirty minutes,” he says.

For those unable to endure the aforementioned pain, there is another option – make-up.

Make-up companies like ThinLizzy and Dermablend have rolled out marketing campaigns specifically aimed at those looking to cover up body art.

Advancements in tattoo removal and make-up coverage may be one reason why more people, and different kinds of people, are getting inked – because it is now, to an extent, a reversible trend.

While make-up does not quite remove the tattoo, it does a temporary job. But, who wants to go to that effort everyday just so they can go to work, or wear shorts around uninformed parents?

It must be noted, however, many people who get tattoos are happy with them right up until their wrinkles and saggy skin distort the art beyond recognition.

But, whether or not you’re happy with your ink, you still may find reasons to cover it later in life.

More than ever, companies are writing tattoo policies into their dress codes. In many workplaces, including government offices, tattoos need to be hidden.

“I recommend you don’t get them in the first place, the removal cost seems excessive to me, about $200 a session. My small tattoo would require five sessions. I only had two sessions so it currently looks like it’s faded. I believe that every person will regret their decision to get a tattoo whether they admit it or not,” Mastenbroek says.

While there’s no doubt that tattoos will continue to leave their mark on the public, despite removal methods, it is worth thinking before inking.