Three Australians were injured after a van drove into a crowd of pedestrians in Las Ramblas. 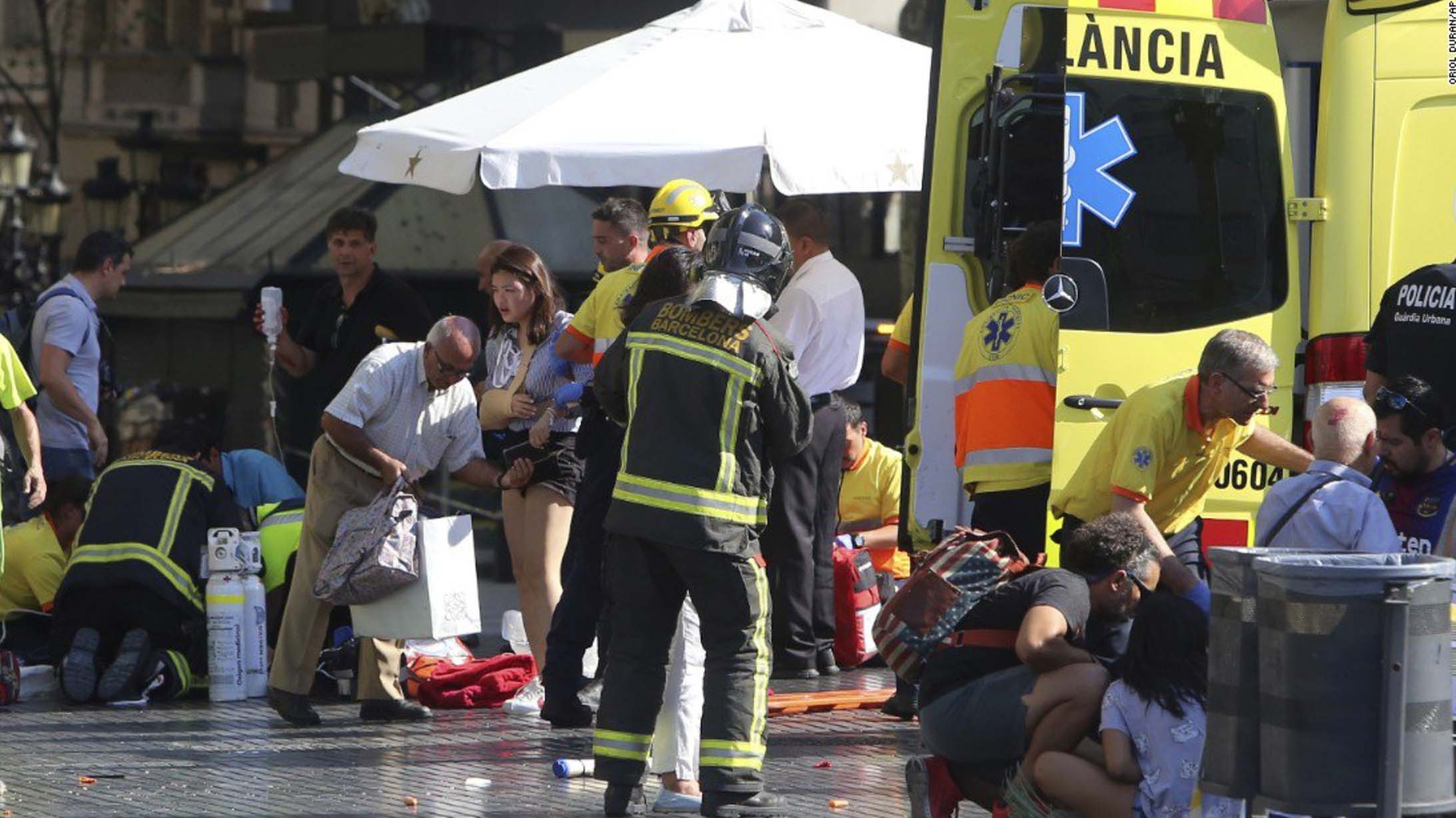 Three Australians were injured in the Barcelona terror attack that has claimed up to 11 lives and left more than 100 wounded.

The attack took place on a popular tourist street in Las Ramblas, mid-afternoon Thursday Spanish time when a white van mounted the footpath and drove into a crowd of pedestrians.

One woman from New South Wales is currently being treated in a Barcelona hospital in a serious, yet stable condition.

Two young men, believed to be from Melbourne’s western suburbs, were also involved in the attack and are presumed to have minor injuries.

Foreign Minister Julie Bishop said consular staff are currently in Barcelona and have been in contact with the two young Australians.

“They have advised they were directly affected…I’m not sure if they have [been] injured or they just need to see a medical professional,” Bishop told the press today.

Bishop described the attack as “an atrocity” and extended her deepest condolences to the victims and their families.

“The Australian government condemns this brutal and deliberate act clearly designed to hurt tourists in Spain,” she said.

The van driver escaped the incident on foot and has still not been found, with Islamic State claiming responsibility for the attack through the group’s Amaq news agency.

Spanish authorities have arrested two men and another has been shot dead after failing to comply with checkpoint procedures. It is currently unknown if the deceased man was directly involved in the attack.

Neither of the two arrested #Barcelona suspects were the van driver, Catalonia police say https://t.co/MDhxXXIgoY pic.twitter.com/mL3tzWoiHs

In a separate attack on the coastal town of Cambrils, four suspected terrorists have been shot dead and one injured in a counter terrorist raid.

Police are currently investigating whether there is a link between the Cambrils attack and the Las Ramblas incident.

A Melbourne emergency worker, who treated victims of the Bourke Street attack earlier this year, has spoken about the chilling moments when the Las Ramblas attack took place.

MFB Commander Graeme O’Sullivan was on the rooftop of his Barcelona hotel when the van mounted the footpath and ploughed into the crowd of pedestrians.

“We could clearly hear thuds as the vehicle was running into people, and then a short time after that, obviously, several very sickening screams from the people involved down at street level,” he told 3AW.

O’Sullivan said the comparison between the Las Ramblas attack and the tragic Bourke Street Mall incident was deeply confronting.

The Bourke Street attack took place in Melbourne on January 20, when a man mowed down pedestrians in a car, killing six people and leaving dozens with serious injuries.

“Bourke Street wasn’t terrorism and this appears to be, but the result is still the same.”

Victorian Police Minister Lisa Neville has assured that there will be a greater police presence across Melbourne on Friday to provide reassurance.