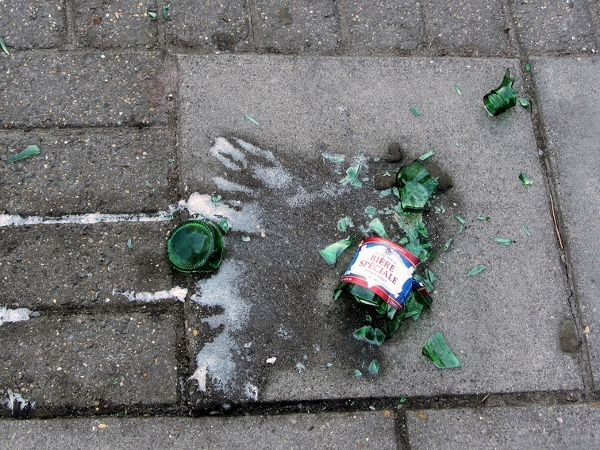 Last month, the Australian Institute of Criminology released a study reporting that tax revenue on alcohol received by the Commonwealth totaled approximately $7,075 billion in 2010.

This tally is a lot less impressive when considering that, for the same year, the study reported that costs to society of alcohol-related problems was estimated to be $14,352 billion.

This should come as little surprise when, according to a report by the Australian Bureau of Statistics (ABS), alcohol is the second largest cause of drug-related deaths and hospitalisations in Australia and the main cause of deaths on Australian roads.

Cancer Council Australia suggests that if taxes were higher, as they would be for wine through a volumetric tax rate, less people would be tempted to drink excessively and on a regular basis.

“When alcohol prices increase, consumers drink less, and alcohol-related harm decreases. For example, a price increase of 10 per cent has been shown to reduce consumption by an average of 5 per cent,” says the organisation according to their website.

A successful example of this is the ‘alcopop’ tax. Implemented by the Federal Government in 2009, the tax on ready-to-drink beverages increased by 70 per cent leading to an increase in prices. According to Australian Food News, this has proved effective, with these kinds of drinks steadily declining in popularity since the introduction of the tax, dropping another one per cent in the first half of 2012-2013.

Given these statistics, it comes as little surprise that last year Federal Treasurer Wayne Swan was encouraged to increase taxes on cask wine. This was reaffirmed by the Foundation for Alcohol Research and Education (FARE) Chief Executive, Michael Thorn earlier this month when he said a change to a volumetric tax rate would decrease alcohol related deaths and hospitalisations.

“Abolishing the WET would address the current flawed system that floods the market with cheap wine and sees wine being sold for less than the cost of bottled water. That measure alone would help change our drinking culture and reduce the burden of alcohol-related harms on the Australian community,” said Thorn.

However, not everyone is enthusiastic about the idea of a volumetric tax on wine. A report made by Supporting Australian Wine and reinforced by the Winemakers’ Federation of Australia states that a change to a volumetric tax system would be detrimental to revenue and jobs in the wine industry.

“Unfortunately there is no evidence an increase in the price of wine would deliver the social and health benefits desired. Evidence suggests problem drinkers will simply swap forms of alcohol, continuing to repeat the same behaviors.

The FARE 2013-2014 pre-budget submission to the government’s treasury and department of health and ageing, however, disputes that a volumetric tax on wine will dramatically effect employment. FARE argues that claims of supposed job and revenue loss has been heavily exaggerated.

“The actual fall is sales volumes [to wine] would be 5.2 per cent and a possible loss of 599 jobs,” the report says.

In Bingeing Collateral Damage and Taxation, another report presented by FARE last year, the company also addresses the argument that many binge drinkers will simply move on to another type of alcohol if wine prices increase due to higher taxation.

“There are no cross-price elasticity estimates including wine, there is no simulated rise in consumption of other beverages. Thus, the simulations suggest a fall in alcohol consumption of around 2.5 per cent,” says the report.

But even if jobs weren’t threatened by the change, would a volumetric tax on wine solve all alcohol related woes?

In the report, the Australian Institute of Criminology suggests another way in which to combat the negative consequences of a booming alcohol industry and, perhaps, lessen the costs and loss of life associated with it.

“Rather than relying on charitable organisations (eg. Salvation Army, Mission Australia, Lifeline) to deal with a significant proportion of the effects of alcohol misuse, it is proposed that a reasonable proportion of the government revenue generated from alcohol taxation be directed to diversion and prevention strategies,” the report says.

Whether the solution is higher liquor taxation or a redirection of government revenue, as things are now, alcohol is proving to be both an important contributor to industry and an expensive commodity.