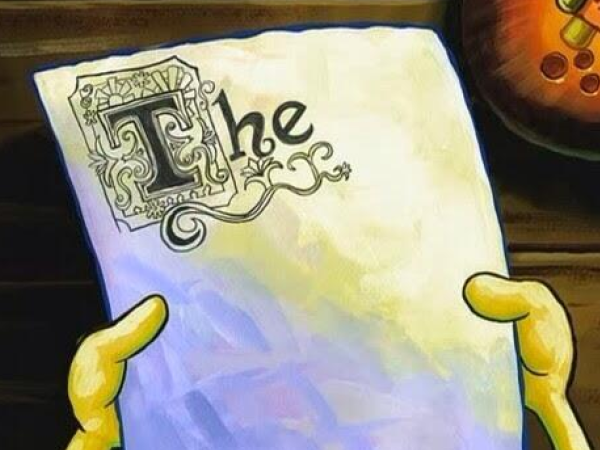 Everyone has had those treacherous thoughts.

The thought that the essay can wait until tomorrow, that it is fine to spend an hour watching your favourite television show because the assignment is not due for a few days, or that you still have a few hours and you can afford to fritter away time on your phone.

Suddenly, you’re writing an entire essay the day it is due, or pulling an all-nighter because that two-week deadline is now a few hours away. You’re stressed, hurried, and regretting your earlier nonchalant attitude.

It’s painful. So why do we procrastinate?

There is no easy excuses for the behaviour, and according to many psychologists we only have ourselves to blame. Psychology professor Timothy Pychyl says the defining quality of a procrastinator is “a lack of self-regulatory ability”. Essentially, they can’t control their own impulses.

“Procrastination is a needless, often irrational, voluntary delay of an intended action (or task) even when we know that this delay will most probably compromise our performance or task completion itself,” Pychyl writes in his blog.

But despite our knowledge of long-term disadvantages, we still procrastinate because we can rationalise our behaviour.

Sometimes these rationalisations are linked to self-doubt. There is a belief that you don’t have enough information or enough skill to pull off the task you are unwilling to start.

A related theory is that perfectionism can cause procrastination. The idea is perfectionists delay tasks because they are afraid of failing, and will wait until the ‘perfect day’ to begin working.

However, there are several studies that prove this theory wrong and suggest perfectionists are less likely to delay starting their work. Piers Steel, a Canadian professor of procrastination, says the theory began because many clinicians and counsellors were seeing a disproportionate amount of procrastinating perfectionists in their clinics compared to regular procrastinators.

“Non-perfectionist procrastinators (and, for that matter, non-procrastinating perfectionists) are less likely to seek professional help,” he wrote in a blog.

However, he does note that perfectionists are more likely to feel extremely anxious about their irrational delaying habits.

Other people are less anxious, and are willing to procrastinate because it has worked before and they enjoy the intense pressure of a small time limit. However, there is often little benefit to procrastinating.

One influential study found that procrastinating students were ultimately more stressed and received lower marks than their non-procrastinating fellow students, despite their claims that they ‘worked better under pressure’.

Sometimes the root of procrastination is simple apathy. If the task is unpleasant, or if we don’t care about its outcomes, we are more likely to decide to do it later.

There is also the possibility that our inclination to procrastinate is not just psychological. Another study suggests procrastination can be genetic.

Researchers from the University of Colorado studied the genes of 181 identical twin pairs and 166 fraternal twin pairs and found there was a 46 per cent probability that an average person’s tendency to procrastinate would be linked to their genetic inheritance.

They also found a very strong genetic link between procrastination and impulsiveness, suggesting that impulsive people are genetically certain to be procrastinators.

However, this is not a free pass to excuse your decision to leave that essay until later. A proportion of impulsive subjects had learned to avoid procrastination, so it’s entirely possible to overcome your genetic impulses.

The researchers suggest the trait of impulsiveness was highly beneficial thousands of years ago, when humans were more concerned about finding food and shelter than planning for the future.

Of course, those benefits of short-term thinking are no longer important, and no hereditary excuses are going to change the long-term pain that procrastination brings in today’s fast-moving world of constant deadlines.

So, perhaps it’s time to get back to whatever you are supposed to be doing right now.

Erin Leeder is a staff writer and a second-year Bachelor of Journalism student at La Trobe University. She wrote this article the day it was due and still spent time on numerous tea runs and customising her by-line. You can procrastinate with her on Twitter: @155erin.