The Swedish coach will lead the Matildas at a World Cup on home soil. 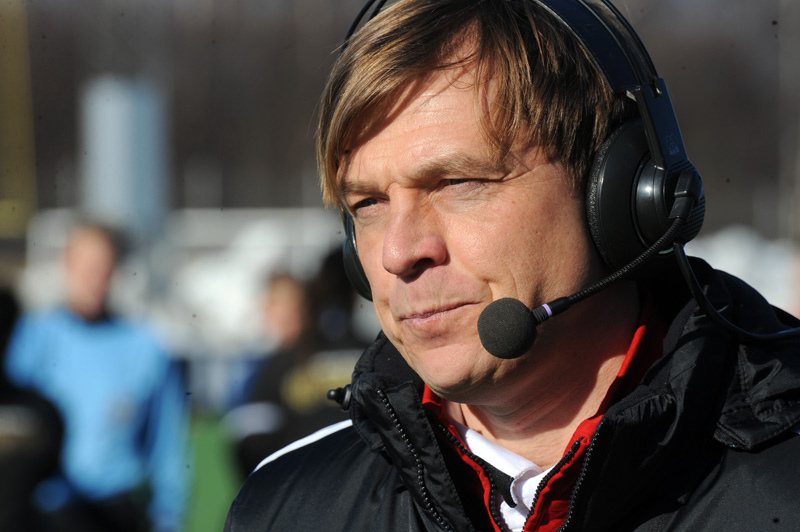 Tony Gustavsson has been appointed head coach for the Australia’s women’s football team, the Matildas, for the next four years.

Gustavsson will lead the Matildas during two Olympic Games in Tokyo and Paris, the 2023 FIFA Women’s World Cup in Australia and New Zealand, and the Asian Cup in 2022.

The Swedish coach played a significant role as assistant coach for the United States’ women’s football team (USWNT) in winning two FIFA Women’s World Cups in 2015 and 2019, and a Olympic gold medal in 2012.

He will replace Ante Milicic who will coach new A-League side Macarthur FC.

Gustavsson, a former player for 15 years, will stay as first team coach at Swedish club Hammarby IF until the end of the year before formally commencing his contract with the Matildas but will oversee a proposed Matildas training camp in Europe in November.

He has previously coached Stockholm club Tyresö FF, which included six-time FIFA World Player of the Year winner Marta, to a league title in 2012 and a UEFA Women’s Champions League final in 2014.

“We believe that in Tony, we have appointed a coach who will not only surpass the benchmarks and criteria we set as an organisation, but the standards that are expected by our players, football community and fans,” Johnson said.

“Having worked closely with some of the best female footballers and coaches in the world and, through his time with the USWNT, he has developed an excellent understanding of what it takes to prepare for and perform in the intense, high-expectation environments of major international tournaments.”

Gustavsson was met by George Brandis, Australian High Commissioner to the United Kingdom, at Australia House in London.

“I am extremely proud and happy to have been appointed Head Coach of the Westfield Matildas,” Gustavsson said.

“I have always said that the Matildas have the potential to be one of the best teams in the world and that is one of the reasons that I wanted to get on board with this job.

“I have been in the pressure cooker a lot of times and in environments that demand success. These experiences will be beneficial as we do this together with the fans, the stakeholders, the players, and the staff as a team.”

The Matildas will look to win their first FIFA Women’s World Cup on home soil.

“It feels as if I have come to a moment where this is what I have been waiting for – to lead the Matildas for four years and also at the FIFA Women’s World Cup in Australia and New Zealand in 2023,” he said.

“I wouldn’t be here if I didn’t think [winning the World Cup] was possible.”

Photo: Tony Gustavsson by Anders Henrikson available here and used under a Creative Commons Attribution. The image has not been modified.