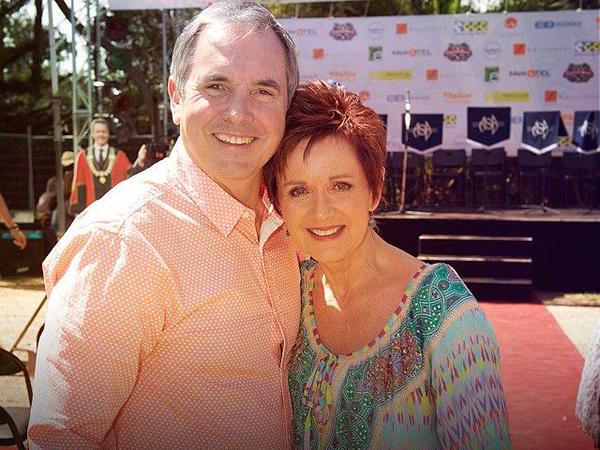 A five-metre-tall statue of a bogan was unveiled in New South Wales town, Nyngan, last week.

The Big Bogan wears thongs and a singlet, sports a mullet and a southern cross tattoo.

While many Australians can identify with this new tourist attraction, there’s more to a typical Aussie than what’s been portrayed.

In fact, Australia has a rich diversity of stereotypes, so upstart has decided to identify the top ten.

There’s nothing like a relaxing commute home that’s interrupted by a clique of girls in blazers, whose school bags (do they really have to be that big?) take up the whole walkway. With their screeching, high-pitched voices, they’ll make sure you can hear them before you see them. Turn the volume up on your iPod all you like, there’s no blocking them out.

They’re yet to accept same-sex couples, they look twice at anyone who’s not Anglo, and they’re sexist, despite having daughters, granddaughters and are possibly female themselves. The generational differences are extraordinary, and they’re clearly not trying to be offensive, but it doesn’t make it any easier for grandchildren walking the streets with their grandparents. “Pa, you can’t say that in public,” are words grandchildren are too familiar with.

As the days start getting longer, and the sun begins to make an appearance, this group of people are joyous to get out their thongs and singlets again. This attire, however, isn’t too different to their winter wear anyway. Thongs are commonplace for these people, regardless of temperature. We’re not sure if they’re immune to the cold, or if they’re just in denial during the winter months.

The person that calls anyone who lives within 30 kilometres of a major city a ‘city slicker’. They’re proud of their home towns and will tell you time and time again about that one celebrity who grew up there. If you weren’t already aware, former Australian cricket captain, Mark Taylor, grew up in Wagga Wagga. Cool, right?

Politicians love a good suburban family. The opposition is always criticising an increased tax that will affect the hip pocket of the average working family, a phrase Kevin Rudd was particularly fond of in the lead up to the federal election in 2007. This phrase pretty much covers every demographic though, with Wayne Swan describing average working families as families with “modest incomes”. There’s no family more suburban than Neighbours’ own Kennedy family.

Back in the day, anyone who had tattoos was a bikie, musician or a footballer. Nowadays, they work as a barista in an inner city café that’s so trendy, the entrance is hidden. Although being a hipster used to mean wearing clothes and frequenting places that were out of the ordinary, they’ve now become so commonplace that you’re the odd one out if you dress differently at these cafés. While some get their hipster fashion from a good ol’ op-shop, guides are also available online to help you get the hipster look.

How to Be a Hipster: The Ten Commandments to be a Hipster http://t.co/seT8lalZ0m pic.twitter.com/gPbi1qR5FW

Every football team has their fair share of Joffas. He’s the Collingwood Cheer Squad leader, who’s become famous for his gold jacket and missing teeth (typical Collingwood support, hey?). An AFL game isn’t the same without them. Who else is going to yell at and blame the umpires for their team’s misfortune, swear unintelligible gibberish, and spill their beer on you as they walk through the aisles?

Technically, their suburb is classified as being a part of the city, but they’re so far away that they may as well be a part of the bush. They’re the people that either get off on the last train stop, or whose suburb doesn’t even have a train station. Many people would struggle to identify these suburbs on a map, but in all fairness, if they’re not on the train line, do they really exist? The people who live there aren’t complaining. This year, St Andrews in Melbourne’s north-east, beat Toorak as the suburb with the highest wage earners.

Speaking of Toorak, this is the group that won’t be seen in Bay 13, but will be sipping wine in the cushioned MCC seats during the Boxing Day Test. The median house price of a three-bedroom house here is close to three million dollars. These people generally own properties with big lawns, so perhaps croquet is more their sport of choice?

“Look at moiiii,” it’s the famous phrase from our favourite Aussie bogans. However, they’re in stark contrast to a textbook Australian bogan. According to Griffith University PhD student, Roz Rowan, the term ‘bogan’ no longer has negative connotations. She said that Australians are beginning to embrace their inner Aussie, because “everyone has a bit of bogan in them”.

“Kim! Who’s the Prime Minister of Australia?” “I dunno…” #KathandKim#LibSpill#auspol#Australiahttps://t.co/aNRBVDmd1E