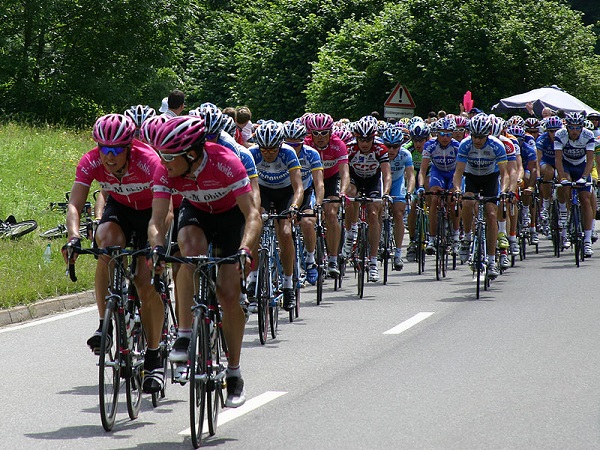 The race will commence with 198 riders and twenty two teams, and will finish on the Champs Elysees on the 27th of July.

Australia will be represented by 11 riders riding for seven separate teams. Orica Green-Edge is the only Australian based team and will predominately feature in the flat and medium mountain stages.

For the cycling fan, this year’s edition of the Tour de France promises to be one of the more open contests since Cadel Evans’s win in 2011.

Several of the elite field are in good health and form, while many of the teams appear to have strengthened their ranks to challenge the perennial dominance of Team Sky.

Last year’s winner Chris Froome is back again to attempt a third straight victory for the British based team, while Alberto Contador has had a near perfect lead up to the race he won in 2007 and  2009.

From an Australian point of view it will be an odd Tour to support as it will be the first time since the mid 2000’s Australia won’t have a genuine General Classification contender.

Cadel Evans opted to share BMC team leadership with 25 year old American TeJay Van Garderen for 2014, and will consequently sit out of the Tour in favour of racing the Vuelta de Espana later in the year.

Van Garderen burst onto the scene in 2012 with the White Jersey for Best Young Rider, before a disappointing 2013 campaign. The American will be aiming for a top ten finish, with a best case scenario being a podium place if all goes well in the high mountains.

Australia’s hopes will not be dashed with an Evan’s omission however, with several intermediate mountain stages the target of world number three road racer Simon Gerrans, who will again ride for Australia’s Orica Green-Edge team.

Green-Edge dominated the early stages of last years race, with a couple of stage wins and a victorious team trial, an event not included in the 2014 program.

Australia’s Michael Rodgers heads into the Tour after two stage wins in the Giro d’italia earlier in the year, and will provide invaluable support and experience to Saxo-Tinkoff teammate Contador.

The three time world time-trial champion will no doubt be targeting another stage victory in the penultimate stage 20 time trial, provided he is still fit and healthy.

This year’s edition will venture onto British soil for just the second time, with the opening three stages to be conducted in Froome’s territory, before moving to the race’s homeland.

The intermediate mountain stage two from York to Sheffield should provide opportunities to a number of Australian riders gunning for stage wins, such as Simon Clarke, and of course, Gerrans.

Froome’s right hand man Richie Porte returns to his post in 2014, albeit after an indifferent season with injury and form. Porte’s strong finish to the Criterium du Dauphine will install confidence in Team Sky’s ability to defend Froome’s title.

This may be the final year of Porte’s apprenticeship, with many pundits  tipping that 2015 may be the year that Porte joins another term as the leader.

The General Classification will likely be fought out amongst three or four competitors, however the openness of the field could stretch that number to as many as eight or nine. The opening four stages should see these riders with the same time bar any crashes or mistakes. The fifth stage will feature 15.4 kilometres of cobbled roads, which in the past has been the undoing of many riders who make mistakes on the difficult terrain. The GC contenders will have to have their wits about them to ensure they do not lose time to their rivals.

Chris Froome – Undoubtedly the favourite heading into the race he won last year. However, with poor form of late, coupled with a bruising fall in the Criterium du Dauphine, it is far less of a sure thing as perhaps last year. The Brit will heavily rely on his team, especially Richie Porte, to keep him up the front of the peloton in the mountains. Would have liked an extra time trial in the schedule, however the long (54km) penultimate stage should play into his hands should he be around the top of the classification.

Alberto Contador – Good hit out at the Dauphine where he was overrun in the final stage, Contador has strengthened his team and should provide the stiffest competition to Froome and Sky. Just the one time trial should suit the Spaniard, who had Froome’s measure in the lead up event. Contador will test Froome in the Alps, before making his move in stages 17 and 18 in the Pyrenees.

Andrew Talansky – Not on many people’s radar until a month ago, where he opened eyes after his barnstorming final stage saw him take the Dauphine from under Contador’s nose. Tenth last year and with an improved team, Talansky will look to stay in touch and make his move late in the Pyrenees.

Vincenzo Nibali – After a dominant win in the Giro last year, Nibali skipped his national race this year to concentrate on the Tour. An established leader, Nibali may have to go it alone in some of the mountains with his teammates at Astana perhaps not up to the same quality of his nearest rivals. Has been in some indifferent form in 2014 but will try and replicate his best finish of 3rd in 2012.

Alexandre Valverde – Running out of chances at Movistar, Valverde will be aiming for a top three finish in what may be his last Tour as the sole leader in the Spanish team. Stablemate Nairo Quintana recently won the Giro d’italia and will likely ride the French Grand Tour next year. Valverde’s highest place was fifth in 2007 and finished ninth last year, after a mistimed puncture early in the race.

Rui Costa – The world champion will like to build on his break out 2013, where he was a stage winner, to compete in the top five of the race.

Jurgen Van Den Broek- Perhaps the unluckiest rider on the world tour, the Belgian would love to build on his 2 fourth places after crashing out of last year’s Tour.

TeeJay Van Garderan – The new leader at BMC, Van Garderen was disappointing at the Dauphine until the final stage, where he found himself in a breakaway with eventual winner Talansky.

Pierre Roland – A great finish to the Giro saw Rolland finish fourth, and with some of the best climbing and breakaway process in the field, Rolland should prove a handful to the top contenders. Will have to eradicate the inconsistency that has plagued him over the past few years.

Bauke Mollema – Third at the Tour de Suisse and sixth in last year’s Tour, the Belkin rider will be there and abouts in the mountains after a reasonable season. Won’t make too many mistakes and will attempt a top five finish.

Nine or ten legitimate chances for the sprinters in this year’s race, with a string of past stage and green jersey winners lining up to be crowned in just over three weeks time.  The intermediate sprint points littered throughout the race should be enough to hold off the true sprinters from Peter Sagan, although Mark Cavendish would dearly love to take the jersey for the second time.

Peter Sagan – Favourite to take out the jersey again due to his superior climbing skills. What Sagan loses in stage victories on the flat bunch sprints, he more than makes up for in collecting intermediate points throughout the race. Cannot discount his ability to win medium mountain stages, generally keeping in the peloton even in hilly terrain.

Mark Cavendish – Has the third most stage victories ever at the Tour (25) and will add to that in 2014. Has upgraded his squad with his favourite lead-out man, Australian Mark Renshaw, and has added veteran Alessandro Petacchi to help combat the formidable team of arch rival Kittel. Perhaps the best all round team in the Tour with stage hopefuls Michal Kwiatkowski, Jan Bakelants and Niki Terpstra; expect Cavendish to have more of a go at intermediate points to wrestle the Green from Sagan’s back.

Marcel Kittel – Perhaps Cavendish’s biggest rival on speed alone, expect Kittel and team Giant-Shimano to play a massive hand in the flat stages. Finally knocked Cavendish off his perch on the Champs Elysees last year, Kittel may not necessarily pursue the Green Jersey however enough stage wins should see him contend.

Andre Greipel – The most powerful rider in the field, Greipel is known for making the best of a bad situation in a bunch sprint and will contend in the less than ideal finishes this tour. Watch for him on the uphill finishes as well as long range sprints looking to catch the others off guard.

Without a genuine contender for any of the jerseys, Australian’s must look for stage wins if barracking for their fellow countrymen. Stage two could bring an opportunity to Simon Gerrans, while a number of the flat stages could give an outside shot to Orica Green-Edge sprinters Mathew Goss and Michael Mathews.

If its a General Classification contender you seek then perhaps 21 year old Briton Simon Yates is your rider. Touted by Cadel Evans as a future GC rider, Yates will ride for Green Edge for experience in the Tour, with an eye for future shots at the title.

If supporting anybody from England is not your thing, then keep an eye out for outside chance Tejay Van Garderan, who has been key part of Cadel Evan’s BMC for the past three years.

King of the Mountains: Pierre Roland

Lachlan McKenna will be covering the Tour de France for upstart throughout the race. You can follow him on twitter: @lachie22mckenna.