On the final day to climb Uluru before the ban is put into place, bad weather has prevented tourists from climbing. 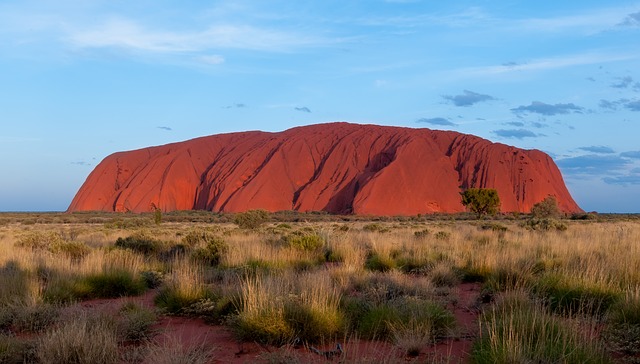 Large number of tourists have gathered, hoping to climb Uluru before it becomes illegal at 4pm ACT this afternoon.

The closure date was chosen to mark 34 years since Uluru and Kata Tjuta were handed back to Anangu.

The chain hand rail that was installed in 1964, will be removed and fines of up to $10,000 will be introduced for people braking the new laws.

Safety has been an ongoing issue for climbers with at least 37 people dying  while attempting the climb and many more needing rescuing.

Environmental damage has also been a problem. Climbers cause erosion and because there’s no toilet facilities along the climb when it rains human excrement is washed into waterholes.

Uluru is a sacred site for the Anagu who believe it was created during the Dreamtime by ancestral beings and still conduct rituals in the caves around the base.

Photo:  Uluru by Angelo Giordano available HERE and used under a Creative Commons Attribution. The image has not been modified.