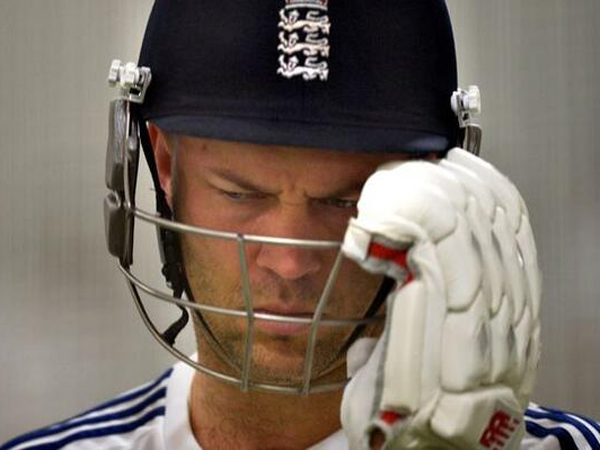 The very next day following the five-nil clinching, early-January SCG Test Match, the English press justifiably labelled Jonathan Trott’s premature departure from Australia as the beginning of the end of their nation’s Ashes defence.

However in an all-too revealing interview with BBC Radio last Monday, the 32 year-old South African born number three batsmen explained he was “emotionally and mentally spent” and in the months leading up to the first Test in Brisbane, and overwhelmingly so following it.

He used the term ‘burnt out’ to describe how he had felt in Australia, it was not a long-term mental illness as the public was led to believe.

‘Burnt out’ due to a lengthy period of poor form (Trott scored 19 runs in Brisbane following a below par English Ashes series) and desperation to once again reach his own high standard (averaging 46.5 in Tests) is a far cry from a diagnosed mental health condition, and an over-exaggeration Trott needs to be shunned for.

2005 Ashes-reclaiming captain Michael Vaughan was the first to single out Trott for criticism.

“I feel a little bit conned,” he told The Telegraph in London.

“We were told Jonathan’s problems in Australia were a stress-related illness he had suffered for years.

“He was struggling for cricketing reasons and not mental – and there is a massive difference. I have friends who have been diagnosed with depression – I do not think Trott realises just how important an issue it is.”

Jonathan Trott: I had to leave England’s Ashes tour, I was becoming a liability http://t.co/2XTvhb8xnL pic.twitter.com/W4CcqxqYDz

Interestingly, Trott has spoken publicly of feeling burnt out on one prior occasion, during England’s victorious tour of South Africa in 2009; he averaged a shade more than 35 on that tour.

Vaughan highlighted this as the only other time Trott has faced top-quality fast bowling.

“He was in a bad state mentally in both series but also technically. Until he corrects the faults in his game against fast bowling, he will not get any better, he said.

“He did not fight and got on a plane and went home. Players in his own dressing room and in the opposition will look at him and think at the toughest of times he did a runner.”

Now-retired fast-bowling teammate of Vaughan, Matthew Hoggard, who himself has had first-hand experience of depression could only agree with his ex-skipper’s criticism of Trott.

“To hear Jonathan use the words nutcase and crazy (in his interview) is so disrespectful and coming from a guy that (sic) cited mental health issues as the reason he came home, it is astonishing,” he said.

Trott seemingly gave-in on the biggest cricketing stage of all, for that he may always face criticism and justifiably so. .

Further to that, sufferers of mental illness could rightly feel offended for having ‘burnt out’ feelings associated with the troubles they face on a daily occurrence.

But from a cricket perspective, the man-management from the English Cricket Board needs a review.

In his interview, Trott revealed he had just two days off prior to the return Ashes in Australia. Compliment that with his burning desire to recapture his form the cricketing world knows he possesses, a poor start to the series in Brisbane and Trott’s fragility and need for a break was exposed.

“Two days off in a month is the kind of thing that can lead to burn out,” O’Halloran says.

“I generally recommend one day a week for an elite athlete because you’re under so much pressure and you need that release, you need to be away from that environment to be able to re-energise sufficiently so you can perform at your best.

“One of the worst things you can do is not have time off, and keep going at the same things harder and harder, because nothing is going to change.”

A two-and-a-half week break was scheduled between the end of the first Test in Brisbane, and the beginning of the third Test in Perth. O’Halloran was of the belief that had England framed the situation better; Trott could have taken time off whilst on tour with an open return date.

O’Halloran stopped short of welcoming or condemning the criticism of Trott for leaving the tour, given what actually happened within the England camp in Australia is still an unknown. Unknown also, is the actual mental state that Trott was in following the Brisbane Test.

It has since been announced that the next England squad will be asked whether or not they are comfortable with Trott returning to international cricket before any selection is made.

If you have feelings related to depression you can contact beyond blue on their website, or call them on 1300 22 4636.

Luke Sale is a third-year Bachelor of Journalism (Sport) at La Trobe University; you can follow him on Twitter: @lukesale1.