14 people have been hospitalised. 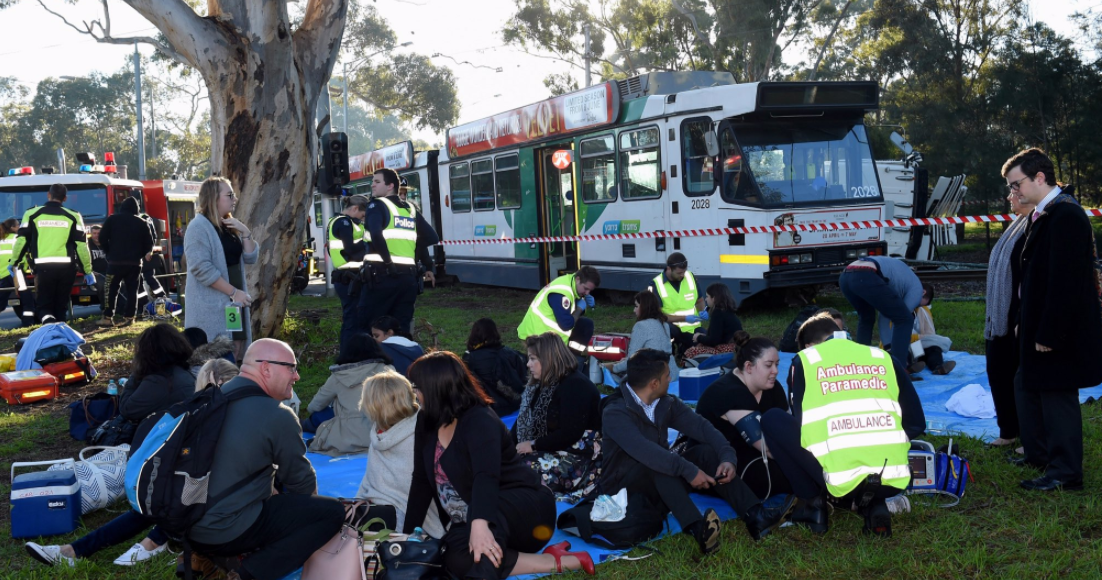 29 people have been treated by Ambulance Victoria paramedics after a truck hit a crowded tram in Royal Park at around 8 a.m. this morning.

The 25-tonne truck hit and derailed the West Coburg route 58 tram from its tracks during peak hour, which was carrying more than 100 commuters.

Fourteen people have been hospitalised at the Alfred hospital, St Vincent’s hospital, Footscray hospital and the Royal Melbourne, and are in a stable condition.

The remaining 15 people were treated at the scene.

The tram driver is believed to be among the people taken to hospital, suffering minor injuries.

The scene is expected to be closed for up to 10 hours as emergency services work to clear the wreckage and Yarra Trams heavy maintenance puts the tram back on its tracks.

Operational Commander with the Melbourne Fire Brigade, Rick Gili, told Nine News the scene was a high-risk situation because of the live overhead wires’ close proximity to the diesel fuel from the truck.

“It won’t get any worse. Once the truck is removed, we’ll put foam and absorbent over the road,” he said.

The 58 tram route, from West Coburg to Toorak, has been temporarily suspended and the tram in the accident won’t be moved until midnight.

Minister for Roads Luke Donnellan told the Herald Sun he was waiting to be briefed about the accident.

“My main concern is the condition of the people on the tram,” he said.

“In due course we will obviously look at what occurred there and if any changes need to be made we will do them.”

Transport Safety Victoria has called for commuters to take caution around trams and VicRoads is urging people to seek alternative routes.

We hope everyone is ok after this truck-tram crash. Please take care on and around #trams https://t.co/VjBHE9QTGc