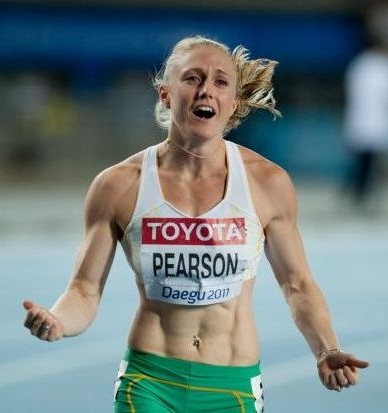 Australian Olympic star Sally Pearson has retired from athletics within reaching distance of the 2020 Tokyo Games.

The 32-year-old hurdler has been troubled with hamstring and achilles injuries over the past few years.

“I believe my body won’t be able to cope with the demands and intensity of training and competition,” Pearson said on her Instagram page.

She says says she is leaving her sport happy, still loving every aspect of it from training to competing.

Even though Pearson misses out on the chance to compete at her third Olympics, she says she is proud of her 16-year career and achievements.

Pearson will be remembered as a champion in the 100m hurdles, winning gold at the 2012 Olympics and silver in 2008.

Australia has started their Ashes campaign with their first win over England at Edgbaston since 2001.

In his first test match back from a 12-month ban, former Australian captain Steve Smith hit outstanding back to back centuries.

That helped set up an unbeatable 398-run lead going into the final days play.

Spinner Nathan Lyon then did the rest of the damage taking six wickets, including both English captain and vice-captain, Root and Stokes.

“We probably felt behind the game for probably three days, so I thought the way we stuck at it and kept grinding was a real credit to our boys,” he said.

Paine was quick to praise Smith and Lyon, who will play a key role in deciding who wins the Ashes.

“I feel like every test match or every series they seem to get better which is astonishing at their age.”

“If you come watch both of them train you see why they keep improving, and keep getting better and they’re a great example for the rest of the group.”

The second test in the series will be at Lord’s on 14 August.

Photo: Sally Pearson during the 2011 World Championships Athletics in Daegu by Erik Van Leeuwen, photo can be found here used under a Creative Commons Attribution. This image has not been modified.