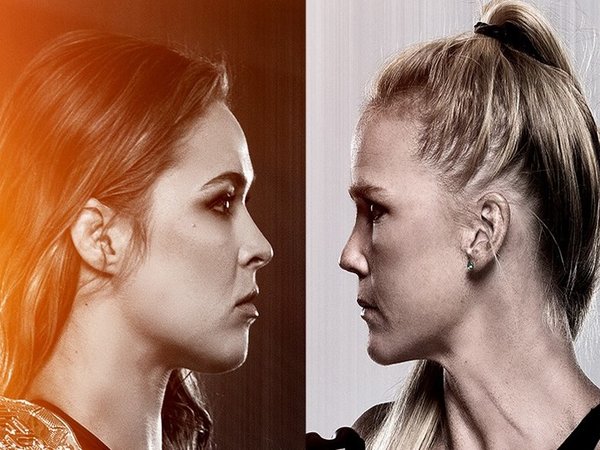 The UFC is set to make its long awaited arrival in Melbourne, where Bantamweight Champion Ronda Rousey will take on Holly Holm and Strawweight Champion Joanna Jedrzejczyk will fight Valerie Latourneau in two championship bouts.

The UFC 193 pay-per-view will take place at Etihad Stadium on 15 November where Rousey will look to defend her title for the sixth time against a new UFC challenger, Holly Holm.

Holm’s strength is her boxing ability, as she holds a record of 33-2-3 in her boxing career. If she is able to stay on her feet and keep her distance for the majority of the fight, the world champion boxer will have the advantage over Rousey.

Rousey will aim to stay at a close length with Holm to minimise her striking power and will take down her opponent at any opportunity, as Rousey’s wrestling skills are unmatched.

From there, she will try for a submission hold to end the fight in the same fashion as seven of her previous fights.

Known for ending her fights in spectacular fashion where only one opponent has been able to outlast the first round, Rousey’s last three fights have lasted only 59 seconds combined.

This has given her the title of the most dominant fighter in UFC history.

The champion praised Holm’s background stating that she will be one of her biggest challenges yet.

“If there’s a 19 time boxing world champion coming into my sport, I have my eye on her… She has been really impressive about how she has adapted to MMA,” Rousey said at the event’s press conference in September.

The co-main event features another undefeated champion from the UFC’s newest division.

Strawweight champion Joanna Jedrzejczyk will be defending her belt for the second time against Canadian kick-boxer Valerie Latourneau.

Polish born Jedrzejczyk is a deadly striker who finished her last two fights by way of knockout, while her opponent, Latourneau, has been victorious in all three of her appearances in the Octagon.

Much like Holm, due to her opponent’s recent domination, Latourneau will come into UFC 193 regarded as the underdog but isn’t fazed by the label.

“She’s going to have a bad surprise,” she said in a recent media conference call.

The card also features another huge fight, as heavyweights Mark Hunt and Antonio ‘Bigfoot’ Silva fight once again after they put on one of the best heavyweight bouts in UFC history at UFC Fight Night 33 in Brisbane.

The exhilarating fight lasted all five rounds and was ultimately ruled as a rare majority draw decision after both fighters took turns dealing heavy blows to each other. Their bout at UFC 193 will finally decide the better fighter.

Even Rousey expressed her jealousy in missing the fight due to preparations for her own bout.

“I think that was one of the greatest heavyweight fights of all time. The only thing that I’m pissed off about is that I’m going to be focusing in my locker room and I won’t be able to sit there and watch,” she said.

Rousey is currently the UFC’s biggest star and they will be using her drawing power to aid their attempt to break the all time attendance record for a UFC event. UFC 129 in Toronto currently holds the record of 55,274.

The record setting crowd in Canada was also the first UFC event in the province of Ontario since the sport became legalised.

A potential crowd of 70,000 plus is expected for the event which has almost sold out.

“I’m optimistic that we can fill this stadium,” Dana White, UFC President, said. “If this is successful, we’ll come here every weekend.”

The UFC 193 pay-per-view will be the first UFC event held in Victoria since the state government legalised cage fighting earlier this year.

Jed Lanyon is a first-year Bachelor of Media and Communications (Sports Journalism) student at La Trobe University. You can follow him on Twitter: @JedLanyon