Doses will be distributed on a per capita basis. 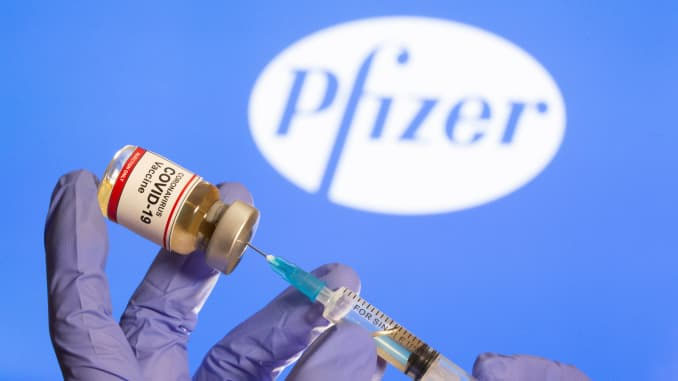 Australia has received its first shipment of Pfizer COVID-19 vaccines from a major swap deal with the United Kingdom, with two flights carrying 457,000 doses touching down in Sydney overnight.

“This will enable us to bring forward significantly the opportunity for Australia to open up again under the national plan,” he said.

Australia will be sending four million Pfizer doses back to the United Kingdom in December to return the favour once Australia’s vaccine supply is secure and the UK is giving booster shots.

Morrison said it’s a good arrangement for both countries.

“It is a good deal because it makes the most of the doses that they have now, which we need,” he said.

“And the doses that we will have later that they will need.”

“This supports their program when it comes to boosters and other things of that nature, it supports our program now.”

It’s the second deal Australia has struck with another country in the past week to secure doses of the Pfizer vaccine. Early last week Singapore agreed to send 500,000 doses that were set to expire.

Singapore has already fully vaccinated most of its population, but the country’s Ministry of Foreign Affairs said in a statement it might use the 500,000 returned doses from Australia for booster shots for later in the year.

The Australian Government announced earlier in August that they purchased an additional one million doses of Pfizer from the Republic of Poland which targeted younger Australians.

Photo: 09 Pfizer Vaccine by Felton Davis is available HERE and is used under a creative commons license. The image has not been modified.