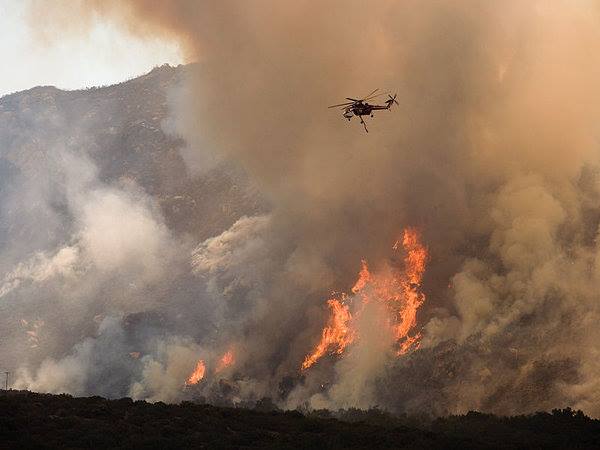 In the aftermath of the recent fires in New South Wales, thousands of people are left to face the devastating effects of bushfires.

Environmental destruction, loss of property and sometimes even lives, can all be the result of a single match being dropped on a dangerous day.

With NSW police closely watching over 40 possible arson offenders, we are once again confronted with the perplexing nature of the human mind.

According to reports, of the approximately 60,000 bushfires authorities respond to every year, one third to a half are deliberately lit.

In the case of bushfires, a common motive is to cause malicious damage but this is not always the case. Monash University Research Fellow, Paul Reid, says the current evidence is not enough to draw specific conclusions about the motives behind these horrific acts.

“The problem is that a very small minority of arsonists are actually caught – some say only 1 per cent – and they might have very different motivations from those that are not caught,” Reid says.

Unfortunately for police and researchers, there’s no such thing as a typical arsonist.

“The general trend is that adult arsonists do not have an exact profile but do tend to be violent and versatile criminals who have been convicted in the past for assault and/or drugs,” Reid says.

But there is no arsonist template or blueprint.

Twenty-year-old Stacey says she had a troubled upbringing, which left her angry, confused and resentful.  As a result, she began lighting fires.

“I started making small, manageable fires in my backyard – which was mostly bush – with magnifying glasses or matches,” she says.

“We also had a fireplace and I’d sit for hours just watching the flames. It was incredibly relaxing. My parents never thought much of it, apart from constantly telling me to get further away from the fireplace or wondering how they used all the matches so quickly.”

According to Professor Reid, in the majority of cases children don’t intend malicious damage and are not so much arsonists as fire-setters.

Once a convicted arsonist has served their sentence, regardless of how old they are, there are certain regulations in place to prevent the behaviour from happening again.

“Victoria has been working on a unique and world-leading effort to build a simple referral pathway where people lighting fires can be referred to appropriate services based on their unique needs, whether they be education, health, financial and community services,” says Reid.

In addition to that, the government is investing millions to trial GPS anklets for released arsonists.

While this may be a good strategy to deter arson from happening again, Reid says the government needs to focus on promoting community and family vigilance to make sure arson doesn’t happen in the first place.

“Australia is one of the most bush-fire-prone ecologies in the world. Successive governments have just not gotten around to understanding that much more effort has to go into prevention.”

You can help prevent bush-fires by calling 000 whenever a fire is in progress. If you have any information or suspicions, call Crime Stoppers on 1800 333 000.

You can also donate to the NSW bushfire appeals via the Salvation Army or St Vincent de Paul society.

*Stacey’s real name has been changed for privacy reasons.