Turnbull government’s proposed changes to higher education funding include an eight per cent increase in student fees and a lower HECS repayment threshold. 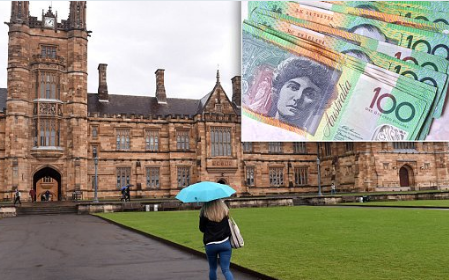 University funding has already been hit hard with 2017’s Budget, including a proposal for earlier HECS loan repayment and an increase in student fees announced in Canberra on Monday.

This is barely above the threshold for the minimum wage of $35,000 per year.

The Turnbull government has also proposed an eight per cent increase in student fees, designed to save the budget a total of $2.86 billion by 2021.

If legislated, the plan will involve staggered fee increases up to a maximum of $3600 for a four year course.

Education minister Simon Birmingham stated that change was necessary as the number of outstanding student loans has tripled since 2009.

“At a repayment rate of just 1 per cent an employee will pay back just $8 per week of the student loan that funded the university degree,” he said.

Despite the eight per cent increase the government will still be paying the majority of student university fees, at around 54 per cent.

Shadow education minister Tanya Plibersek said that the increase in student fees and decrease in the student repayment threshold shows the Turnbull government is “out of touch”.

“The government should not be slashing money from education to repair the budget,” Plibersek said.

Australian universities have slammed the cuts, warning the government that there will be unintended consequences of the cuts if not carefully implemented.

“This package does not provide a long-term vision for the future which will sustain this (university) success or Australia’s standing,” said Group of Eight CEO Vicki Thomson.