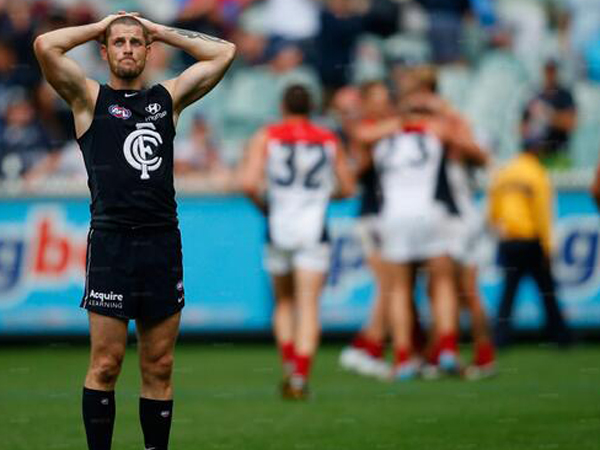 The unpredictability upon which sport is based upon is back and there has never been a more tough time for us tipsters to pick a perfect round.

Yes, there are upsets every week and that is the great nature of sport, but predicting AFL results has become a nightmare.

Prime Minister Tony Abbott was the only Herald Sun tipster, along with the dreaded ‘Kiss of Death’, to tip Greater Western Sydney Giants in the first week of the season. Lo and behold, they recorded a stunning upset over the more fancied Sydney Swans.

The first two seasons of both GWS and the Gold Coast Suns rewarded many teams with easy wins, with punters affectionately calling a game against either of these two sides an unofficial bye.

But with continual improvement and development of their young stars, as well as mature-age recruits, they are no longer any easy beats.

The Melbourne Demons can also be included in this group, though everyone saw only a couple of seasons ago they were capable of shocking Essendon at the MCG, as they did Carlton this year.

Regardless of who is playing, there is more than likely going to be a clear favourite. Hawthorn is currently showing that trend – unless they play Geelong.

Watching a game now offers the footy fan the feeling of anxiety and anticipation, as well as enjoyment.

There have been games this season where some pundits and experts have been completely wrong and others who have been proven right.

Delight for the Dees as Blues drop to 0-4. Match report and highlights: http://t.co/OhTlqQcupj pic.twitter.com/EWrbtXukEQ

Only a handful of people envisioned Carlton losing to Melbourne, North Melbourne going west and beating Fremantle (or Sydney for that matter) and St Kilda toppling Essendon.

Equalisation has been a complex and important issue over the past five years and on-field results show that with improved performance comes off-field success.

Port Adelaide are the perfect example, going from 14th to fifth in one season. Over 52,000 members, a brand new stadium and a new club president in the prominent David Koch have all come after the installation of Ken Hinkley as coach, combined with effective list management.

The NFL, which the AFL frequently looks upon as an indicator when making key decisions, has the unpredictability-of-sport model firmly in check. Match outcome is completely unpredictable and any team can beat another on any given day.

This season, that mentality is making its way into the AFL, but this may be because the game is becoming too defensive. We are seeing the lowest amount of points scored in the AFL to open a season since 1968, which is an alarming statistic.

The scoring may be lower, but what would the everyday fan rather see – a game where one side pulverises an opponent by 120 points, or a close contest where the final margin is respectable?

Paul Roos’s influence on the Demons players might be just where that juggling act is taking place. On one hand he is coaching his team to play a certain game style and on the other he has to limit the losses of yesteryear to keep their percentage above 50.

The win against Adelaide on Saturday evening certainly shows that the Dees are beginning to mean business – it was their first win in South Australia in over a decade.

Equalisation off the field will always be a priority for the AFL and rightly so, but equalisation on the field is becoming less of an issue. There are always going to be teams down the bottom of the ladder, but there has never been a worse time to be a betting man in terms of the AFL.

Eliot Bingham is a second-year Bachelor of Journalism (Sport) student at La Trobe University. You can follow him on Twitter: @EliotBingham.