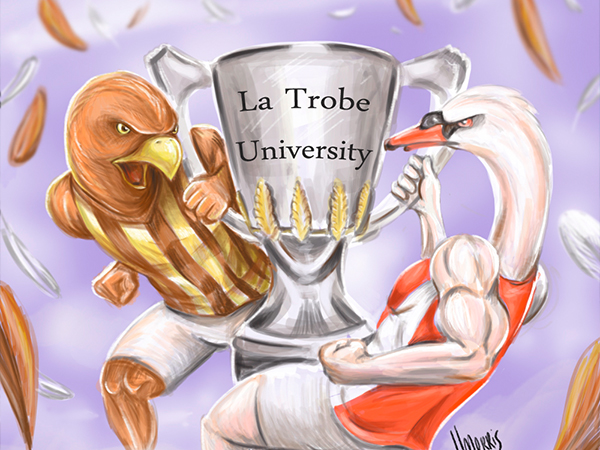 From 1.00pm on Saturday, a team of dedicated students from La Trobe University’s journalism, sports journalism and media programs will be broadcasting a special AFL Grand Final show live from the Melbourne television studios.

The coverage, headed by sports journalism students Sean Munaweera, Jake Keating, Riley Beveridge and Luke De Vincentis, will be streamed online here at upstart, and will review the 2014 season and preview the clash between Sydney and Hawthorn. And David Kennedy will be providing analysis and team news.

And here’s the rest of the team which will make Saturday happen:

Check out part of the interview with Anthony Hudson here, and how Grand Final fever has hit Melbourne here.