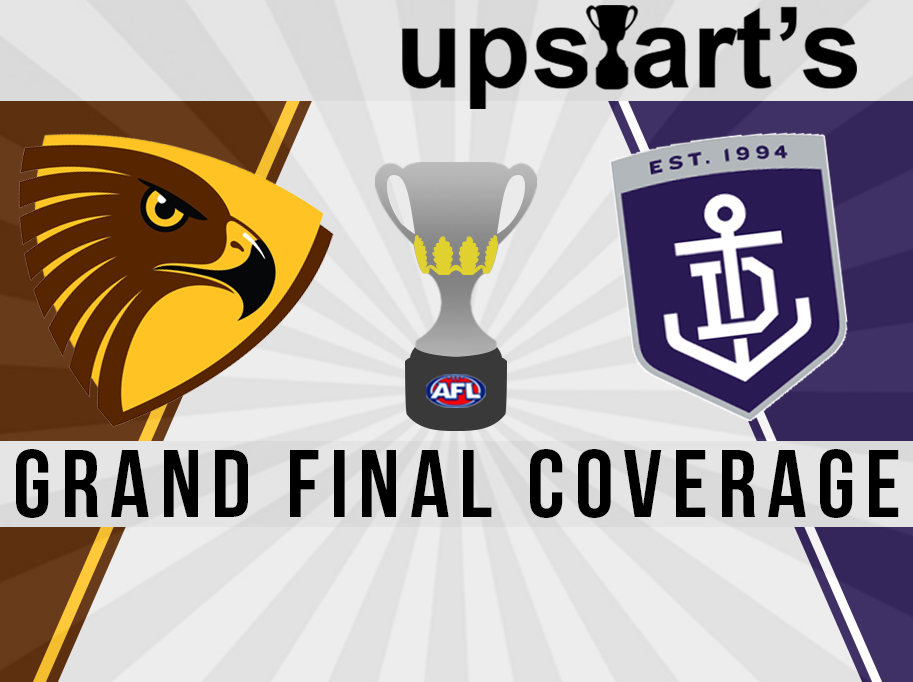 This Saturday, the Purple Haze will witness their team in its first AFL grand final up against the minor premiers.

upstart will be broadcasting live from the television studios at La Trobe University from 1.30pm, with a dedicated team bringing you special analysis of the teams pre-game. Our panel will also share their views at the break, and wrap up all the action post-game.

We’ll also get to hear from ABC broadcaster Gerard Whateley.

We’ll also be tweeting throughout the day, so be sure to follow us on Twitter at @upstartmagazine.

Switch to upstart’s coverage on the upstart home page from 1.30pm AEST this Saturday.