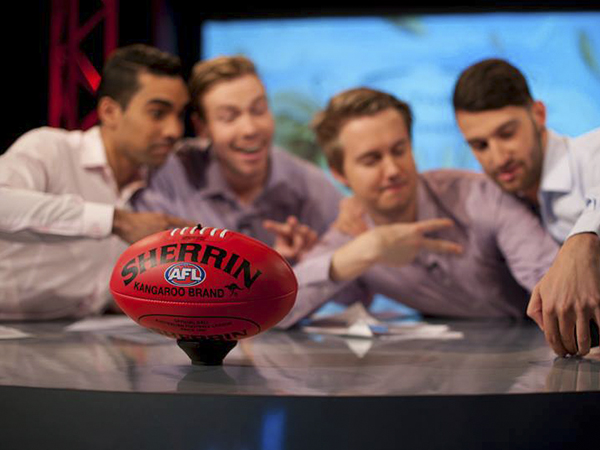 The team of 30 students produced and presented the program from the professional television studios at La Trobe University, which was streamed on the upstart homepage from 1.00pm on Grand Final day.

The coverage began with a discussion of the Brownlow medal, the 2014 season, the match review panel, goal review technology, the ongoing Essendon supplements scandal and other talking points.

If you want a great alternative to channel 7’s #AFLGF coverage, they’re doing a great job at http://t.co/oXug9asOUv #upstartGF