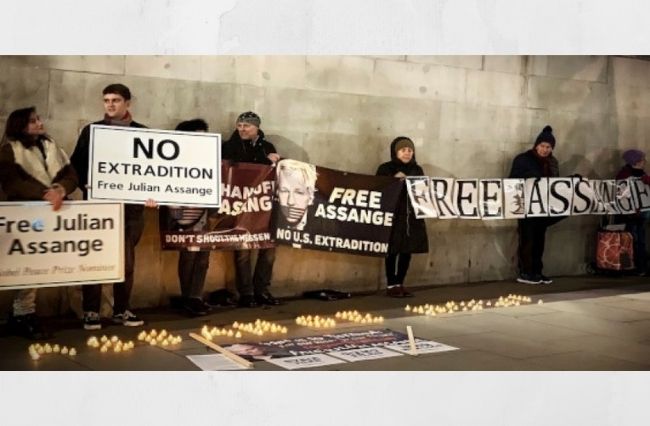 The US government is appealing District Court Judge Vanessa Baraitser’s January ruling that WikiLeaks founder, Julian Assange was at risk of taking his own life, if held under harsh US prison conditions.

On Wednesday, Clair Dobbin, the lawyer representing US authorities, told the British High Court that Assange “orchestrated one of the largest thefts of data in history” and does not reach the threshold of being “so ill” that he cannot resist harming himself.

“It really requires a mental illness of a type that the ability to resist suicide has been lost. Part of the appeal will be that Assange did not have a mental illness that came close to being of that nature and degree,” she told the court.

Dobbin also looked to discredit evidence given by key witness Professor Michael Kopelman, Assange’s psychiatric expert, arguing that he misled Judge Baraitser, covering up the two children Assange fathered during his time in the Ecuadorian embassy in London – an element Assange used later to support his bail application.

Edward Fitzgerald QC, representing Assange, told the court Baraitser was in the best position to assess all evidence and reach her decision, citing that Kopelman’s report was given previous to any court hearing and against a background of concern for the “human predicament” Assange’s partner, Stella Moris, found herself in at the time.

Delivering the latest decision to the court in London, Lord Justice Holroyde said he believed it was arguable that the previous decision had attached too much weight to the psychiatric report, despite it being “very unusual” that an appeal court would consider evidence from an expert that had been accepted by a lower court.

“It is in my view arguable that the… DJ (district judge) erred,” he said.

Two judges agreed on Wednesday to grant the US authorities permission to expand their grounds of appealing Baraitser’s decision to block Assange’s extradition.

Assange appeared in the hearing, via video link from London’s Belmarsh prison. He has been held there since 2019.

Assange has been indicted by the US on 17 espionage charges, and one charge of computer misuse after WikiLeaks published thousands of leaked military and diplomatic documents a decade ago. Combined, the charges carry a maximum sentence of 175 years in prison.

A full appeal hearing is expected to be scheduled for October.

If you or anyone you know needs help:

Photo: By Garry Knight, available HERE. The image has not been modified.