The Barty Party is in full force as she headlines the Australians still fighting for silverware at the US Open. 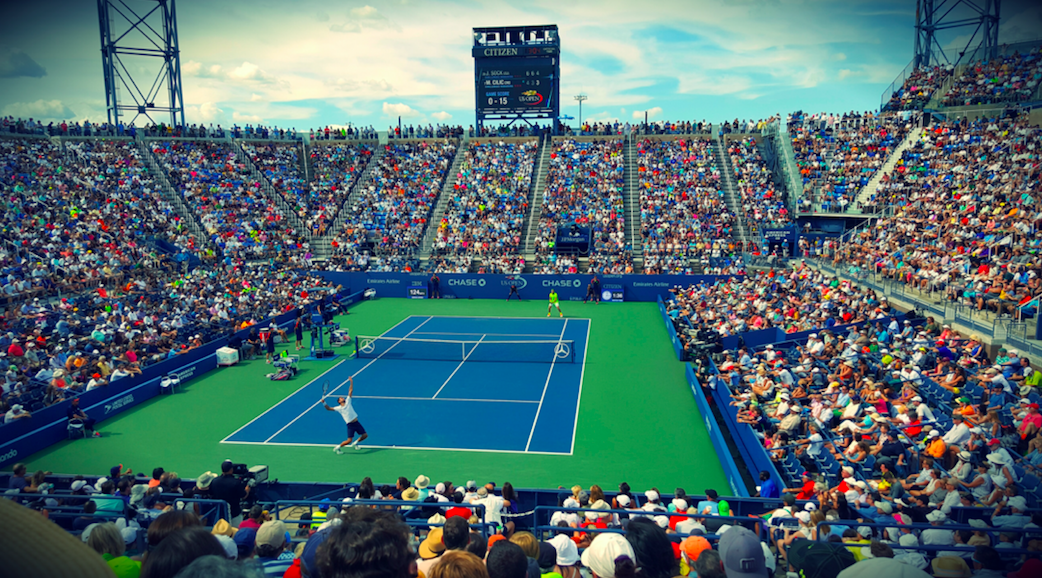 There are still plenty of Aussies to cheer on as Day three of the US Open comes to an end in New York.

World number two Ash Barty headlined the day as she won her way through to the the third round after defeating American Lauren Davis in straight sets 6-2 7-6.

After dropping a set in her first round victory over Kazakhstan international Zarina Diyas on Tuesday, Barty looked more comfortable throughout her match with Davis, serving eight aces.

But it still wasn’t without a fight from the American who tried to derail Barty’s hopes by breaking her serve early in the second set.

Barty fought back however and although she dropped two match points, the 23-year-old defeated Davis in the second set tiebreaker to advance to the third round in the US Open for the third consecutive year.

For the men’s singles, Alex De Minaur will have to wait to see if he will make it consecutive third round appearances at Flushing Meadows after his match against Chilean Cristian Garin was postponed due to rain.

The match had barely passed three minutes before the umpires decided to temporarily suspend the game until the following day. De Minaur will take on world number seven Kei Nishikori in the third round if he defeats Garin.

Day four is set to feature the majority of the Australians that remain in the competition.

All eyes will certainly be on Nick Kyrigos who after controversially defeating American Steve Johnson in the first round yesterday, will face 24 year old Frenchman Antoine Hoang tomorrow.

Kyrigos, who is set to be fined by the Association of Tennis Professionals (ATP) according to ABC news, criticised the ATP in his post-match press conference, labeling the organisation as “corrupt”.

Also a match that will get heads turning but for other reasons, will be Thanasi Kokkinakis’ second round battle with champion Spaniard Rafael Nadal.

Kokkinakis moved on to the second round of the US Open for the first time in his career after claiming victory over Belarus international Ilya Ivashka 6-3 7-6 6-7 6-2, a match that went for nearly four hours and included two set tiebreakers.

This will be Nadal’s second consecutive Australian opponent in this year’s tournament after the number two ranked player in the world defeated John Millman in straight sets in the first round.

Jordan Thompson and Alexei Popyrin also play on Day four with both players hoping to get to the third round of the US Open for the first time in their careers.

In the women’s singles, Ajla Tomijanovic will prepare to do battle with world number 21 Anett Kontaveit. Tomijanovic fought hard in her first round victory over Czech Marie Bouzkova 1-6 7-5 6-1, while Kontaveit is in great form, winning her first round encounter against Spanish International Sara Sorribes Tormo 6-1 6-1.

Tomijanovic joined Barty as the only two women to advance to the second round of the singles competition after Sam Stosur, Daria Gavrilova, Astra Sharma and Priscilla Hon all lost their first round matches.

Photo: People sitting on bench watching tennis event on field during daytime by Raj Tatavarthy available HERE and used under a Creative Commons Attribution. The image has not been modified.