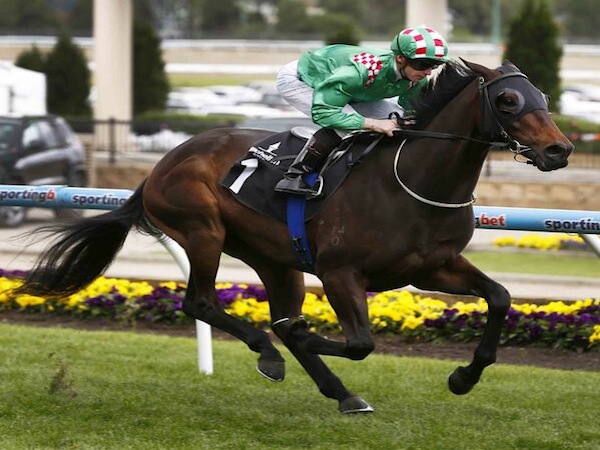 The Melbourne Cup carnival kicks off this Saturday with the best race meeting in Australia, Derby Day.

Upwards of 100,000 race goers are expected to descend on Flemington, in what promises to be a spectacular day of racing.

The Victorian Racing Club (VRC) Derby is the jewel in the crown of this nine race program and will be run at the traditional time of 3:00pm, defying the trend of the past two weeks, where the feature has been the last race on the card.

In a classic Melbourne vs. Sydney battle, it’s the Sydney duo of Savvy Nature and Complacent that share favouritism for the three year old classic, but both will have to overcome wide gates to be victorious.

Victoria will be represented by the feel good story of the Derby, Polanski, who was bought for only $4000 as a yearling, and the horse that he beat home in the Norman Robison, San Diego.

Adding to the day is a host of world-class jockeys who will return to the saddle, including Damien Oliver, Glen Boss and Caulfield Cup winning jockey Nick Hall who all missed last week’s Cox Plate due to suspension.

Let’s help you find a winner and take a look at the key runners for Saturday’s VRC Derby.

Another Sydney raider who has drawn wide in barrier 14, but class should have him right in the finish. Second to Complacent in the Group One Spring Champion Stakes three weeks ago over 2000 metres and a second placing preceding that in the Group Two Stan Fox has the colt in cherry ripe form. Only concern being is that his last win was in March this year, but it’s important to note that gun hoop Craig Williams was aboard that day too.

The favourite before the barrier draw on Wednesday and rightly so. Has won three on the trot including a convincing win in the Spring Champion Stakes, where he beat home fellow contenders Criterion and Savvy Nature. In fairness to the other two, Complacent was box seating a long way home and put the others away who endured tough runs. It has the Snowden-McEvoy factor, who have already combined to win the Caulfield Cup and Thousand Guineas during the carnival. Step up in distance looks like it will suit and will be hard to beat come Saturday.

Another Sydney star who hasn’t missed a place from his seven career starts, including three wins. Was dominant last week in the Vase, which in the last few years has been an ideal guide to the Derby. Although it beat a moderate field – three of which he faces on Saturday – the ease of the victory shows all signs that the distance rise will suit and will be charging home late.

Robbie Laing would be thinking Christmas came early following the barrier draw on Wednesday. Drawing the peg, his main rivals all drew wide and should get a dream run with Hugh Bowman onboard. Bowman is no stranger to winning the Derby, having won back-to-back in 2010 and 2011. The horse can’t be faulted leading in, winning its last two starts over 1800 and 2000 metres respectively, the latter being a really dour and gutsy win in the Norman Robinson. Robbie Laing will be aiming for his first Group One success with a colt who was purchased for a mere $4,000 as a yearling – the VRC Derby has a total prize pool of $1.5 million. No doubt there will be a group of nervous owners following it every step of the way.

Another Darley three year old will be looking to give Peter Snowden his first VRC Derby. A bridesmaid many times before in the biggest three year old race on the calendar, Snowden will be hoping to go one better this year. He also has Tupac Amaru in the race, but after a close up loss in Geelong on the heavy going, it’s difficult to see him challenging the main contenders. San Diego has been consistent without being sensational and has lacked that killer instinct in his last two runs. Looked to have Polanski’s measure in the Norman Robinson before ultimately going down by a short half head. The distance shouldn’t be a problem and has a good finishing burst if ridden back. Has a perfect barrier and certainly one for the multiples.

There has been a lot of long priced winners of the VRC Derby in recent years, none more so than Fiveandahalfstar last year – but the five or six at the top look to be a class above and hard to beat.

Ryan Lepore is a third year Bachelor of Journalism (Sport) student at La Trobe University, and a staff writer for upstart. You can follow him on Twitter: @ryanlepore