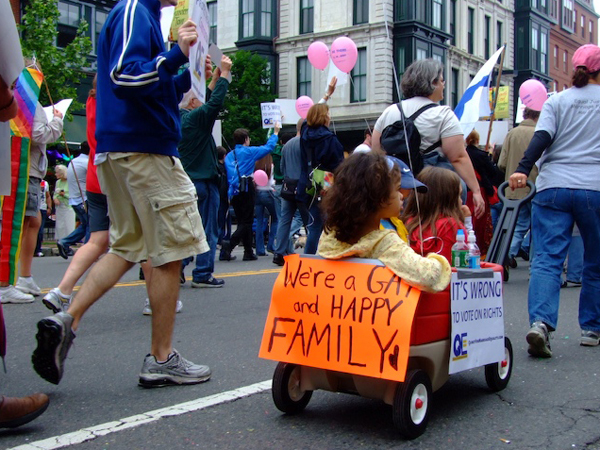 Legislation currently allows any single individual to adopt, but not couples of the same sex.

This means children currently being raised by same-sex couples have no legal connection to one or both of their parents.

Under new laws, all couples, regardless of sex or gender identity, will be able to adopt.

Premier Daniel Andrews announced the introduction of the bill on Facebook last week, where he said the changes were overdue.

“Under our state’s out-dated and unfair laws, only ‘a man and a woman’ can adopt a child in Victoria,” Andrews said.

“We promised to abolish every last bit of discrimination from our laws and we’re doing just that, because under our Labor Government, equality is not negotiable.”

The proposed changes have been met with a positive response, however, some groups have protested same-sex couples’ right to adopt on religious grounds.

The bill will amend the current Equal Opportunity Act to ensure that religious exemptions cannot be used to object same-sex couples trying to adopt.

Upper House MP, Rachel Carling-Jenkins, told the Herald Sun she would be standing for exemptions for religious groups.

“I am not convinced the best interests of the child is served through denying the biological identity of a child having a mother and a father.”

However, minister for equality, Martin Foley, said equality was not negotiable, and the government would continue to work towards strengthening the rights of same-sex couples.

Bisexual woman, Samantha*, tells upstart the proposed laws have lifted a weight off her shoulders.

“If I do end up in a same-sex relationship that I would like to start a family in, I have an option that will allow that to happen,” Samantha says.

“Having been in relationships with men, it never worried me at that point in my life whether I would have the option to start a family because the option was always accessible, and now I feel that if I do end up with a woman, that option will still be accessible to me.”

“Lesbians coming out of heterosexual relationships have kids already, in the 70s and 80s people took to artificial insemination, and of course there’s nothing to stop people living together as families even if they can’t have those families recognised by law,” he says.

Willet also says that legalising same-sex adoption won’t necessarily lead towards marriage equality, but it will assist in the move towards legal equality.

“It would have been better, obviously, if it had happened sooner but it didn’t happen and the fact that it has happened is important.”

Under the new proposed legislation, all pre-existing same-sex relationships formalised under equivalent state and international laws will be automatically recognised as registered domestic relationships in Victoria.

It will also only require one partner in a domestic relationship residing in Victoria to be registered.

*Names have been altered for anonymity.

Taylah Burrows is a final year Bachelor of Journalism student, you can follow her on Twitter here: @TaylahBurrows.