The Victorian Government will be implementing a new recycling system which aims to reduce the amount of waste sent to landfill by 80 percent in 10 years. 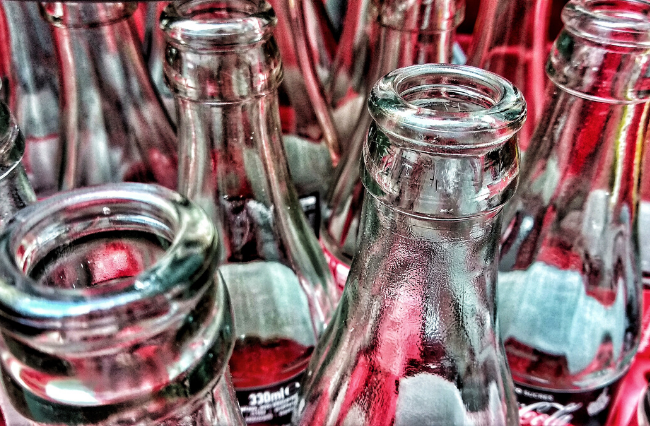 Back in February, the Victorian Government announced a revamp to the current recycling system, one which was partly shaped by advice from waste experts that suggests that glass is one of the biggest contaminants in Victorian kerbside recycling.

Victorian recycling, which had reached a crisis point when China stopped importing our waste in 2018 and SKM recycling plants went into liquidation, would now include a fourth recycling bin and a new container deposit scheme. By 2027, each house will have a green bin for organic waste, a yellow bin for plastics, metal and paper, a red bin for general waste and a new purple bin for glass.

Greens Councillor for the city of Monash, Josh Fergeus, says that this is an overdue but positive transformation for the industry because it will ensure the recycling is less contaminated.

“We had the recycling crisis rear its head and there haven’t been really adequate responses,” he told upstart.

The new system aims to improve the quality of the materials collected, which became necessary after China restricted the imports of 24 streams of recyclable materials by placing strict contamination thresholds and limiting the number of permits given to Chinese businesses that would allow them to import materials.

According to an analysis of Australia’s municipal recycling infrastructure capacity, broken glass is among the biggest contaminants in kerbside recycling. The purple bin, specifically for glass, can prevent glass breaking in the yellow bins or in collection trucks and contaminating other material that would otherwise be suitable for recycling.

Fergeus says it is important to keep glass separate because it can be cleaned, unlike paper, which can come with extra contaminants.

“Glass can be cleaned to quite a high standard and so separating it out from other recyclables is really sensible,” he said.

According to a report published by infrastructure Victoria, reducing the contamination of glass, paper and plastic streams can reduce the cost and complexity of processing.

“Cleaner material streams can improve the performance of material recovery facilities and support the development of end markets for recyclable material,” it stated.

Fergeus says there will be special arrangements for Victorians living in regional areas and people in apartments so that everyone can have access to the scheme.

“There needs to be significant work done with body corporates when there are multiple dwellings or flats and apartments, the body corporate really needs to take responsibility to make it easy for everyone to do the right thing,” he said.

Victoria would be the last state in Australia to have a container deposit scheme.  According to the Victorian premier, Daniel Andrews, it will decrease the amount of waste diverted to landfill while also creating more jobs. While it is not clear exactly what it will look like, the government is assuring Victorians that it will be reliable, convenient and easy to use. The container deposit scheme will also create cleaner material streams, with the added benefit of being able to earn a few dollars.

To back up these supply solutions, the government has included many demand-side initiatives in the state’s new recycling policy.  These include market development grants and infrastructure funding. The funding will be used to attract new and support local manufactures to make new products using recycled materials.

The policy will also be used to develop a Business Innovation Centre which will bring together industries, universities and councils to find creative solutions to waste challenges.

Minister for Energy, Environment and Climate Change Lily D’Ambrosio said in a press conference she is confident that Victorians want to be able to do more to recycle household waste.

“This new system will make it easier for all of us to do our bit,” she said.

Greens Councillor for the City of Monash Josh Fergeus, said that this scheme is the first step in us managing our own waste more effectively.

“It will mean limited behaviour change but it will mean that we are in a position to develop our own recycling industry into the future and produce really good recycled products because we won’t have that contamination, we will have really high quality recycled products available,” he said.

Brittany Carlson is a second-year Bachelor of Media and Communications (Journalism) at La Trobe University. You can follow her on Twitter @media_brittany.

Photo:  Care for a drink? By Vincent WR available HERE  and used under a Creative Commons Attribution. The image has not been modified.