Melbourne is thrilled to receive a large collection of Vincent van Gogh’s work, but sending some of the world’s most expensive art across continents is a frightening task, writes Matt Marasco. 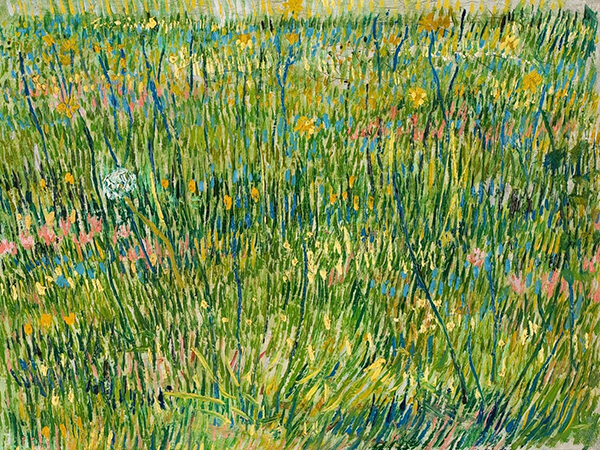 Shipping priceless art is one terrifying job, yet more than 60 great works of Vincent van Gogh will leave the Netherlands to arrive at the National Gallery of Victoria (NGV) next year.

Dr Liz Kreijn, Assistant Director Collection and Presentation at Kröller-Müller says that transporting valuable paintings to the other side of the world requires a great deal of preparation.

“Some of van Gogh’s paintings are in bad condition due to his experimental use of materials,” Kreijn tells upstart.

“Sometimes work needs to be done to the frame of the artwork so the painting will look its best when shown in an exhibition.”

The works are very fragile as they were painted over 100 years ago and are no longer as robust as they once were.

Gallery conservators begin the process by reviewing the condition of van Gogh’s works to determine if they can travel.

“They will calculate the transport time and write a report that will travel with the artwork to be checked upon arrival,” she says.

Van Gogh’s work will then be packed by art handlers and storage experts before it is shipped to Melbourne by external companies that specialise in the transport of art.

Most of the collection en route to the NGV has never been seen in Australia before.

The selection of works includes an approximate 40 paintings and 25 drawings that revolve around the seasons.

Senior curator of international art at the NGV, Dr Ted Gott says that van Gogh had a lifelong admiration for the four seasons and their associations with the cycle of human life, infancy, youth, maturity and old age.

“Van Gogh’s fascination with the cycle of the seasons was symbolized by the annual recurrence of sowing or planting, growth and harvesting,” Gott tells upstart. 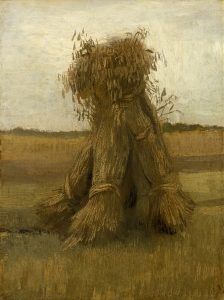 “This was expressed most forcefully in the life cycle of wheat,” he says.

The changing of seasons also had a practical impact on van Gogh’s work.

Van Gogh scholar and Senior Lecturer at La Trobe University, Dr Vincent Alessi says that summer and spring allowed van Gogh to paint outdoors, while winter forced him to work within the studio.

“He focused on drawing and painting portraits indoors but he completed many iconic landscape masterpieces during the warmer months,” Alessi tells upstart.

“The seasons also represent the cycle of life and spring was a time of renewal and rebirth.

“It is during this season that van Gogh painted his wonderful cherry blossom paintings in Arles.”

Cherry blossoms live a short life and so did van Gogh.

He died from a self-inflicted gunshot wound at the age of 37.

Part of van Gogh’s resonance with audiences is his traumatic life story that is well-documented.

“He was a struggling artist who only practiced for 10 years, severed his ear and then died tragically,” Alessi says.

Van Gogh was in a psychiatric hospital in Saint-Rémy-de-Provence, France at the time he severed his ear.

The Garden of the Asylum at Saint-Rémy is one artwork from a series that he produced while he was there.

Kreijn from the Kröller-Müller Museum says that this painting was a favourite in a van Gogh exhibition in Japan recently.

“It made visitors very happy, although it was painted while the artist was staying in the asylum to recover from his attacks,” she says.

Van Gogh devoted himself entirely to his art to produce over 1,000 pieces of work in a ten-year period.

He created a body of work which was revolutionary in its colour and vigour.

“Within a decade, he was transformed from a painter of the dark and moody Dutch model to one of the great colourists of the last 120 years,” Alessi says.

“To have a major exhibition of van Gogh’s works come to Australia is immensely important and in many ways is a once in a generation event.”

Van Gogh and the Seasons opens at the NGV in April 2017.