VR and AR have revolutionised simulation by being more accessible and opening the door for practising skills anytime, anywhere. 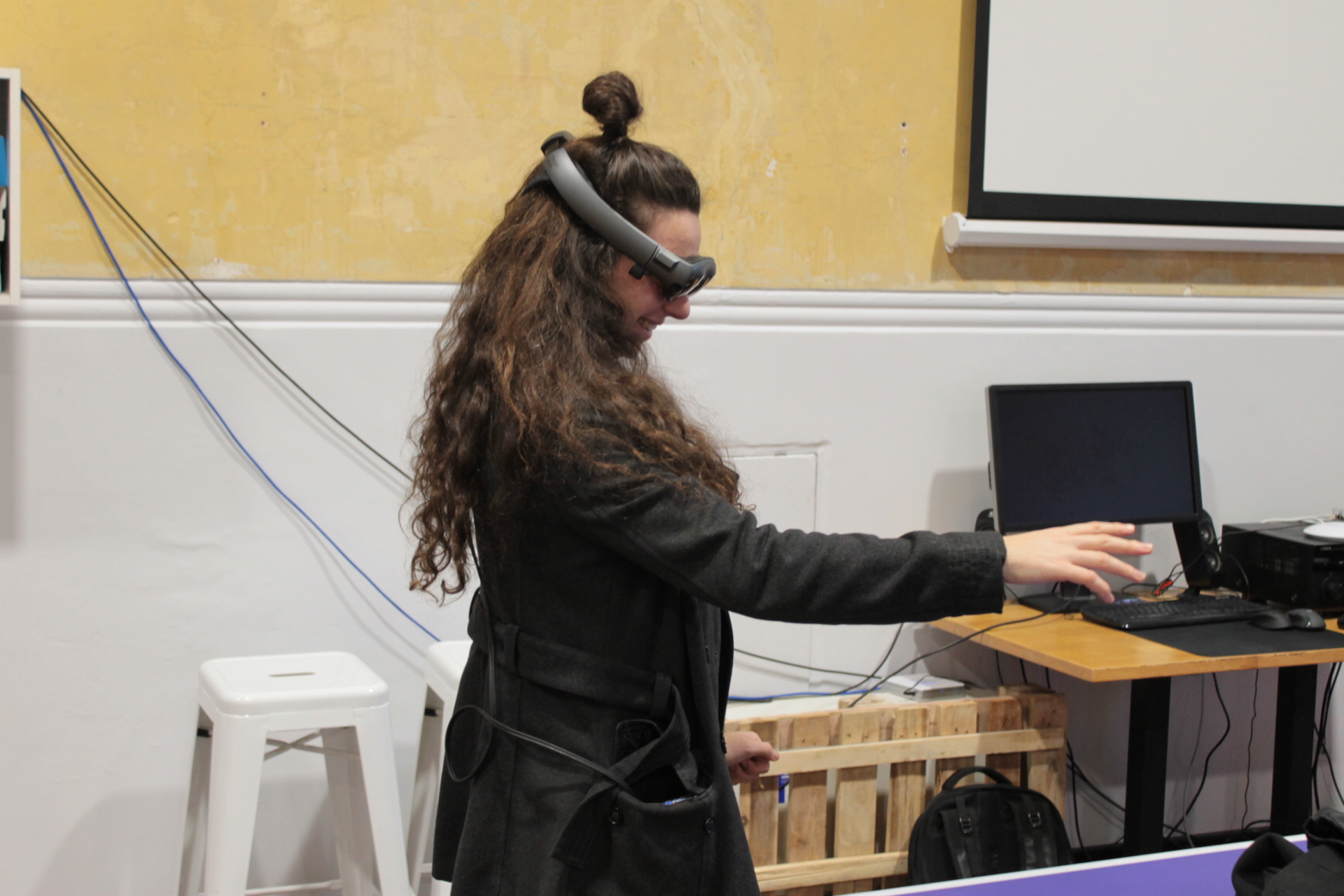 When I put the goggles on, a new world slowly materialises around me. My eyes are drawn to a shoal of tiny fish swimming swiftly, as if the air of the room had suddenly turned to water. Below my feet and on the table on my left, algae and water plants are undulating, as if brushed by invisible waves. A purple jellyfish appears in front of me and quickly floats away when I push it with my hand.

This overlay of computer-generated content on the real world is called augmented reality (AR). It is the same technology that allows you to catch Pokémon in your bedroom through your phone screen.

People often associate AR with virtual reality (VR), the kind of technology used in gaming that transports the bearers of VR headsets into an entirely artificial environment, experienced through sight and sound.

A survey of start-up founders, tech company executives, investors, and consultants, found 59 percent of respondents believe private investments directed to the development of AR and VR in 2019 is going to the gaming industry. But immersive technologies like AR and VR are now being used as an innovative learning tool rather than a simple entertainment gadget.

There are some things that are hard to conceive, things that one cannot just simply see in their day-to-day life. The impact of climate change on the environment is one of them, and that is when the endless possibilities offered by AR and VR technologies are a game-changer.

PHORIA, an immersive tech studio based in Melbourne, worked in collaboration with the World Wildlife Foundation (WWF), Google and Netflix on an interactive project called REWILD Our Planet. According to Samuel Tate, one of PHORIA’s designer the idea was to sensitise people on global warming and the damage being done to the earth. They wanted to “create a project that would cut through the noise.”

The social augmented reality experience was released in science and arts centres in Singapore, New York City and Bristol (UK).

“People see up on a big screen the things that are being done that damage the planet. Then below that screen is an environment that slowly gets eroded in 3D around them,” PHORIA designer Samuel Tate told upstart.

Then there is a change of scene, and English broadcaster David Attenborough appears, and offers solutions to save the planet. At that instant, the augmented reality animation starts changing and the public witnesses their virtual world starting to heal.

“As they walk around, they realise that it’s them having an impact and they are part of that solution. And that if they work together, they can actually heal these biomes of nature,” Tate said.

According to him, VR and AR create a high activation of different parts of the brain, stimulating people’s memory.

“When you see the content and you are interacting with it, you are sharing a space with it, it is a lot more real,” he said.

“I guess a dramatic example would be the difference between being in a car crash versus seeing a car crash. You are having an experience rather than just being a witness of it.”

A study conducted by the University of Maryland found people learn and recall better when being immersed in virtual environments, as opposed to more traditional platforms like books or computers. The professor behind the study, Amitabh Varshney, believes his research will open the door to further studies looking at the impact of VR-based training modules, and that the future of education will benefit from the use of these new visual technologies.

WWF is not the only company using immersive technology to make an impact on people. American company Hydrous is working on multiple VR projects to generate awareness around the threat climate change poses to the corals and oceans. Hydrous CEO, Dr Erika Woolsey, believes VR can be a powerful tool to connect people to threatened marine ecosystems.

“Few people get to travel beneath the waves, and many perceive the ocean as scary or even empty, so how can we protect what we don’t see or think about?” Woolsey said.

Immersive technologies can also be helpful in learning about our past by bringing deceased historical figures back to life.

A Miscarriage of Justice is a documentary that uses VR, AR and 3D scanning technologies to tell the story of Ronald Ryan and Jean Lee, the last two people executed in Australia. The immersive experience will be accessible to people visiting Pentridge Prison, Victoria, where the executions occurred.

The idea behind the project is to educate the visitor and to create more engagement by immersing them into the storyline as characters.

Atalanti Dionysus, creative director at Atalanti Films and producer of the documentary, wanted A Miscarriage of Justice to raise awareness around capital punishment by having the audience experience it at close range.

“By keeping it location-based and offering new experiences to visitors of historical sites makes it far more engaging and immersive than reading a tour guide booklet or viewing an online website,” Dionysus told upstart.

Dionysus’ company is now looking at extending its service to creating AR and VR projects bringing history to life for the education sector.

“I think it’s an astonishing way to educate people about historical moments by transporting them into that space. VR/AR virtually lets you go back into time,” she said.

VR helps users understand situations, people, and events that they would otherwise never have a chance to experience.

Some schools and universities believe in the value of VR enough that they have started introducing VR goggles to their classes. In Australia, companies such as Class VR, are offering their services and selling VR headsets to educational institutions, allowing students to take field trips around the world or participate in lab experiences without having to leave the classroom.

“I am excited by the possibilities that lay ahead for education using mixed reality technologies and hope to be involved in helping mould and shape that space in the future,” Dionysus said.