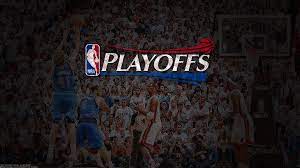 It was an action-packed weekend of sport featuring AFL, NBA, F1, Netball, and Cycling.

AFL: Carlton, Geelong, the Bulldogs, GWS, and Essendon were all comfortable winners across Round 10 at the weekend. On Friday night, Brisbane toppled the reigning premiers Richmond by 28 points at the Gabba to flex their premiership muscle. Fremantle piped Sydney by 2 points at home on Saturday, while both the South Australian sides were 1-point winners. The Adelaide Crows dashing Melbourne’s hopes of starting the season 10-0 with a dramatic finish.

NBA: The 2021 NBA Playoffs have begun. With the top eight teams of both the Eastern and Western Conferences qualifying for the playoffs. Ben Simmons’ Philadephia 76ers finished top of the table in the 2020-21 season and have already recorded their first win in the playoffs beating the Wizards 125 – 118. Reigning premiers the Lakers fell short by nine points losing Game 1 against the Suns 99-90.

Netball: After four rounds of the Suncorp Super Netball, the reigning premiers Melbourne Vixens are yet to get a win on the board sitting at the bottom of the table. Crosstown rivals the Magpies are sitting in the fourth spot after two wins and two losses. The Giants are in exceptional form currently undefeated sitting at the top of the ladder.

Cycling: The 15th stage of the Giro d’Italia was neutralised after a huge crash at the start of the stage which saw five riders not finish the stage. After an estimated 30-minute delay, racing started again on a mountainous stage which was ultimately won by Belgian Victor Campenaerts of Team Qhubeka Assos.

Photo: NBA Playoffs by Michael Tipton available HERE and used under a Creative Commons Attribution. This image has not been modified.